The police in Antwerp will not take any extra security measures for the upcoming live show on November 28 in the Sportpaleis for now.

There will be extra police in the Sportpaleis area, the organisation will take it upon them to do the security checks and military might be ordered to keep an eye on things as well.

There are already quite a bit of people at the Palau St. Jordi in Barcelona, a bit of a chaos to be exact. When you arrive you will get a number and you have to be present at 20:00 and 06:00 local time to be ‘counted’.

When you are there with more people, at least one person has to stay overnight, for a maximum of four people. Someone from Live Nation was present and the list they have now, they will be dealig with.

The latest from Live Nation regarding the upcoming Rebel Heart shows in Amsterdam:

-Live Nation strongly advises NOT to queue overnight before the show, this because of the extra security taking place at the scene. It is not forbidden at this point, however there is still a good chance police will remove everyone spending the night in front of the Ziggo Dome.
-People are allowed to bring in camera’s, however professional camera’s (and with interchangeable photo lens) will be refused at the door, so make sure to check what camera you have before taking it with you. Do not use flash when photographing and do not bother those around you with your camera. Video and or audio recordings can only be used for your own private personal purposes.

When sharing, please be so kind to credit MadonnaUnderground as the source

Since it’s almost time to finally welcome to Rebel Heart Tour in Amsterdam; the promotion has picked up again. Billboards and posters have been spotted all around Amsterdam and the commercial has been aired on TV a few times. Haven’t bought your tickets? Please be sure to click the Buy Tickets banner to your right. 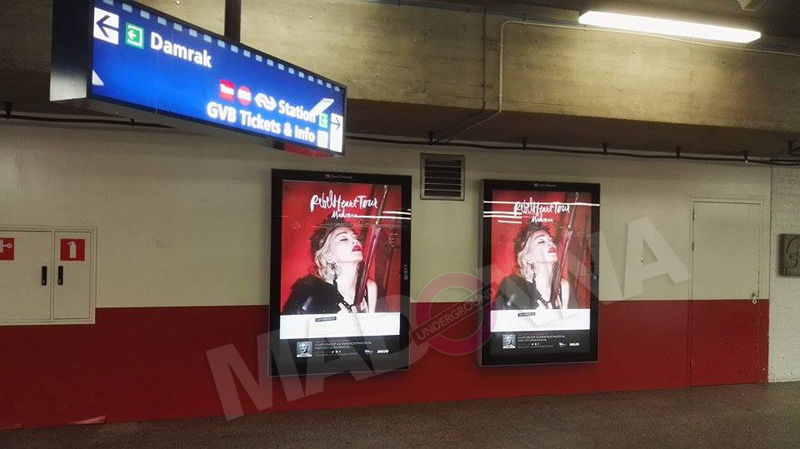 There was a one time showing of the In Bed With Madonna sing-a-long in Aribau Multicine in Barcelona. Chris from DivinaMadonna, the Spanish fanclub, made sure I got a ticket so I went with them.

It was amazing seeing the film in a cinema again, it played in a very large theater which was almost sold out. Before the theater opened, there was already a long queue in front of the door. The atmosphere was great, so cool to experience this and the audience was very into it. Everyone sang along, laughed to the good oneliners and applauded throughout the movie.

An amazing way to start the Rebel Heart Tour in Barcelona. 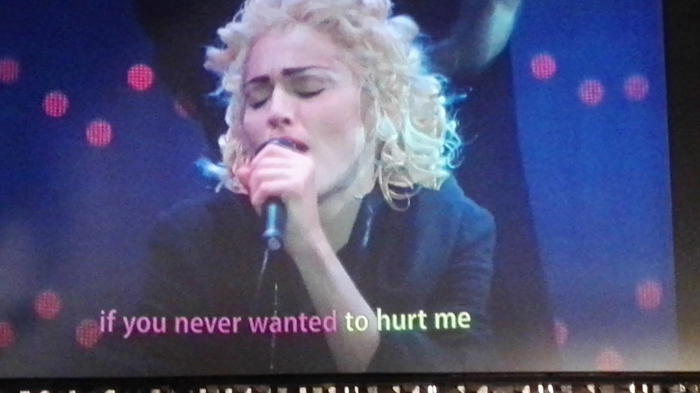 It might have been due to the dreadful weather, but it was extremely crowded on this edition of the mega record and cd fair in Utrecht. It felt like being back in ‘the good old days’ where every music lover came together and had fun searching through the thousands of records that dealers brought with them.

Yes there was a ton of Madonna stuff around this time (finally) and thank God for a lot less bootlegged vinyl LP’s than previous editions, making this edition all the more worthwhile for the serious collector.

Photographer George DuBose was there and presented his brand new Madonna…RAW book here. We premiered the full artwork just a few days ago and you can buy it directly through Amazon by clicking the banner to your right. The book is fabulous with a TON of early photographs taken of Madonna, including a rare look at the setlist she performed back in 1981 and I can tell you that a lot of song titles do not ring a bell with me. Very interesting stuff, a true must-have in any Madonna collection. George also brought along beautiful enlarged genuine photographs of the ones he took of Madonna, and he is nice enough to sign one for you with purchasing one. Also for sale completely unique t-shirts with one of his Madonna photographs on it. Recommended for any Madonna fan.

Some highlights were the original USA Promo LP for Like a Prayer complete with patchouli scented presskit, Japanese Like a Virgin cassette, Philippine Like a Prayer 12″, lots of original posterbags, movie pressbooks, press photo’s, rare posters and yes an (obviously unofficial) blu-ray including the Rebel Heart promo Tour, but a nice goodie to own.

The fair is open tomorrow too, visit www.recordplanet.nl for more info 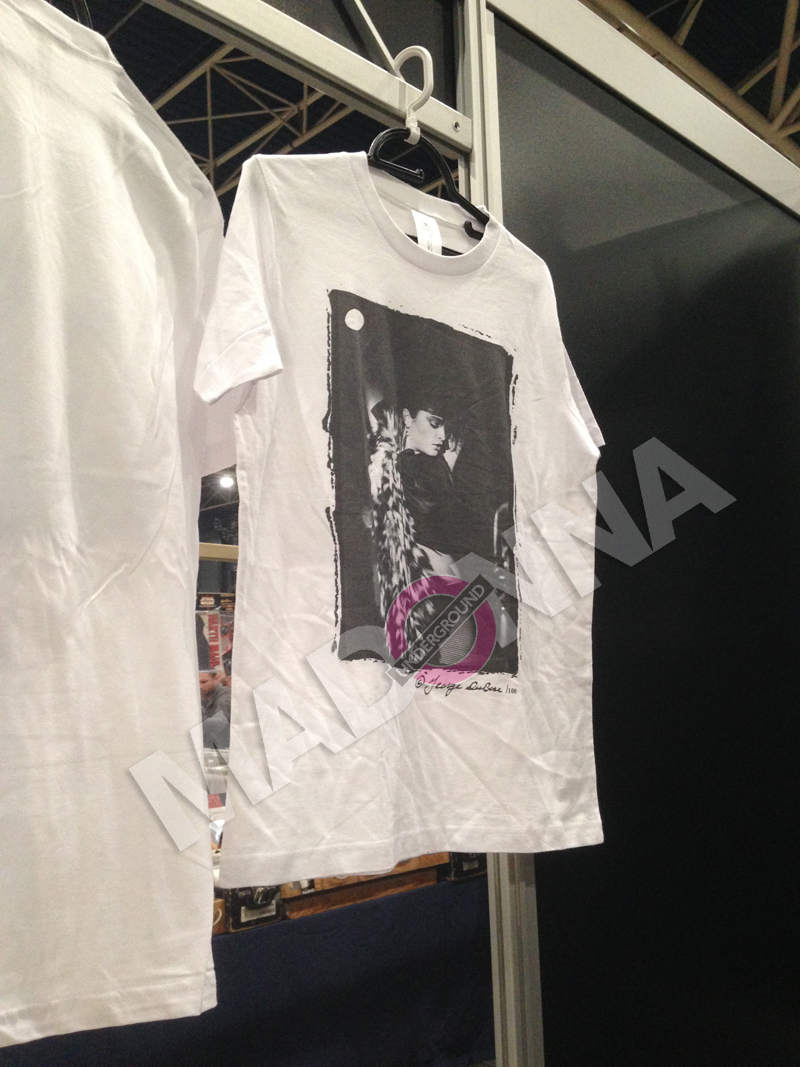 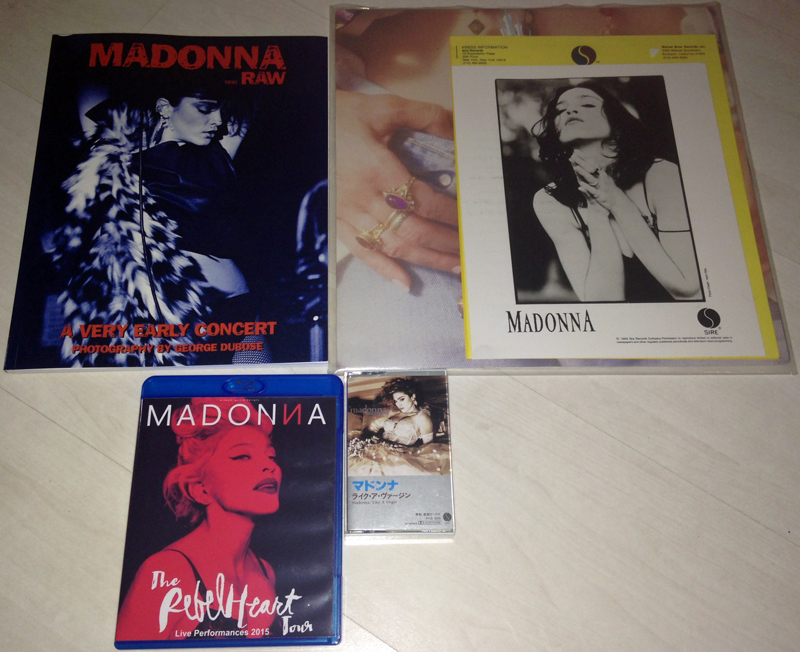 Important information regarding security at shows in Barcelona! 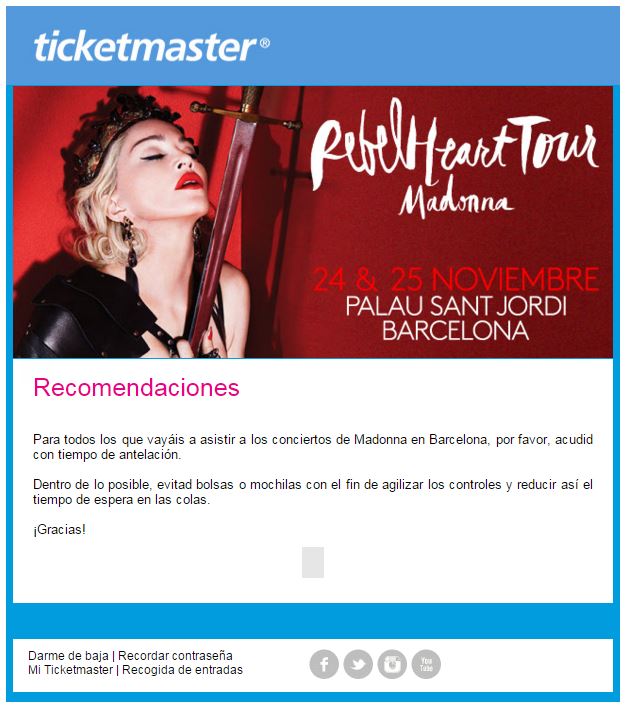 donna has the power to unite music and Game of Thrones. HBO’s Natalie Dormer and rapper/producer Timbaland stopped by Bravo’s Watch What Happens Live on Tuesday and dished what it’s like to work with the Queen of Pop.

The producer, who has previously collaborated with Madonna on her song “4 Minutes,” admitted to Andy Cohen that “she’s like a real boss.” He continued, “You kind of be nervous because she’s like very stern.”

Natalie quickly chimed in, “But she likes people who challenge her back.”The Game of Thrones’ star who is currently promoting her latest Hunger Games film, Mockingjay Part 2, has worked with the singer in the past. Madonna cast the 33-year-old in her 2012 directorial debut film W.E.

Agreeing that the “Material Girl” singer likes a challenge, Timbaland said, “She really does. You can’t give into her. And that’s how she gets her… If you jump back, you’re weak.”

Madonna isn’t the only big name Timbaland has worked with. The 43-year-old rapper has also collaborated with Justin Timberlake on his 2002 hit song “Cry Me a River.” When asked by Andy if Justin had discussed his former flame Britney Spears during the song process, Timbaland revealed, “Yes.” But that doesn’t mean the song was about the popstar! Instead, Timbaland said the song “was a mystery.”

And while Timbaland has never worked with Justin’s ex, the “Sometimes” singer has been linked to Madonna. The two famously shared a kiss onstage at the 2003 MTV Video Music Awards.

November 21 & 22, 2015 the Jaarbeurs Convention centre in Utrecht will host the 44th edition of the Mega Record & CD Fair. An event that in the past 23 years has enjoyed international acclaim and made its name as the place to be for music fans, crate diggers, deejays and vinyl lovers. Packed with exhibitions, live performances, book signings and over 500 dealers from all over the world the fair offers the greatest choice of vinyl, cd’s and pop memorabilia. Don’t be surprised if you bump into artists searching for their own original productions. 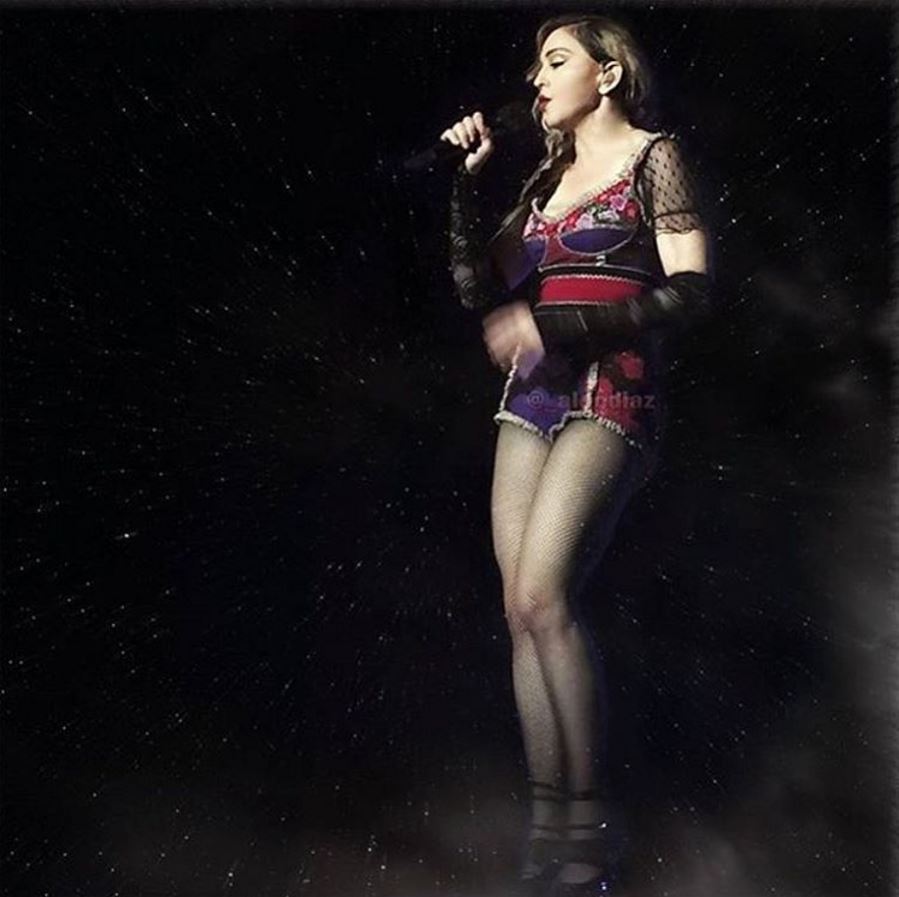 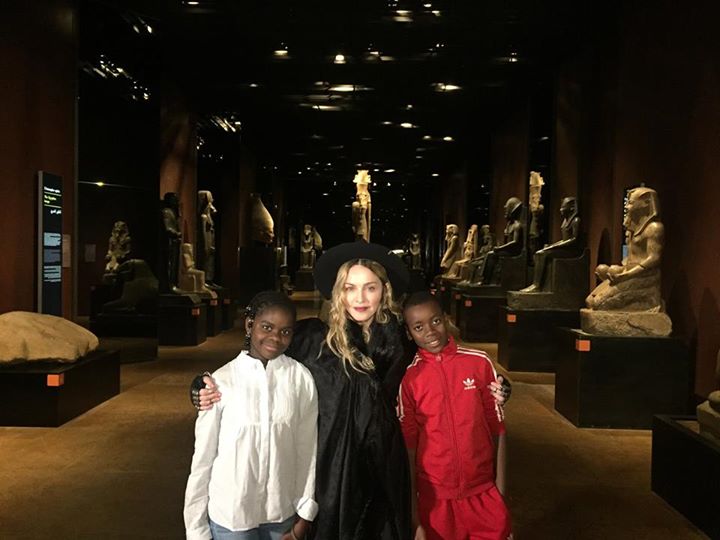 Outdoor ‘In Bed with Madonna’ screening will overlook Sydney Harbour

Mardi Gras and Queer Screen have today announced they’ll celebrate the 25th anniversary of the Madonna film documentary In Bed with Madonna by playing it on the huge Harbourside screen overlooking Sydney Harbour in February.

Titled ‘Truth or Dare’ in America and ‘In Bed with Madonna’ elsewhere, the film was shot during the Blonde Ambition Tour and first screened at Cannes in 1991 It was the highest grossing documentary of its time and has gone down as a cult classic of its genre.

It’s an intimate, all-access film, following Madonna through health troubles as she loses her voice on tour, through a difficult return to her hometown of Detroit, and through tension with then-partner Warren Beatty.

See the trailer for ‘In Bed with Madonna’ below.

Queer Screen and Mardi Gras have scheduled In Bed with Madonna at Harbourside 16’s outdoor screen at Fleet Steps set against Sydney harbour for after 8pm – as the sun sets – onWednesday 24 February.

You can book for the special ‘In Bed with Madonna’ screening here.

The last time she was here was during the Girlie Show tour way back in 1993, on the back of her Erotica album. Over 147,000 people turned up to see her over three nights at Melbourne Cricket Ground.

Madonna’s Hung Up is 10 years old Now that’s what you call a comeback – it’s a decade since Madonna went disco and ruled Number 1. She’s had more reinventions than Sugababes have had lineups, but 10 years ago this week, Madonna was in the middle of her most sensational new look yet.

How do you reckon most popstars might follow an album that hadn’t been as well received as expected? Go away for five years? Give up altogether? Release an album full of angsty songs? Maybe. But not Madonna. After American Life got what you might call a lukewarm reception, Madge nipped down to her local dancewear shop, bought all available stocks of leotards and came back with Confessions On A  Dance Floor, a solid danceathon packed with disco bangers.

And its lead single? Why, it was Abba-sampling Hung Up, of course. 10 years ago this week, Madonna went straight in at Number 1 with the floor-filling anthem. To celebrate, we look back at some of the stats and facts around what would be a global smash for Madge.

Click HERE to read the full article by OfficialCharts.com

Important information regarding extra security at shows Bercy in Paris!

Straight from spokesperson at Bercy: