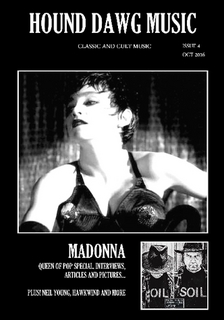 The author of Madonna: On Screen and The Music Of Madonna has just released a new version of Hound Dawg Music Issue 4. It contains a load of Madonna articles including: 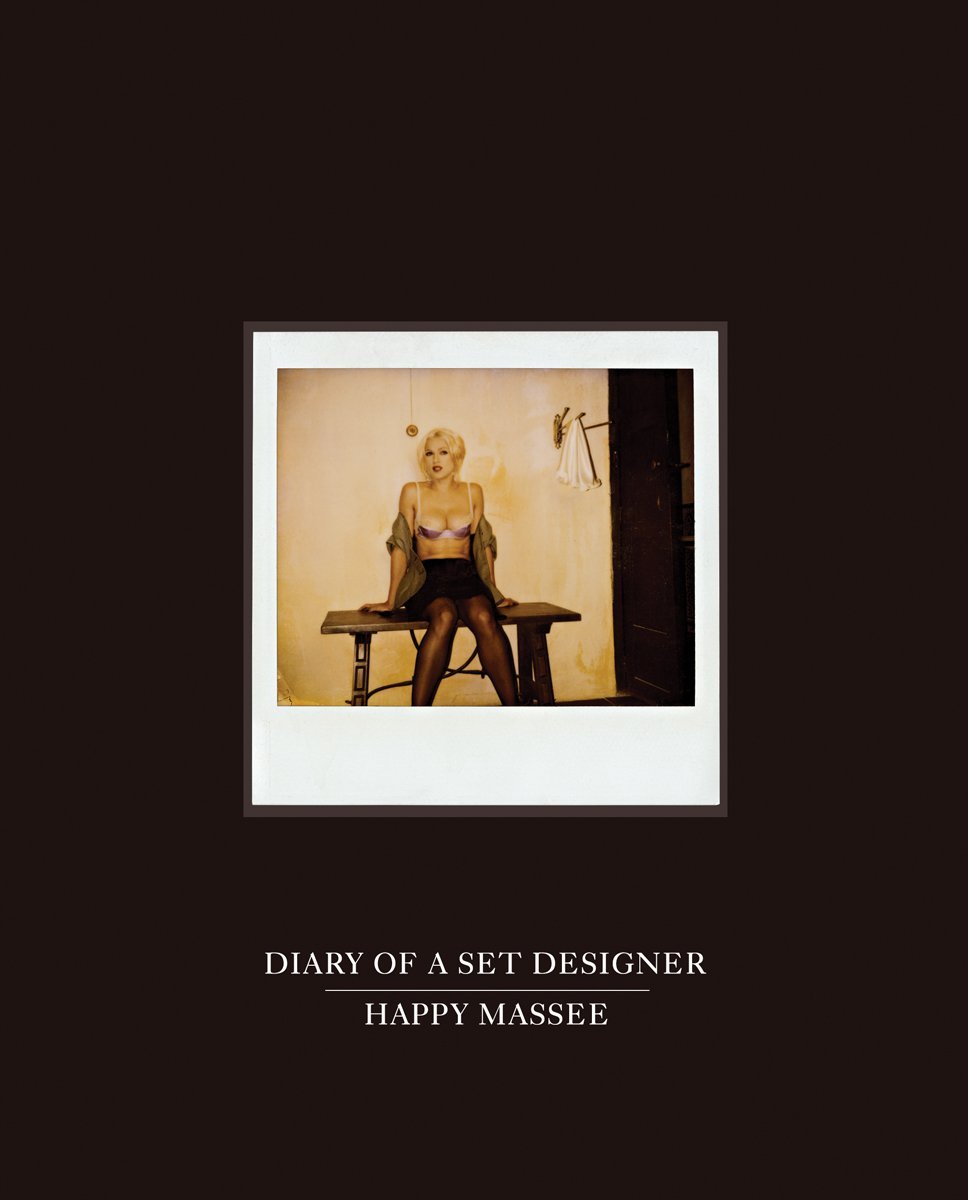 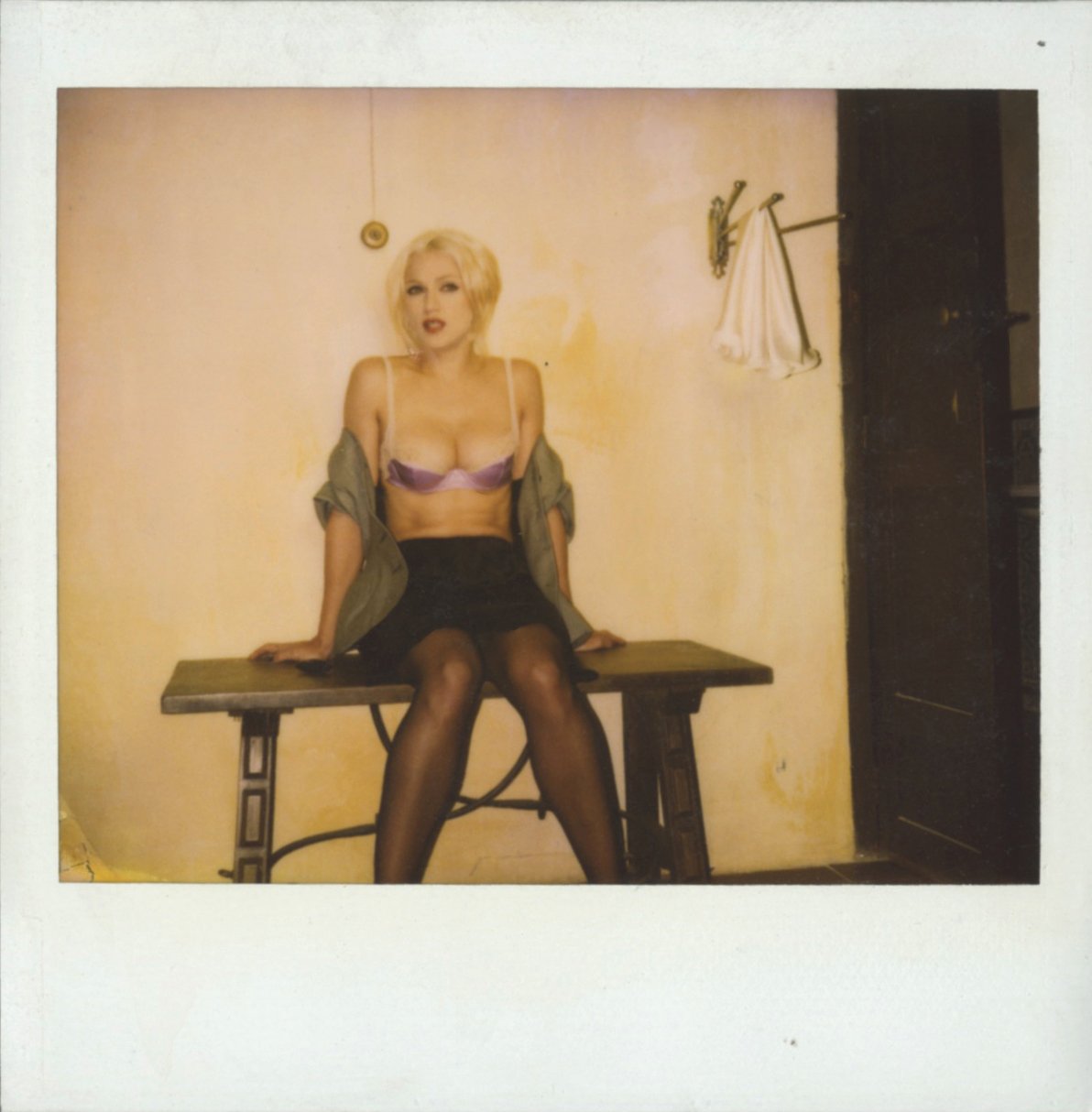 Diary of a Set Designer is a book of Polaroids taken over 25 years by Happy Massee while traveling the world as a production designer. The photographic journal is a journey through time, with a collection of images taken with the now-defunct Polaroid camera–which, at the time, was essential to the art of designing for film.

Madonna is charging fans $150,000 to see her Art Basel concert this December

However the Material Girl, 58, can justify the high price tag as it is all in the name of charity.

Madonna is the star performer at Art Basel Miami at Faena Forum on December 2nd with her show acting as a benefit for her Raising Malawi charity.

Only 400 guests will be able to attend the event with the cheapest tickets available at $5K (just under £4K).

Ticket prices go up from there and can include a meet and greet with the singer, and with the evening promising to be full of ‘music, art, mischief and a live performance with Madonna’.

The top price of £116K comes with a table for 10 at her gig, access for four to a VIP cocktail reception and photograph with Madonna.

The Raising Malawi charity vows to end ‘the extreme poverty and hardship endured by Malawi’s 1.4 million orphans and vulnerable children,’ in the African country.

Updating fans with current projects in Malawi, Madonna (who adopted her daughter Mercy from the country in 2009) shared a photograph on Instagram of a pediatric hospital being built and urged fans to donate to the cause.

Full details for the fund raiser in Miami this winter can be found by emailing tickets@raisingmalawievent.com – and there is an option to make a donation if the ticket price is too high.

The pop superstar, fighting efforts by her Central Park West co-op to keep her family and hired help out of her apartment, argued in court papers that the tony building’s managers knew exactly whom they were letting in when she started living there in 2004.

“At that time, I was, and still am, a world-known performing artist,” the Material Girl sniffs in a Manhattan Supreme Court filing against One West 64th Street, which has objected to the comings and goings at a second unit she bought there in 2008.

“At that time, One West knew or should have known that I traveled extensively and owned other residences.’’

She adds that the building “is a place I call home. It is there that I have my cherished personal effects and property such as artwork, paintings, sculpture, special furniture and the like.’’

The “Bitch, I’m Madonna” singer is suing the co-op for trying to enforce strict residency requirements on who is allowed inside her unit while she is not there.

In new Manhattan Supreme Court papers obtained by The Post, Madonna and her lawyers say the board’s actions violate a state “roommate law” that “renders unenforceable lease clauses that attempt to restrict a tenant’s rights to use her apartment for her immediate family, a roommate and the children of the roommate.”

The filing suggests the singer doesn’t have time to be bothered with such legal shenanigans.

“Certainly such a requirement is ridiculous and impossible for almost any family to comply with, and certainly not someone with plaintiff’s itinerant schedule,’’ the documents say.

“To be sure, One West knew the plaintiff’s living, working, traveling lifestyle as a celebrated entertainer when she purchased the apartment; One West never objected,” the recording star’s lawyers claim in the papers.

Madonna said that the apartment is her primary residence.

“I would like to have my children and a domestic employee reside . . . with me,’’ she wrote.

Lawyers for building managers could not be immediately reached for comment.

Madonna has four children — Lourdes Leon, 19, Rocco Ritchie, 16, Mercy James, 10, and David Banda Ritchie, 11. She has been married and divorced twice: first to actor Sean Penn and then to British director Guy Ritchie.

Madge recently settled her custody dispute with Ritchie over their son Rocco, who skipped out on his mom while they were on her 2015-16 Rebel Heart tour in London and took shelter with Dad. 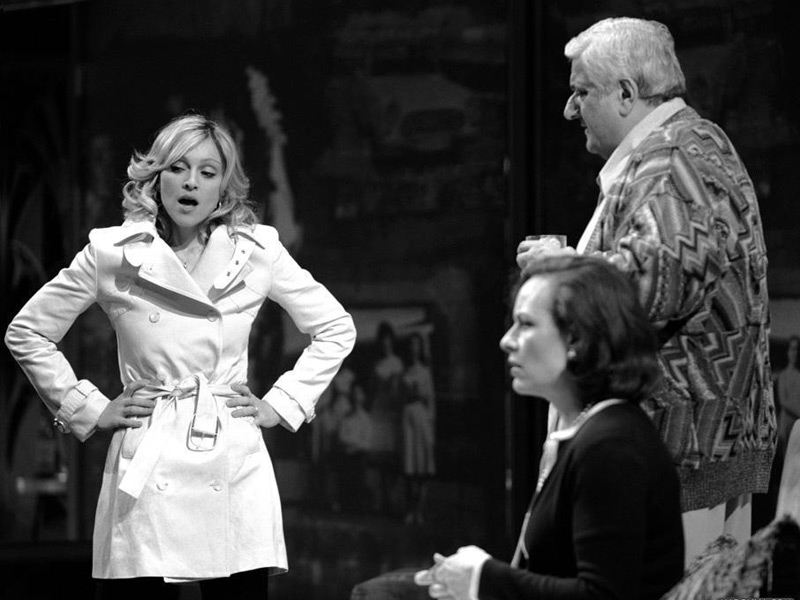 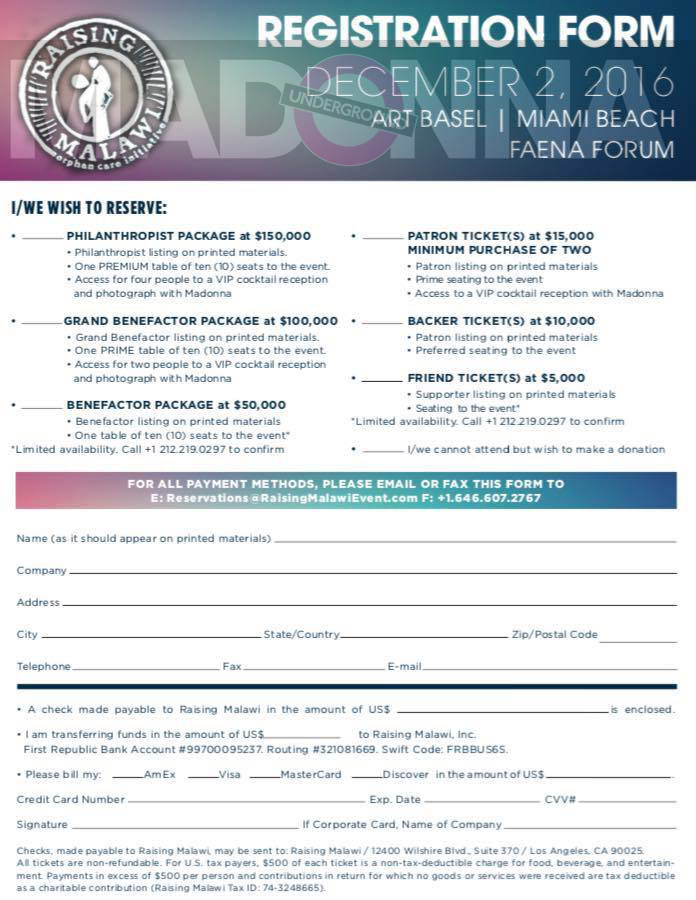 A new fabulous Madonna tote bag is available at Target, they ship worldwide (shipping fees are not cheap though), the price of the bag is only €14,23.

Click here to order, if you don’t see the bag at once please scroll to the right 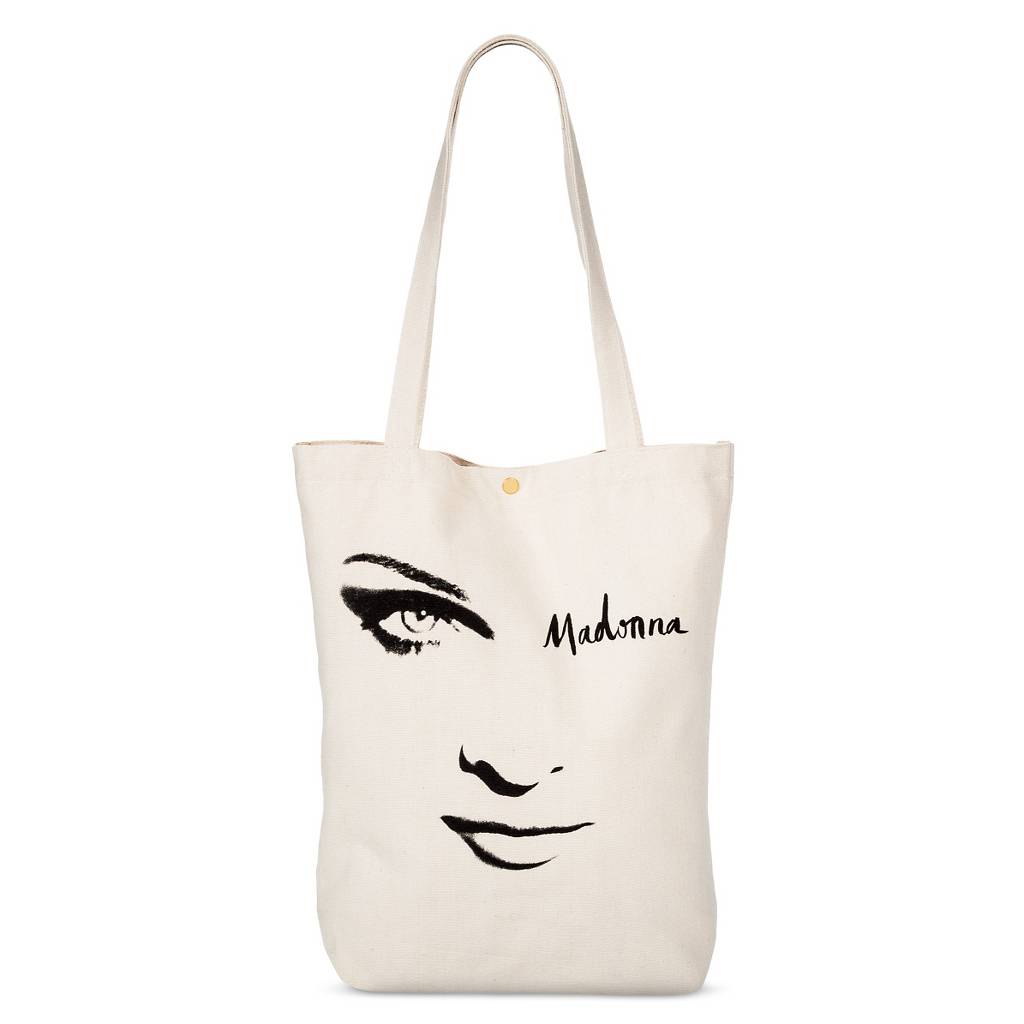 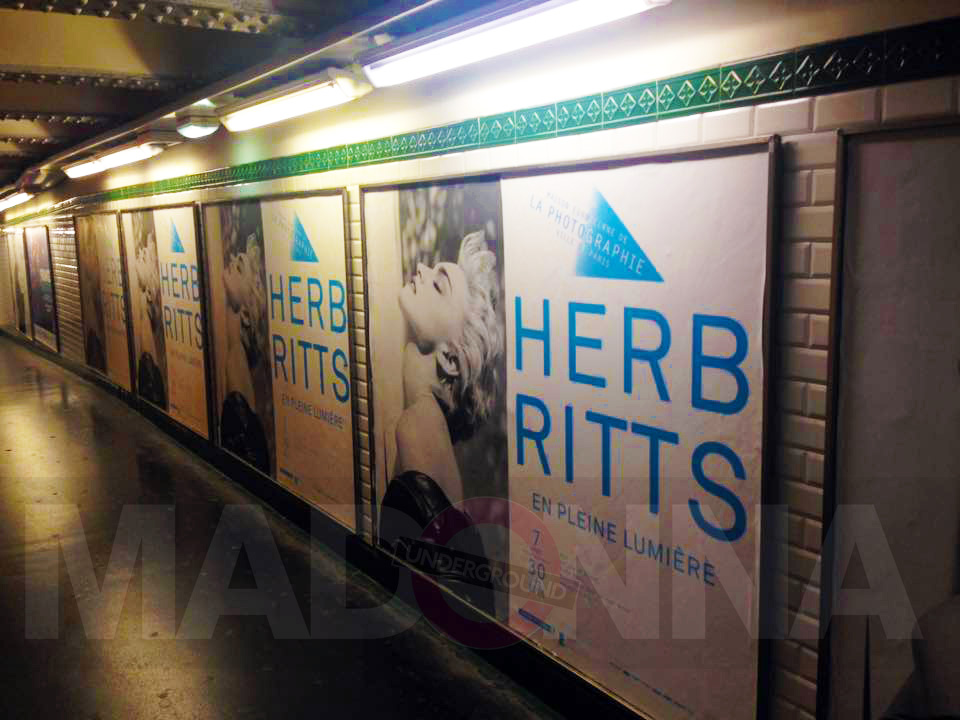 This picture comes from Opera subway station in Paris (THX to our friend @Florent L.)

Madonna‘s never been one to be particularly uptight about displaying her body in public. After all, we’re talking about the woman who regularly wore a cone bra, donned pasties and a thong at this year’s Met Gala, and released a book titled simplySex. So, of course, when Katy Perry stripped down to the buff for a new Funny or Die video meant to inspire people to get out and vote for Hillary Clinton in November, we should have known the pop legend would be first in line to follow (in her birthday) suit.

In the image she shared to her Instagram account on Wednesday morning, the 58-year-old is completely nude, but kept things modest thanks to some careful cropping, only displaying from the bottom of her nose to the top of her breasts. But while she may be bare, she’s still flawlessly accessorized, wearing an assortment of gold pendants and chains as well as a gold-and-diamond encrusted grill peeking out from under her upper lip.

The “Like a Virgin” singer captioned the shot, “”Im voting naked with Katy Perry!! Vote for Hillary. She’s the Best we got!??????. Nude Voting series # 1” Which seems to imply we are all only at the beginning of a long road of semi-indecent images of Madonna coming our way as we draw ever closer to Election Day. But as a sage follower philosophically wrote in the comment section of her photo, “Are you ever really naked if you have your grills on?”

New! All about Madonna on Broadway in ‘Speed The Plow’ in 1988, press articles, memorabilia, video & more

New in our Theater section is Madonna’s Broadway debut in Speed The Plow back in 1988. We have gathered the following for you to enjoy: 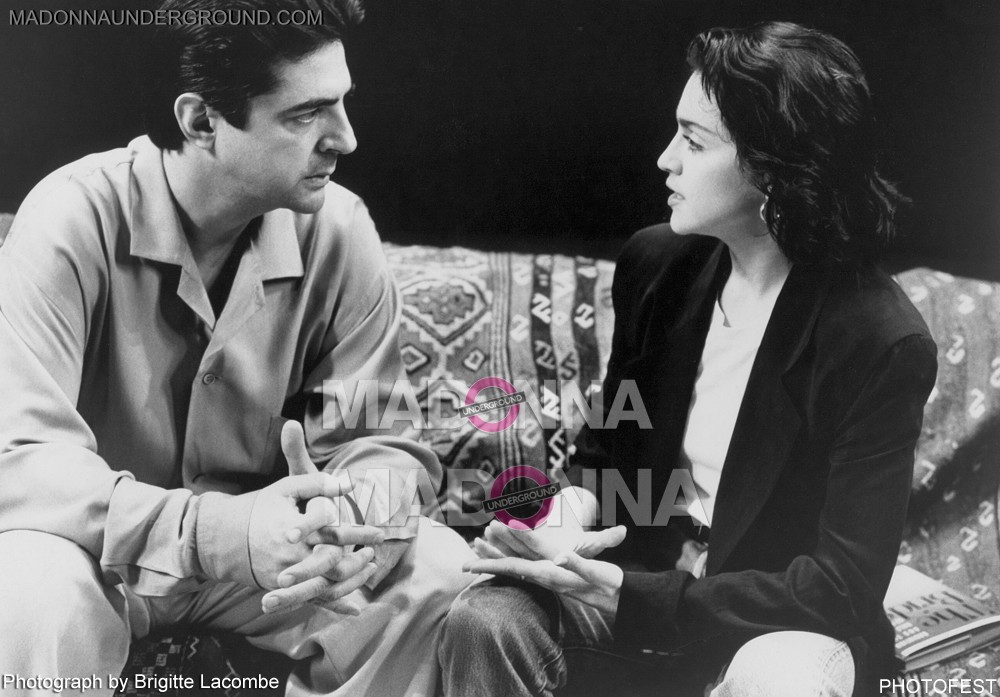 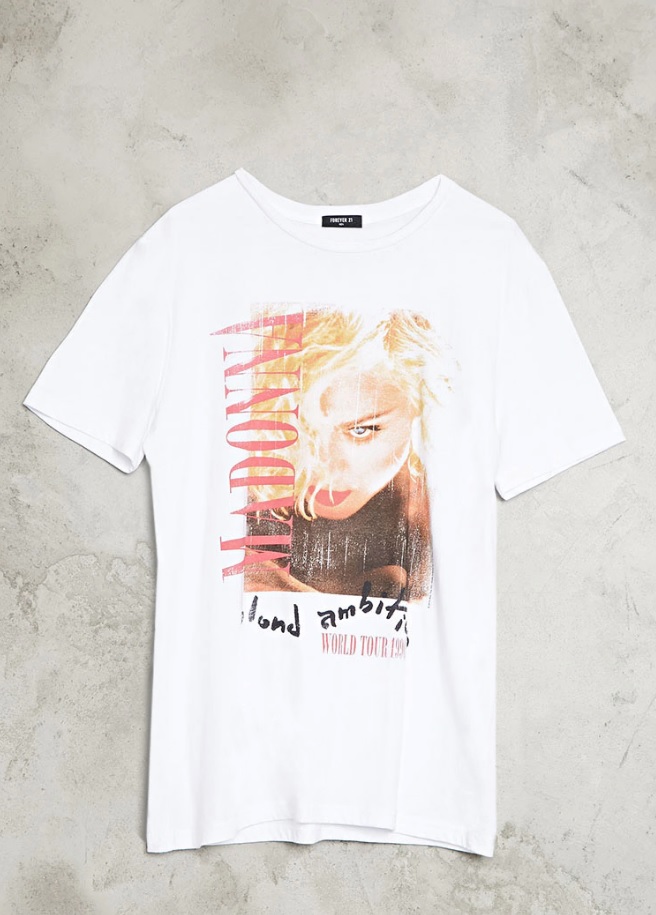 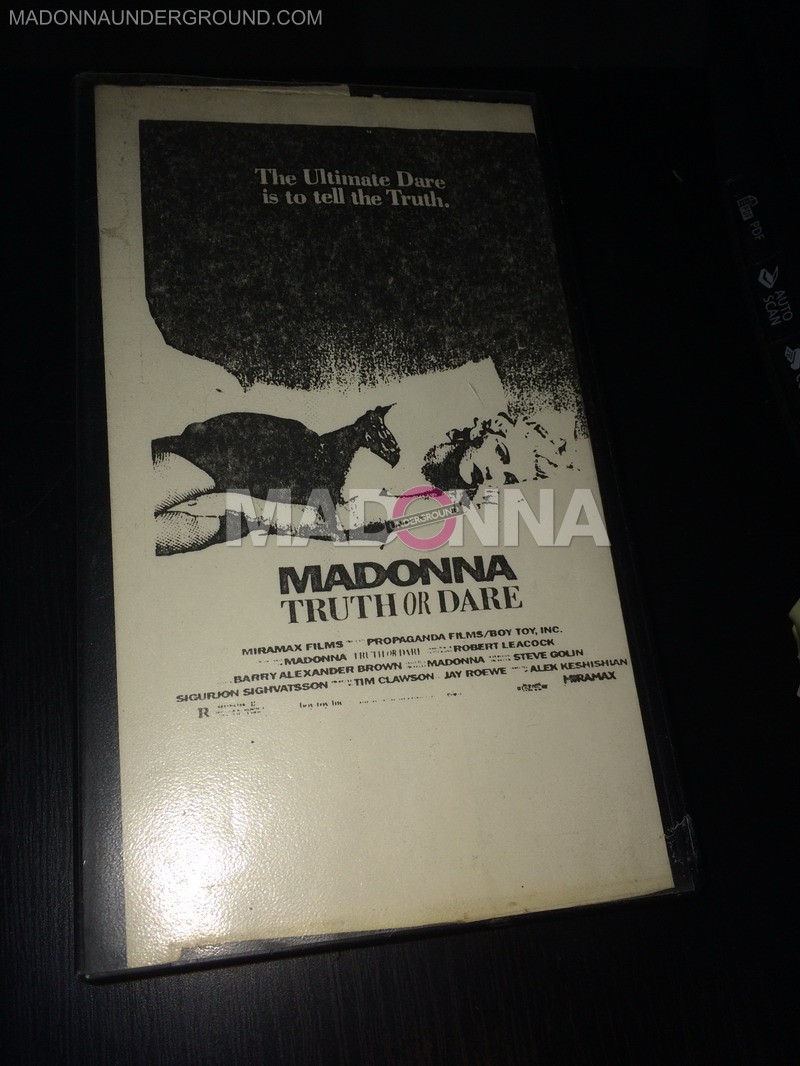 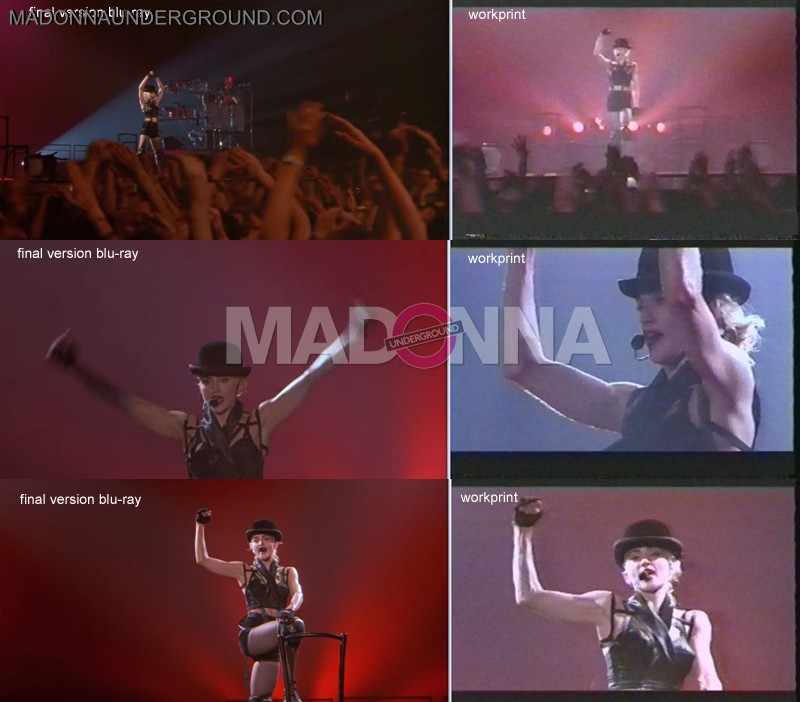 NEW! Madonna in Theater – all about Madonna’s stage plays

In our new section ‘Theater‘ we will cover Madonna’s stage plays. Of course we don’t have the info on all the ones she joined as a child while in school, but we do have coverage of her part in ‘The Wizard Of Oz’.

The new section is now online and the first two stage plays: The Wizard Of Oz and Goose & TomTom have been added.

Madonna played the evil witch in The Wizard Of Oz back in 1975, check out the original programme used!

In 1986 Madonna and Sean Penn starred in a very limited run of Goose & TomTom, check out an original article and press pictures!

Speed The Plow and Up For Grabs will be added soon!

Madonna in Theater can be found in the menu under ‘LIVE’