This weekend Oliver Crumes III and Carlton Wilborn, stars of the Dutch ‘Strike a Pose’ film will be guests on the Aids Fonds (Aids fund) boat during the canal parade in Amsterdam. They will perform to ‘Protect Yourself’ a parody to THE song from the Blond Ambition Tour ‘Express Yourself’. Madonna impersonator Melissa Totten will be singing this and other Madonna songs live. Be sure to catch them!

We have just added the following video to our Bedtime Stories album promo page, enjoy

New in Filmography: Madonna as Verity in ‘Die Another Day’ – the song, the film, the press and memorabilia!

Next on Madonna’s to do list (following up on our previous feature on Swept Away) was writing the theme song for the new James Bond movie to be titled ‘Die Another Day’, she co-wrote it with Mirwais and delivered a unique one of a kind electronic jam. The film wouldn’t be complete without Madonna starring in a cameo. She became Verity the fencing instructor and was fabulous. The theme song was a huge hit and rightfully so.

So new in our Filmography is ‘Die Another Day’, we discuss not only the film but also the single release.

Icon Members:
Log into Madonna.com and to click on the ‘Store’ link found on the site’s homepage and save 10% on these True Blue 30th Anniversary items. 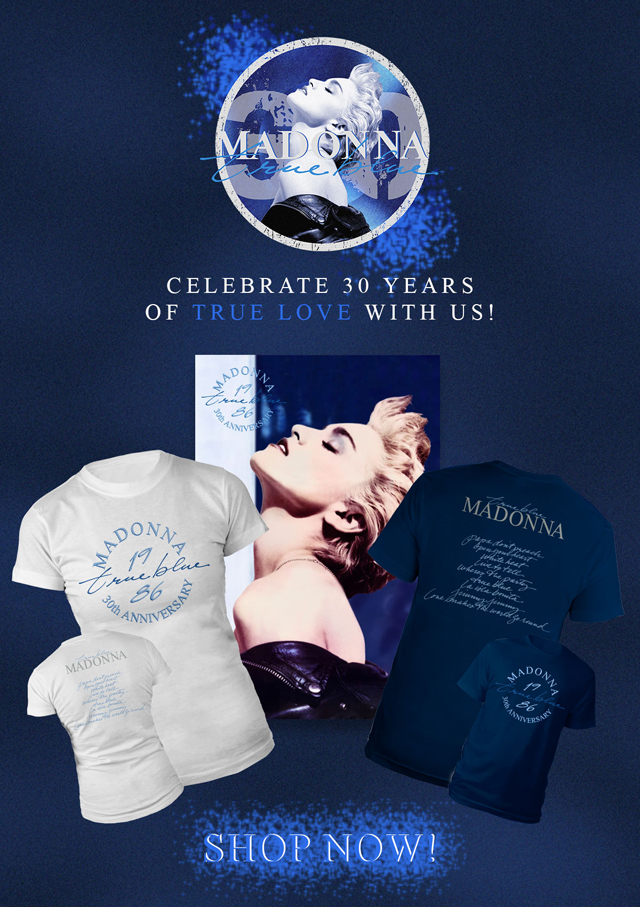 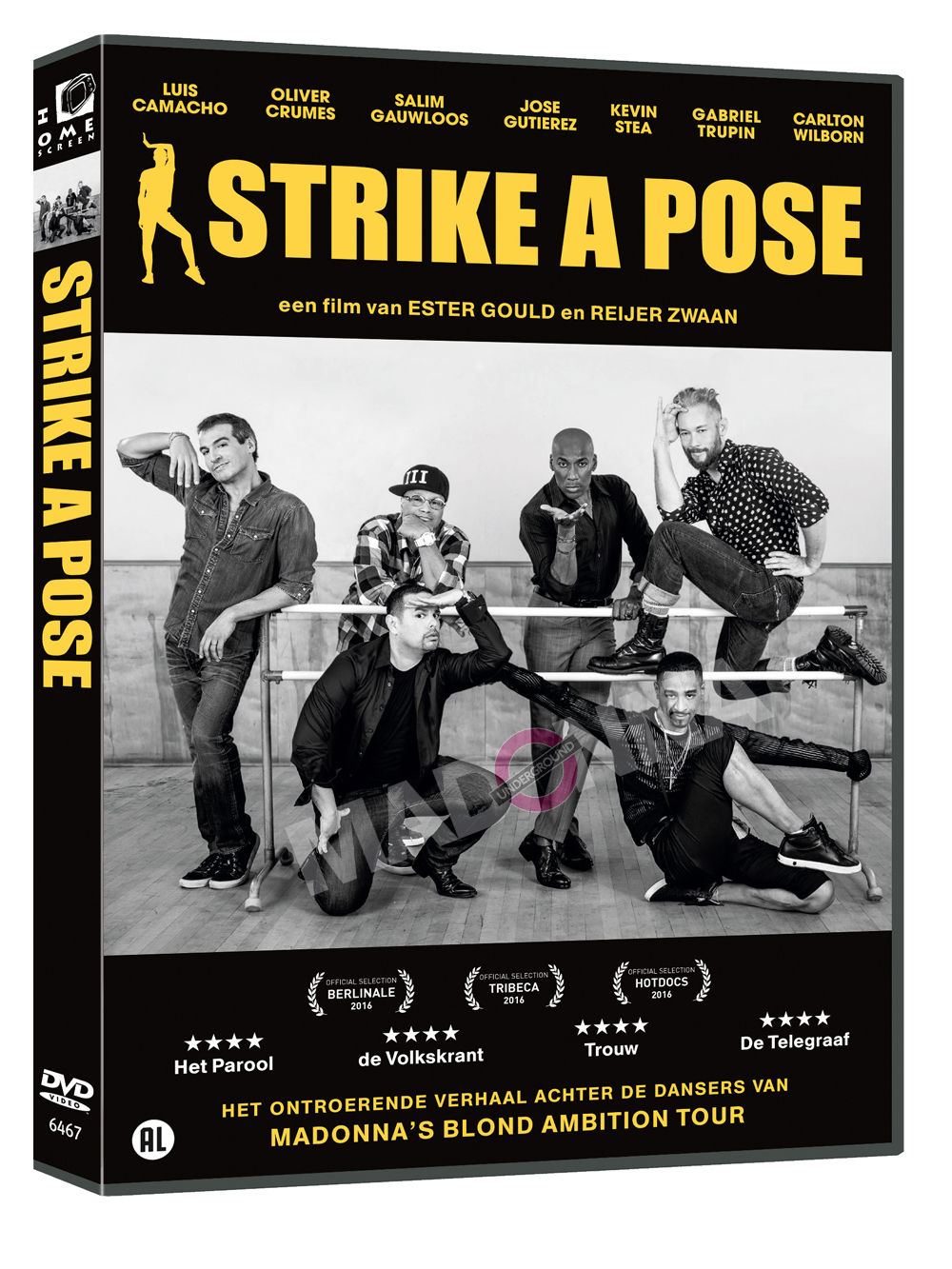 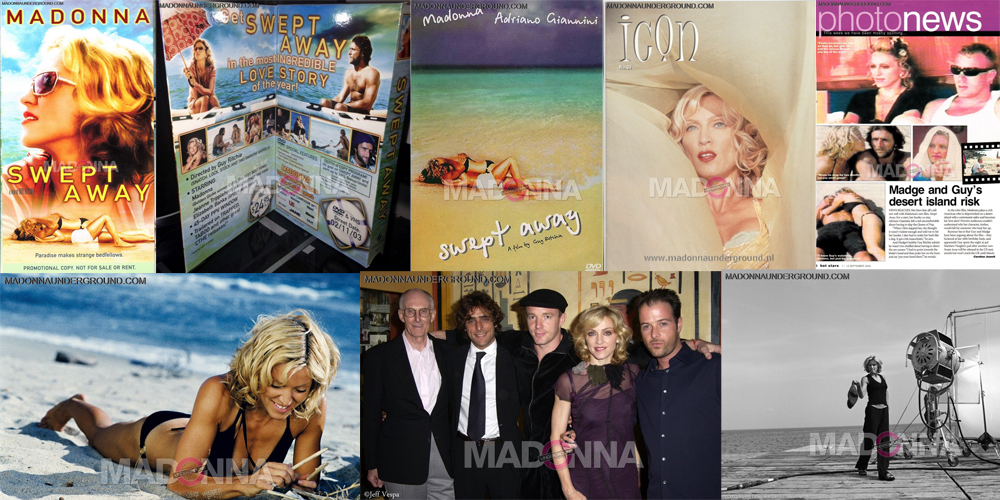 We have added a few video’s to our Hard Candy album promo page, including the making of the music video’s to 4 Minutes and Give it 2 Me as well as Madonna’s induction into the Rock & Roll hall of fame.

Next to that check out our own YouTube Hard Candy promo tour playlist, including many rare videos, interviews and teasers!

Let’s go back, shall we? To a more innocent time. A time when Reagan was president, thus basically ruining America for the next four decades. A time when disco was dead, New Wave ruled, and Times Square was still dangerous. A time when a 24-year-old brunette from Michigan became the epitome of blond ambition. Out of this abyss ascended Madonna Louise Veronica Ciccone, who after 1983, would be known only by her first name, the name of her debut album: Madonna, which was released July 27, 1983.

Pop culture would never be the same.
What she lacked in talent, she made up for, abundantly, in style, charm, and yes, ambition. She had the sheer will to succeed, which at one point, was what the American dream was all about. A dancer with an unimpressive voice but impressive designs for her own career, Madonna attached herself to any and everyone who could help launch her “Lucky Star.” The most important person, at least for a short while, in Madonna’s quest for superstardom was John “Jellybean” Benitez, a DJ friend who added the pop sheen by which the album Madonna and the popstar Madonna would be fondly remembered.

Our list of the Madonna‘s 50 greatest songs is a fitting tribute to the 2008 Rock and Roll Hall of Fame inductee, whose gift to songwriting is matched only by her skill for finding the right partners to unlock her creativity: Prince, William Orbit, Diplo, Justin Timberlake and more. The stories behind Madonna’s songs reveal the evolution of the only artist in the world who’s equally at home in the club, in the church and on the catwalk; there are psychosexual dramas, disco reveries, tear-jerking ballads and pop songs that unite the globe – all by an artist who has never risked making the same album twice. “I don’t think about my old stuff,” she told Rolling Stone in 2015. “I just move forward.” Madonna is as restless as she is relentlessly imaginative – and we just can’t look away.

To update our extensive Rebel Heart album release promo page, we have added a new section with video interviews (a total of ten). In our Rebel Heart Album page you can find everything regarding its release, such as video performances, official music videos, press articles, memorabilia and much more!

To pre-order ‘Strike a Pose’ on DVD click here

Strike a Pose to be released on DVD in Holland September 8, 2016

The incredible documentary ‘Strike a Pose’ by Ester Gould and Reijer Zwaan will be released on DVD in The Netherlands on September 8. The documentary will also be added to on demand services.

Mark your calendars for this absolute must-have in any film and Madonna collection! 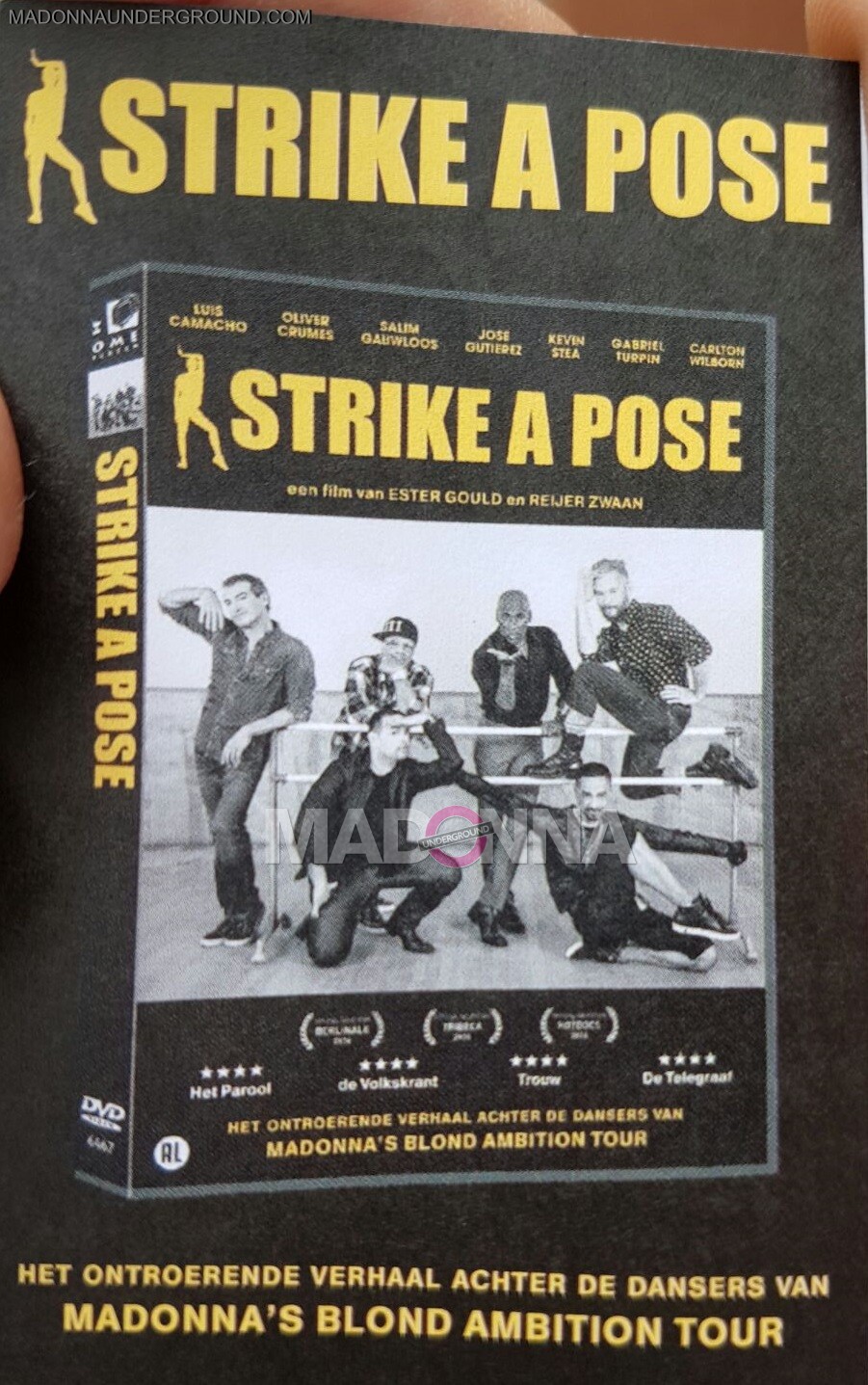 New in Filmography: Madonna in BMW The Hire – ‘Star’ – see the film + more

Madonna’s next ‘film’ project was her part in the BMW The Hire series in the short film ‘Star’ directed by then husband Guy Ritchie in 2001.

The Hire: Star, has now been added to our Filmography 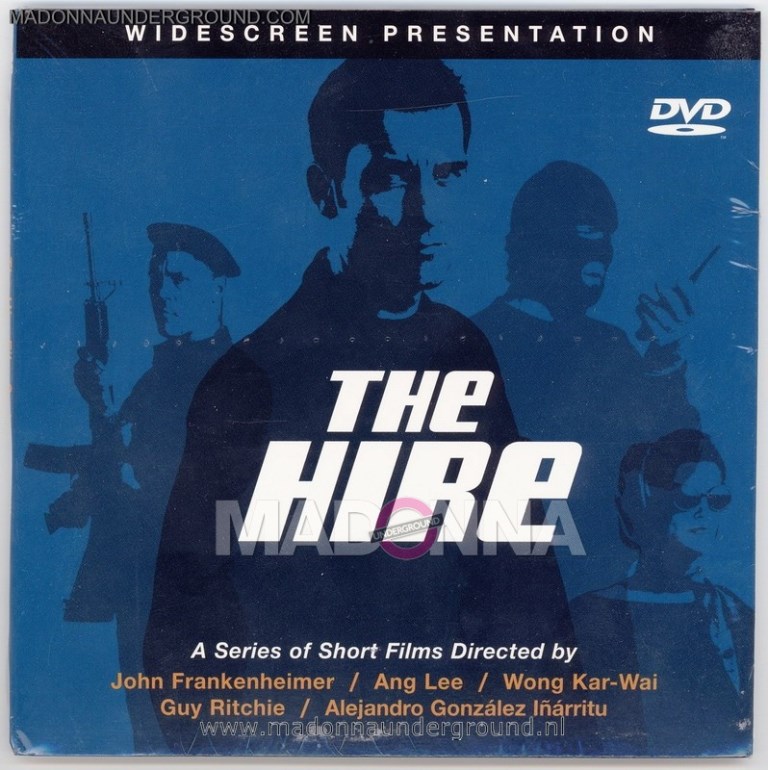 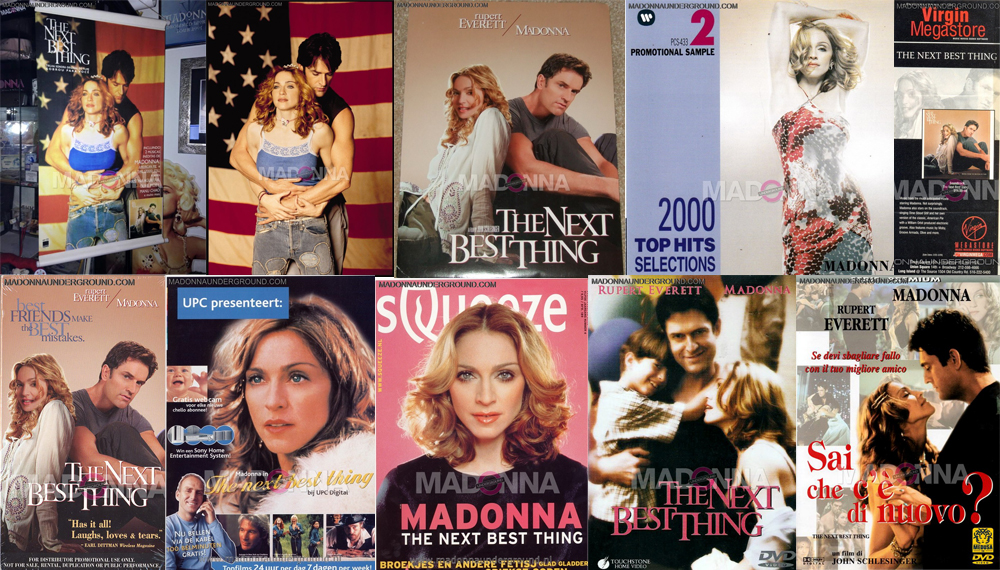 We spotted this absolutely unique jacket in a fashion store in Amsterdam, completely inspired by the Bitch I’m Madonna video and Rebel Heart era. Although the fit of the jacket reminds us a lot of the Who’s That Girl tour days (and the U can Dance Campbell’s tourjacket) it is absolute fashion of today.

From ‘Bitch I’m Madonna’ on the collar to Madonna’s name based on the Confessions On A Dance Floor logo and a big giant M on the back, it is 100% fabulous! 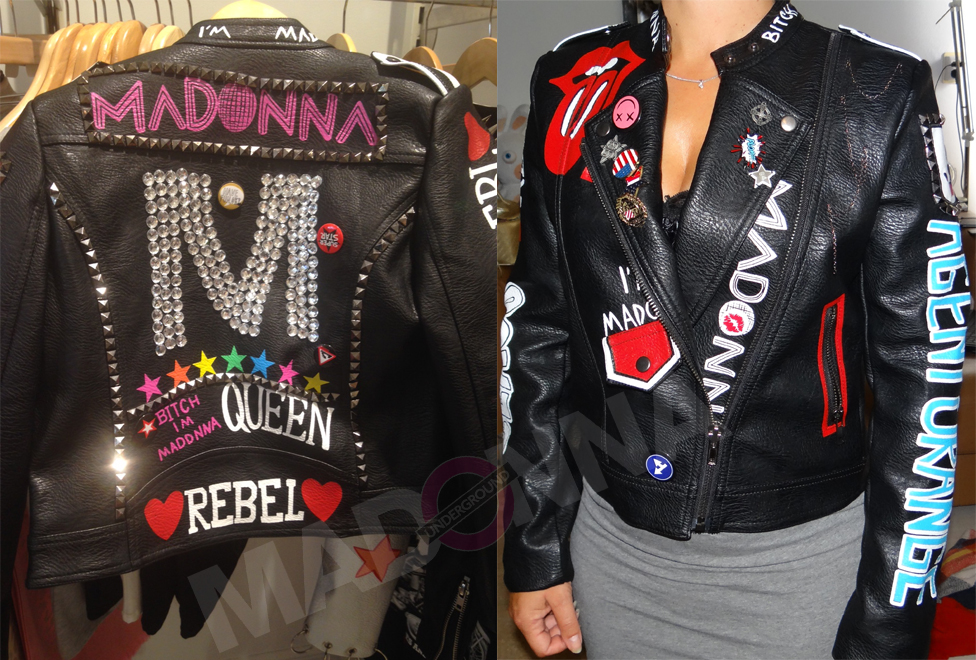 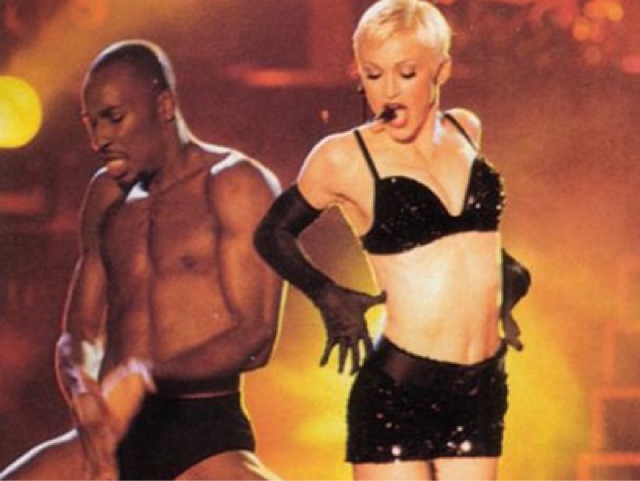 Back in 1990 Madonna took stardom to dizzy heights no star had experienced before. She had a massive number one hit on her hands (Vogue), was in a hit film (Dick Tracy) and embarked on a World Tour that would have the whole world talking!

The Blond Ambition Tour broke boundaries and the box office, it was the hottest ticket of the year. And if you wasn’t lucky enough to get a ticket, the tour was made into a rockumentary which featured Madonna on stage, on the road and in bed with Madonna. The film (Truth or Dare/In Bed With Madonna) focused on the relationships the superstar had with those closest to her especially the seven male dancers who featured heavily in the film.

Truth or Dare has become something of a classic, probably the first venture into reality TV. The dancers that appeared in it became stars in their own right and attracted a fan base of their own. Now twenty five years later ‘Strike a Pose’ a feature documentary from Ester Gould and Reijer Zwaan, catches up with six of the dancers and exposes the highs and the lows of life after Madonna.

Very few people got as close to Madonna as Carlton Wilborn. He toured twice with the superstar, appeared in the iconic Vogue video and had his life exposed to the universe in Truth or Dare. We caught up with Carlton shortly after the ‘Strike A Pose’ premier in Berlin.

W&W: Hi Carlton, we can’t remember a time when a pop stars arrival in the UK caused as much controversy as Madonna did when she arrived in London for the Blond Ambition Tour, what are your memories of being in London at that time and playing Wembley Stadium ?

Carlton: It was the largest venue we performed in, so that was amazing. Plus, I got to have dinner (Indian food) with Daniel Day Lewis, and he gave me some great advice regarding my acting career. so that totally Rocked!

W&W: That summer Vogue was riding high at the top of the charts, were you familiar with vogueing before you guys brought it mainstream?

Carlton: No I wasn’t. I don’t think I had even heard of it before the audition.

W&W: Was there a realisation while on tour that you were creating something unique and special, did you know that the tour, the film would have the everlasting impact that it’s had?

Carlton: No, I didn’t have a sense of the impact we were making. And the fact that it’s 25 years later, and so many people are interested, it is truly amazing and an honor.