“Finally Enough Love” will also be released as a Walmart exclusive on red vinyl. It appears it has a different hype sticker than the other pressings, no further details are available.

It seems as though Walmart doesn’t ship outside the U.S. 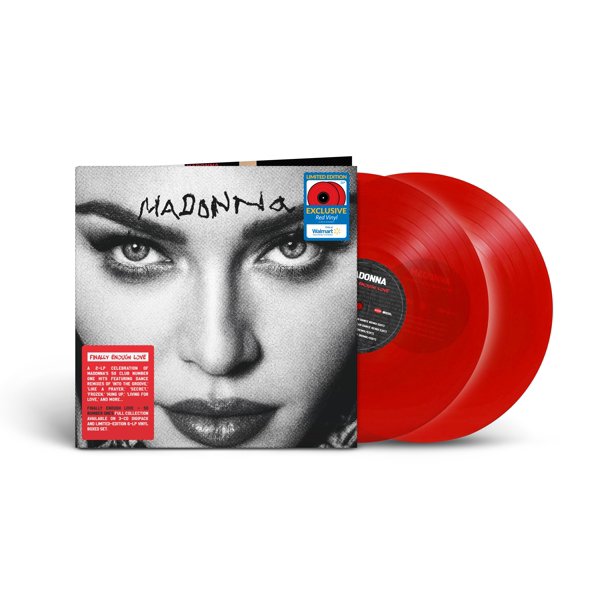 Drowned World Records is offering a pre-order for “Finally Enough Love” on 2LP black vinyl with slipmat as an indie exclusive.

Merchbar.com is now offering the limited edition lithographs of both covers of Finally Enough Love. 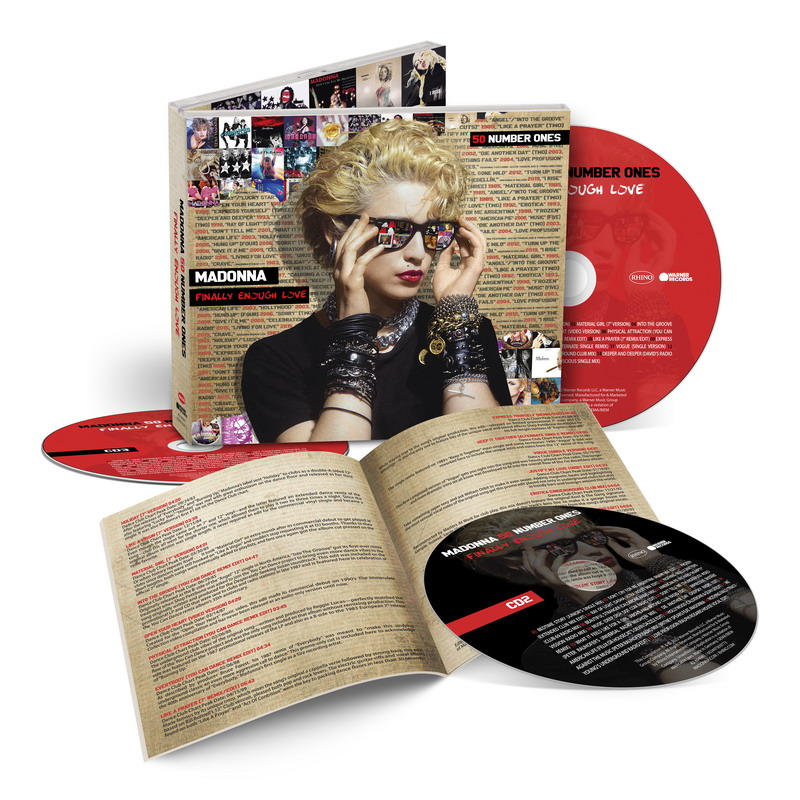 Finally Enough Love: 50 Number Ones is now available to pre-order at Bol.com, see direct links below 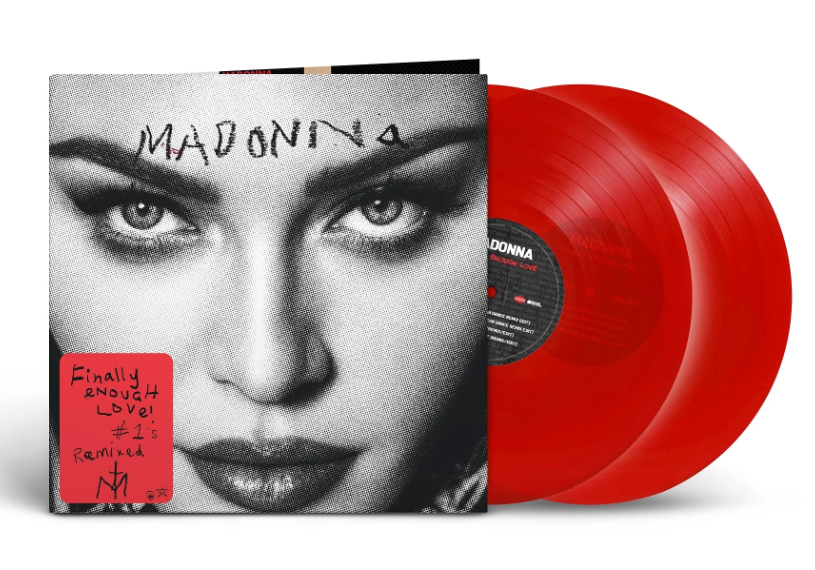 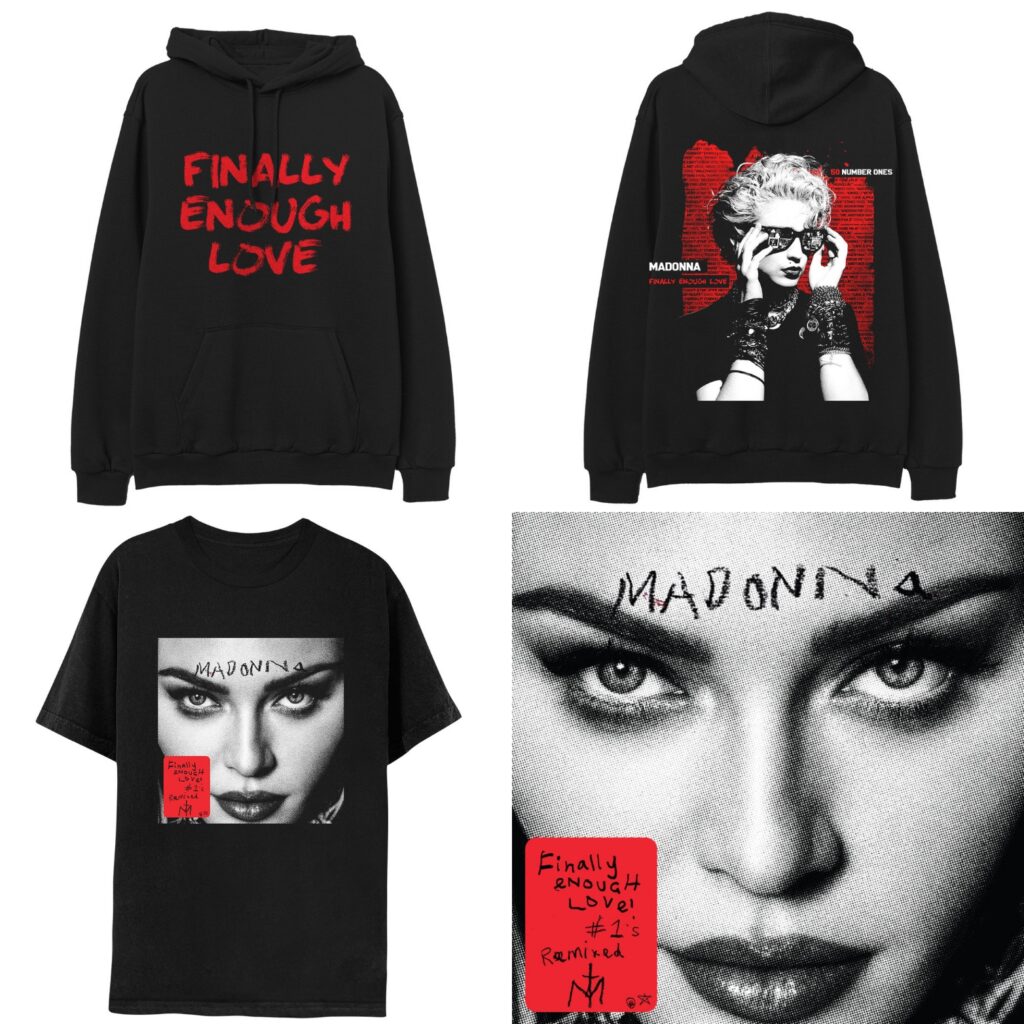 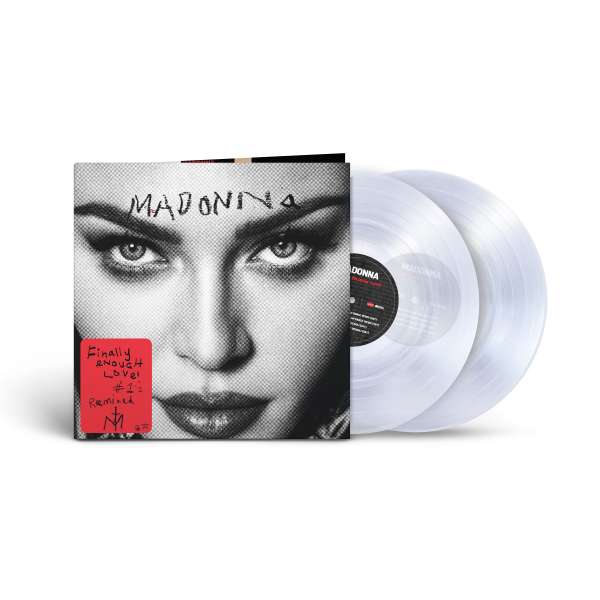 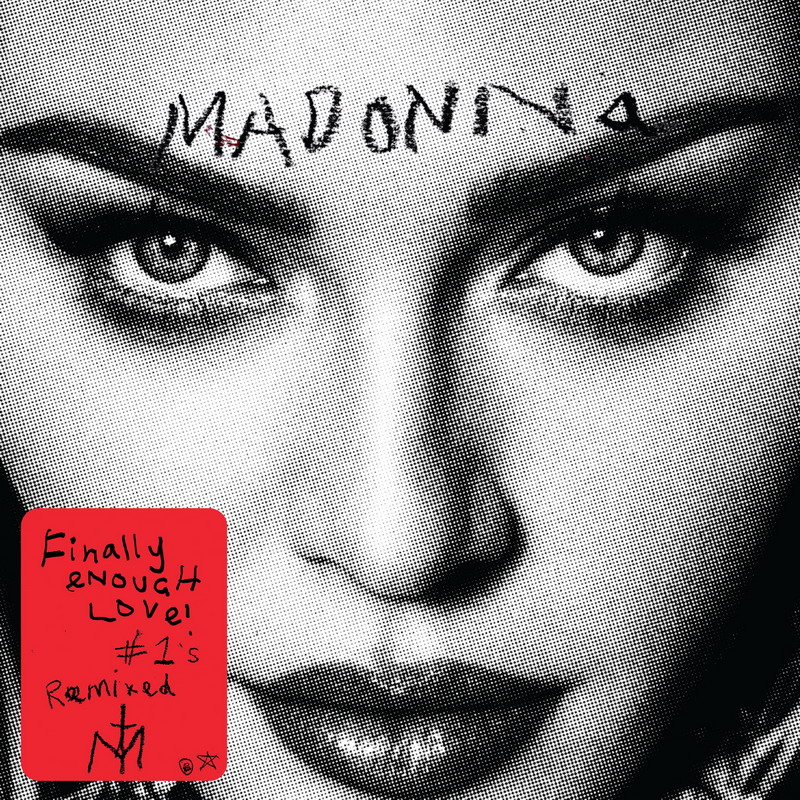 LOS ANGELES – Madonna made history once again when she topped the Dance Club Songs chart for the 50th time, making her the first and only recording artist to have 50 #1 hits on any single Billboard chart.

Luister ‘Into The Groove’ mix 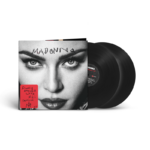 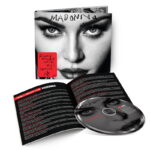 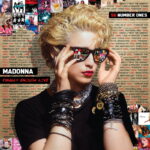 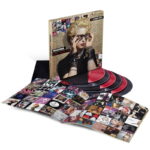 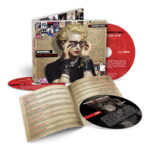 MEDELLIN, Colombia, May 4, 2022 /PRNewswire/ — Maluma’s April 30 concert featured 360 screens and his third collaboration with 3D special effects artist RMA—both Medellín natives. The concert “Medallo en el Mapa” was live-streamed via Amazon Prime while the audience enjoyed a number of surprise guest appearances, including Madonna, who stepped on stage for a duet performance with Maluma of her 2019 hit song “Medellín.”

Queen of Pop Madonna got quite the royal reception Saturday (April 30) when she took to the stage in Colombia to join Maluma for his Amazon Prime concert at the Atanasio Girardot stadium in Medellin. 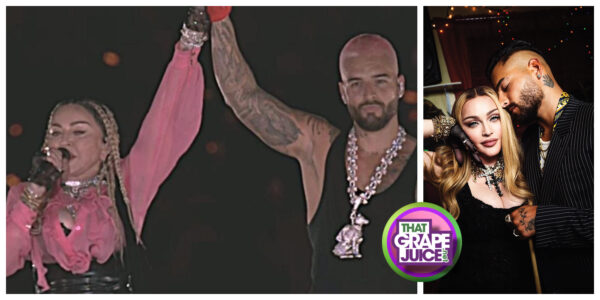 Dubbed ‘Medallo En El Mapa,’ the musical showing saw Maluma return to his hometown to perform a full set of hits at the 40,000-capacity venue.

Madonna covers today’s The Mirror, includes a two-page spread on how she’s the “Mother of Re-Invention” 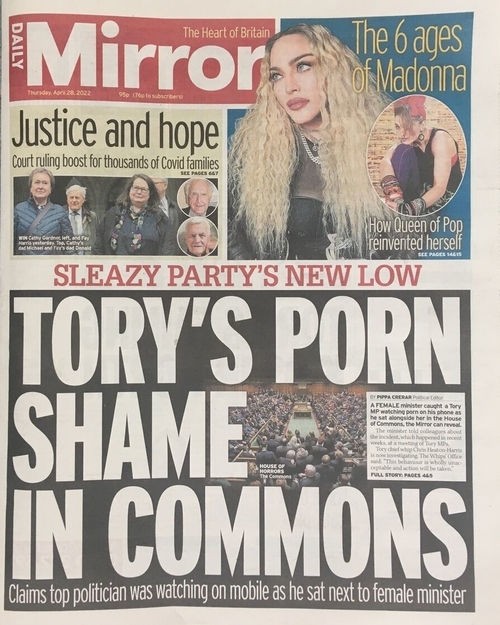 Confirmed: Madonna arrived in Medellín for a concert with Maluma

The artist, as confirmed to NTM- Noticias Telemedellín, arrived at the José María Córdova airport at around 3 pm on Thursday in a private plane under the most extreme secrecy.

The artist disembarked under the guidance of the company Interejectives in one of the private hangars and went to the Intercontinental Hotel in Medellín, which is located in the El Poblado area, where she had a reservation.

It is the second time that Madonna arrives in Medellín, the first time that the singer appeared in the city was in 2012.

Madonna would perform two songs with Maluma in her presentation at the Atanasio Girardot stadium, where Karol G, J Balvin, Blessd and other artists will also be present.

The Atanasio Girardot stadium in Medellín is preparing to receive around 40,000 spectators this Saturday who will sing the songs of ‘Papi Juancho’ Maluma and the queen of pop, Madonna, at the Medallo en el Mapa concert.

The paisa singer had notified his followers of a surprise in the middle of such a long-awaited concert. However, the Telemedellín channel was the one that confirmed Madonna’s arrival in the capital of Antioquia on a private flight this Thursday.

It should be remembered that the two artists have collaborated on songs like ‘Medellín’, ‘Bitch I’m Loca’ and ‘Soltera’. In this regard, the singer shared the following message on his social networks: “Tomorrow the coolest concert in the history of the city! We are going to be left without a voice but everyone is going to hear about #Medallo!”

Madonna to join Maluma on stage in Medellin?

Maluma announced that his concert at the Atanasio Girardot in Medellín would be the most important of his career. One day before the event, it was announced that the queen of pop would be on stage with him to perform some of his songs live. This is developing news.

Madonna is a vibrant and generous performer, able to put on a hell of a show. But as a live performer, Madonna’s a bit of a dichotomy. Though she’s a vocalist, her singing isn’t the biggest draw of her shows. Madonna is. She’s a thoroughly modern showgirl, a revamp to the razzle-dazzle song-and-dance ladies like Shirley MacLaine, Ann-Margret, Liza Minnelli, or Lola Falana, women who dazzled audiences in Atlantic City or Vegas. They weren’t just singers. They were entertainers.

There is only one Queen of Pop: Madonna.

A visionary with no equal, known for her constant reinvention, ever-changing look that has been called out of this world and a little “Alien” at times, hit singles and never-ending courage to push the envelope, she has maintained the status as one of the most successful artists in history.

The discography to Madonna’s 1983 debut album has been updated with a few compact disc additions.

Next to pressings from Taiwan, Switzerland and the USA we have the rare original pressing from South Africa with red CD graphics. 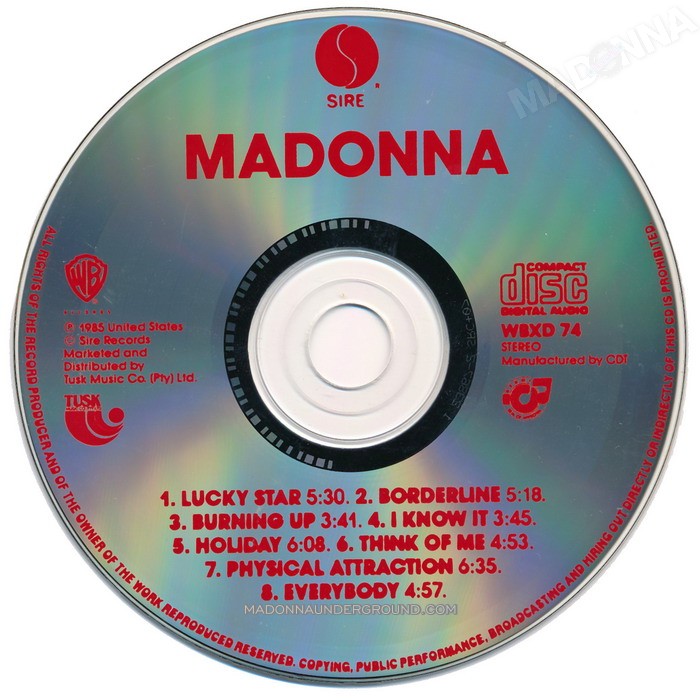 Welcome to “Madonna Books” a brand new feature on MadonnaUnderground.com. From the start of Madonna’s rise to stardom there have been many books written about (and inspired) by Madonna. From (unauthorized) biographies, photobooks, magazine specials, fan books and books written by the lady herself, they’re all collected here.

It’s fairly impossible to include every Madonna book ever written, but we will keep the Madonna Library updated with more books as they come along.

Let’s start by checking out the 185 books that have been included so far, enjoy them HERE.