Camila Cabello Dedicates Her Video of the Year Award to Madonna 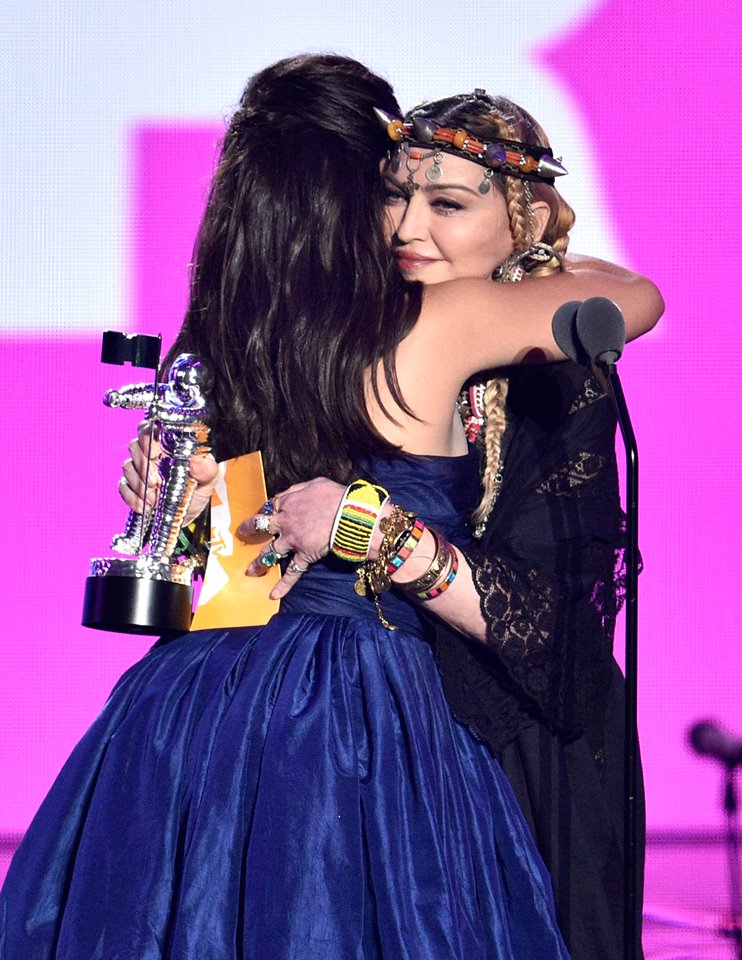 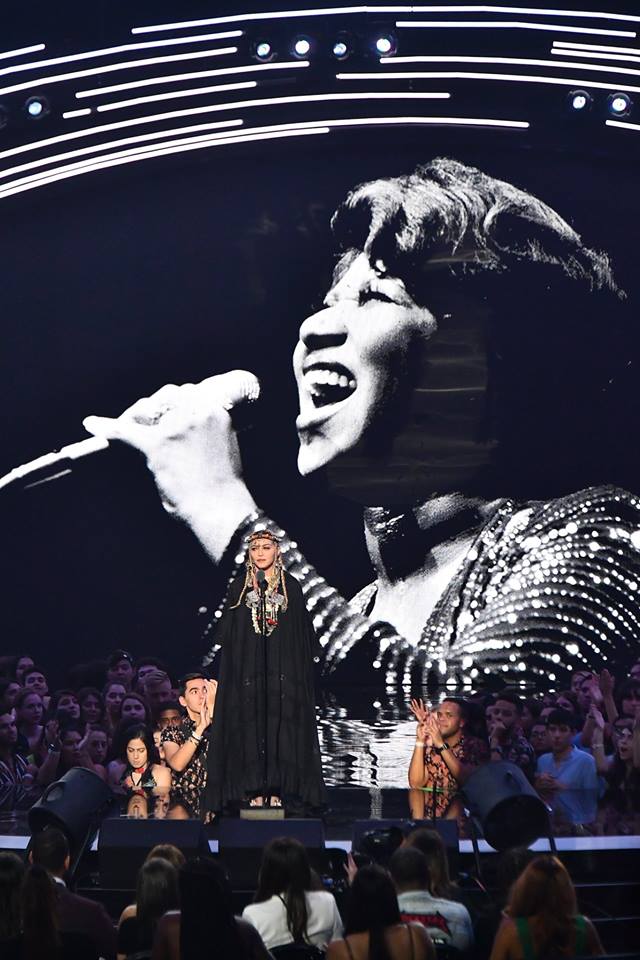 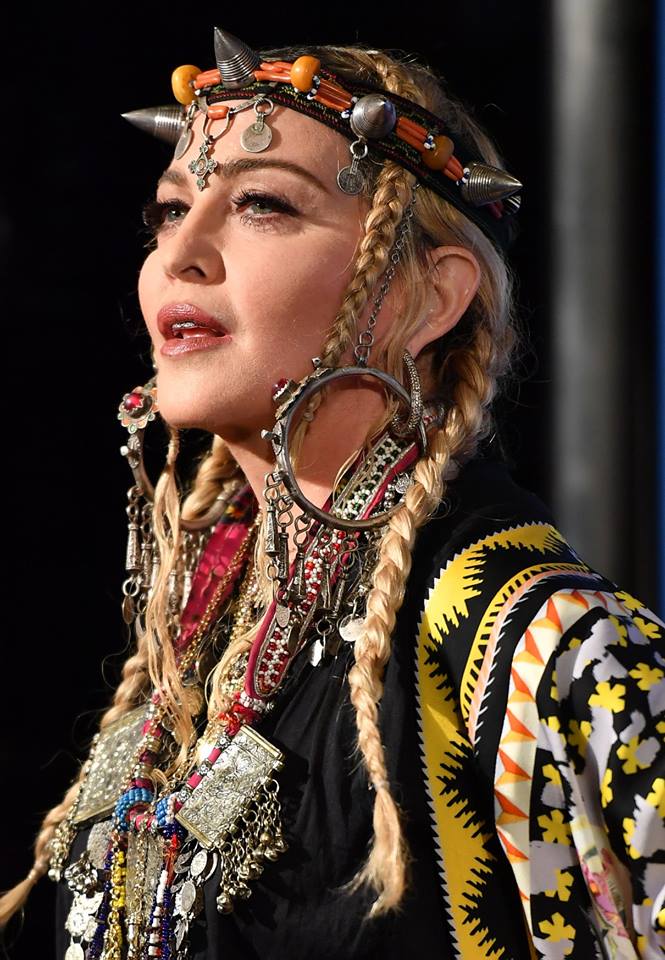 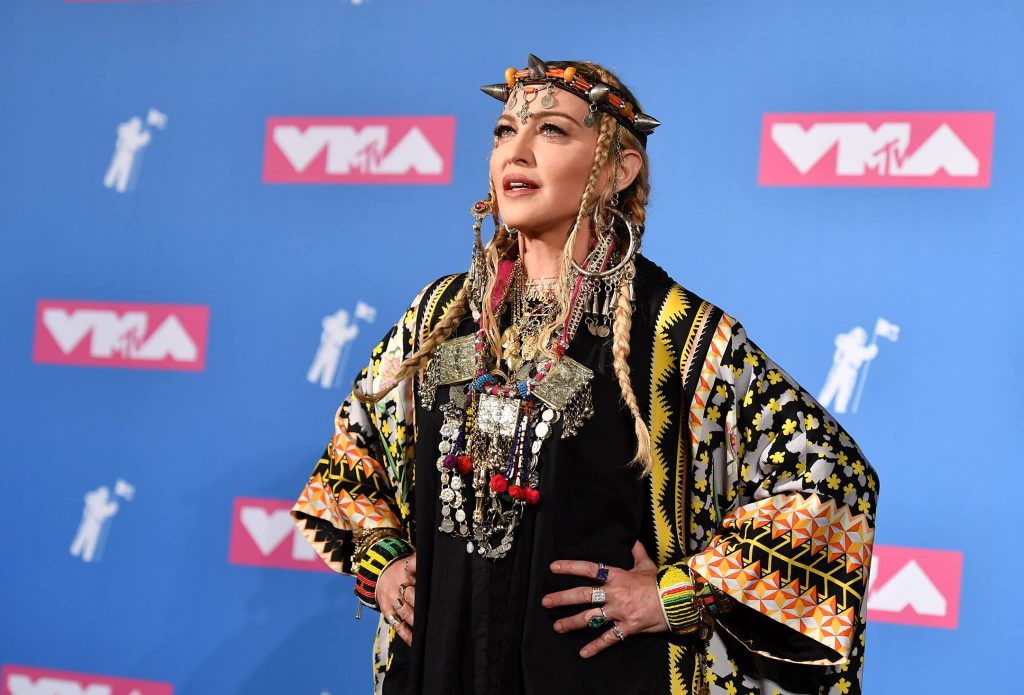 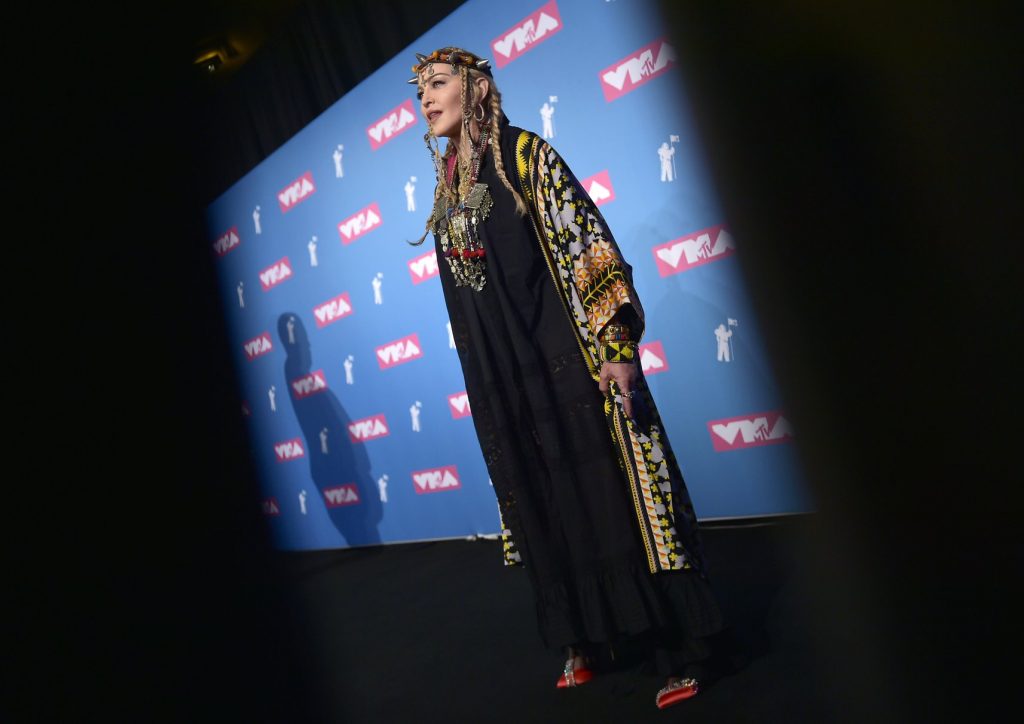 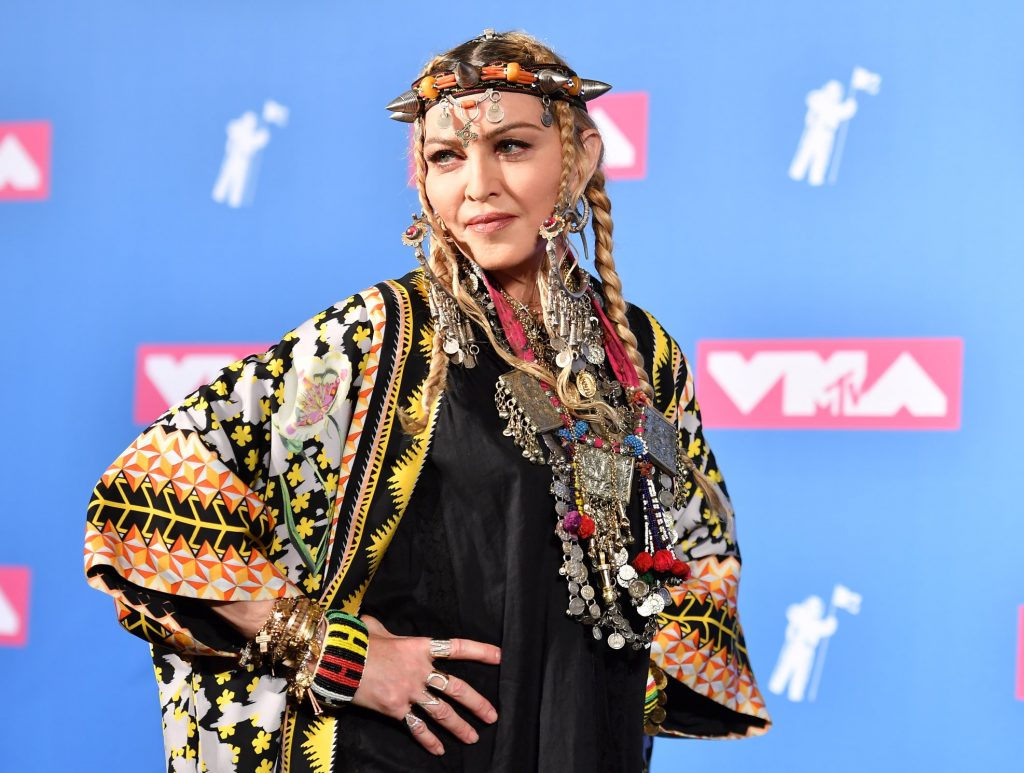 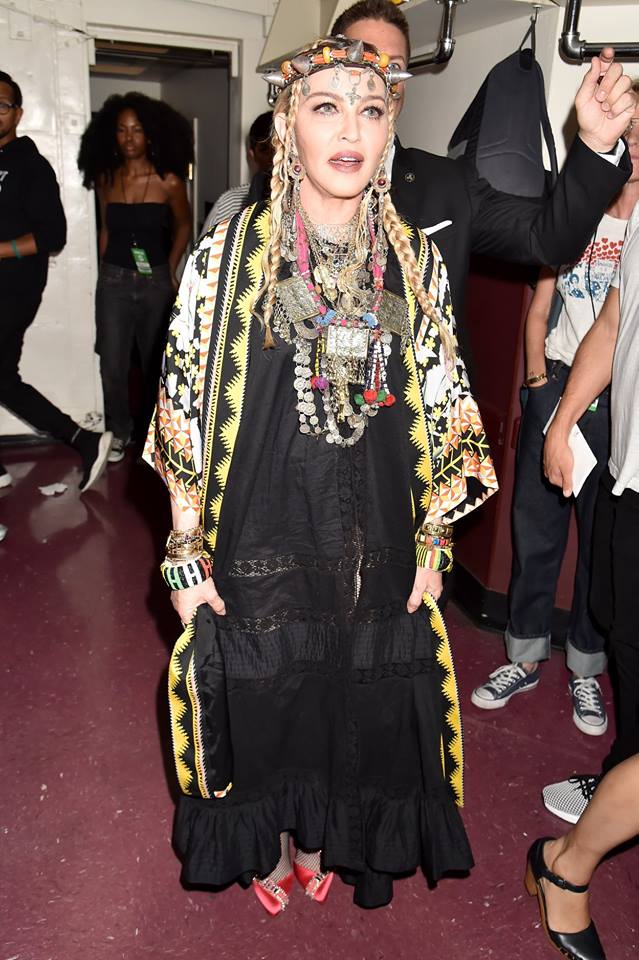 Excited to announce that Madonna will be presenting the biggest award of the night… Video of the Year! Everything might happen at 9p on MTV! #VMAs

– This just in – Madonna will be presenting the award for Video of the Year at the @vmas Tonight at 9p on @MTV!! #VMAs pic.twitter.com/ZQyzaIlylZ 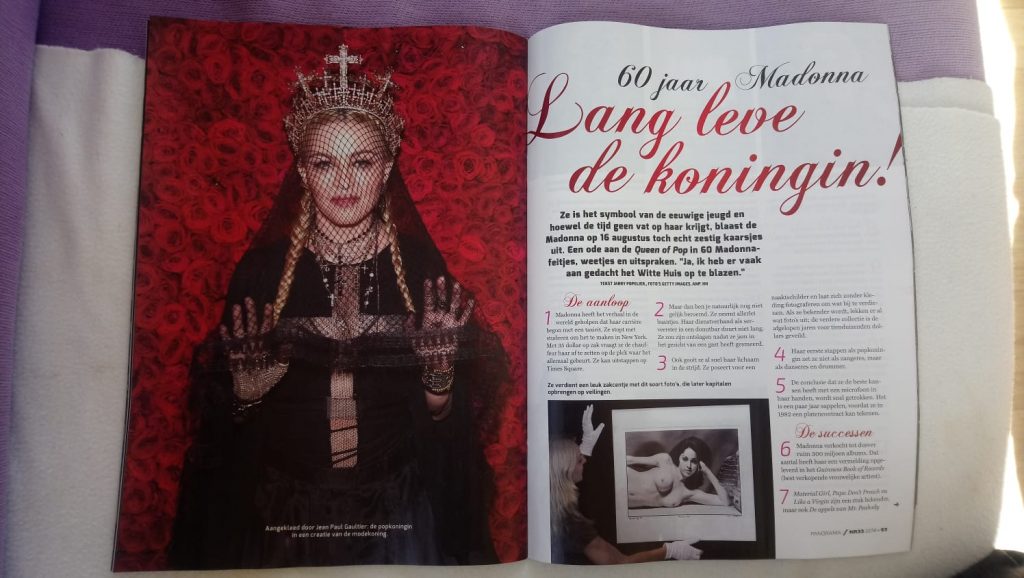 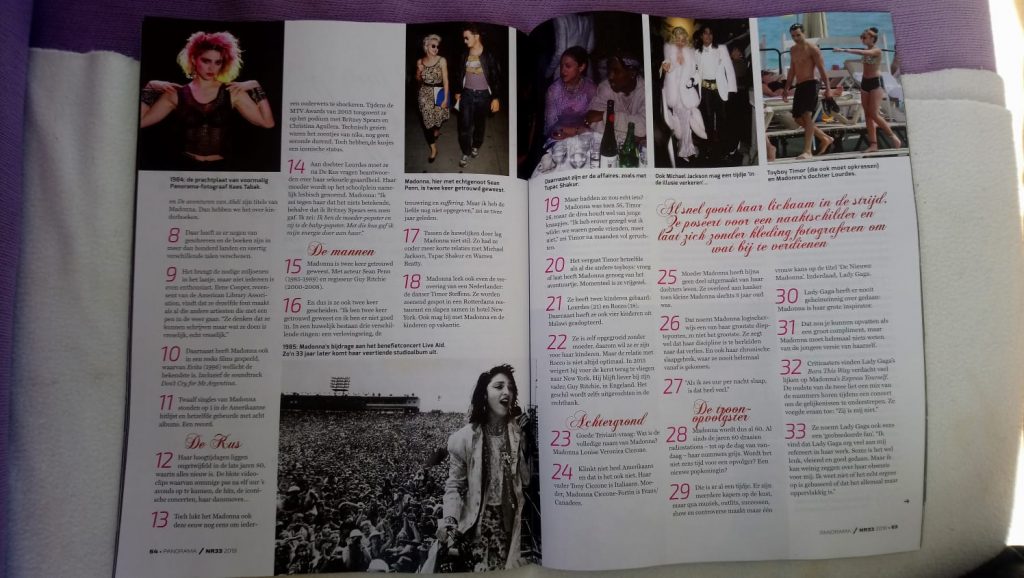 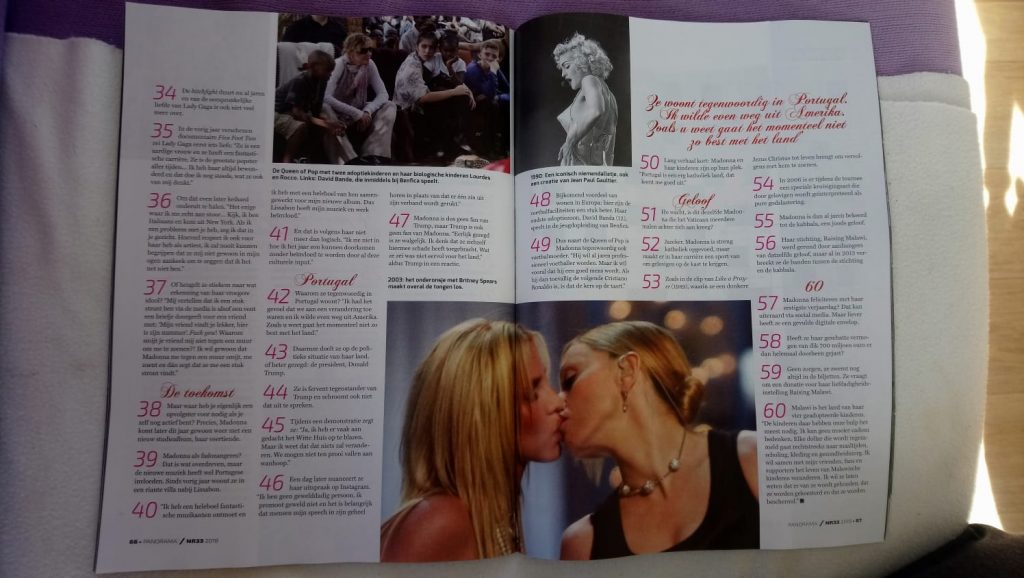 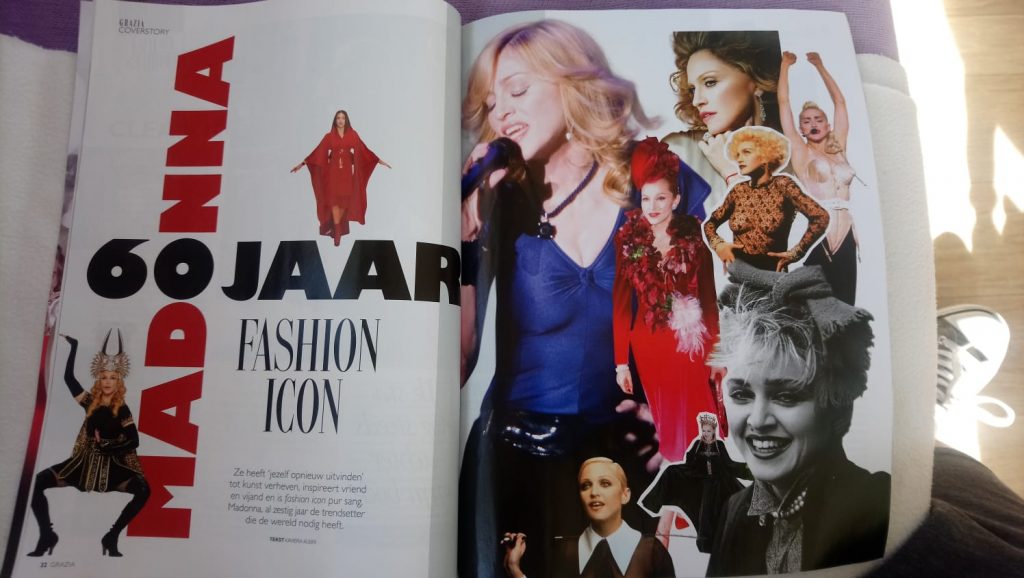 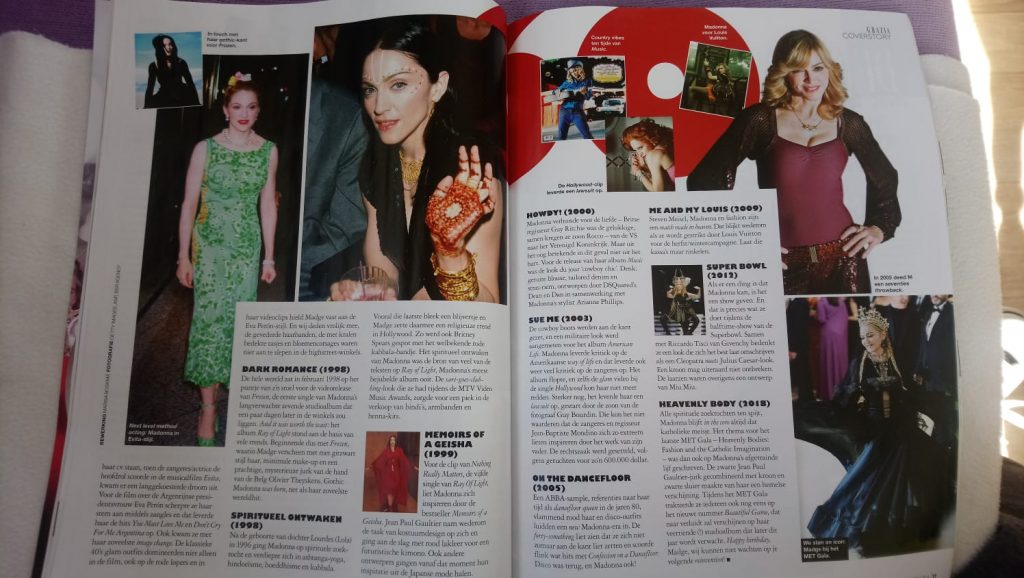 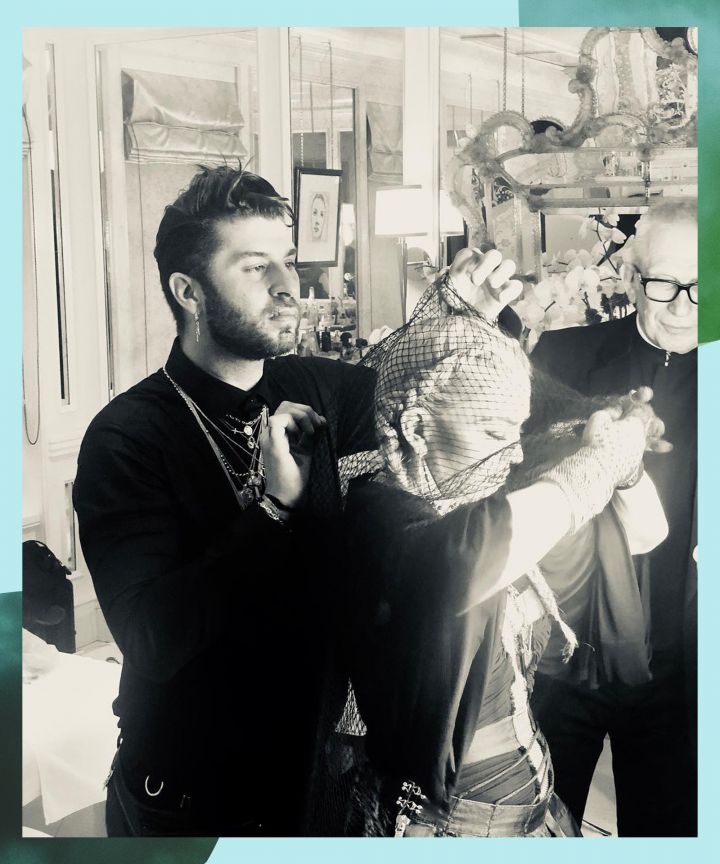 When he was young, Andy Lecompte never dreamed that he’d work with the one of the greatest artists of his time. But on a chance trip to New York City 15 years ago, the 23-year-old caught Madonna’s attention and immediately became the man behind her Vogue covers, Met Gala appearances, and everything in between. On the eve of her 60th birthday, he shares what it’s really like to work with his idol, how it changed the course of his life, and the lengths they go to for great hair. This interview has been edited for length and clarity.

I watched Truth or Dare when I was ten years old, and I saw Madonna celebrating the gay dancers. They were just equals to her and, at the time, I was sort of an outcast. I had been bullied as a child, but I didn’t let anyone know that because it was shameful — you don’t want your parents to know that you’re being teased for being gay or that nobody likes you in school because you’re different.
But I liked how she celebrated these gay guys in the movie, and I didn’t know that I was gay or what it was. Around that same time, I started working at my sister’s hair salon, and that was the place that I felt safe and secure. The clients loved and adored me, and I could just be myself. I started styling my sister’s clients and that’s where I developed my passion for hair. I said, “This is what I want to do.”
Lucky Star
I did Madonna’s manager’s assistant’s hair since she was in college. Then I met her manager, and I started doing her hair. The manager recommended me to Madonna’s assistant, and I started doing all their hair. In 2003, I was flown to New York, where Madonna was promoting The English Roses, her children’s book series. I thought, I get to do Madonna’s hair; this is cool… this will just be one gig.
Madonna was starting her book tour and winding down on her promo for [her album] American Life, and they wanted her hair to look very natural. She really liked the way I did her hair because I’m good at waves and curls; that’s the phase that she was in and she liked how I was able to give her a very natural texture.
Full interview HERE
Read more 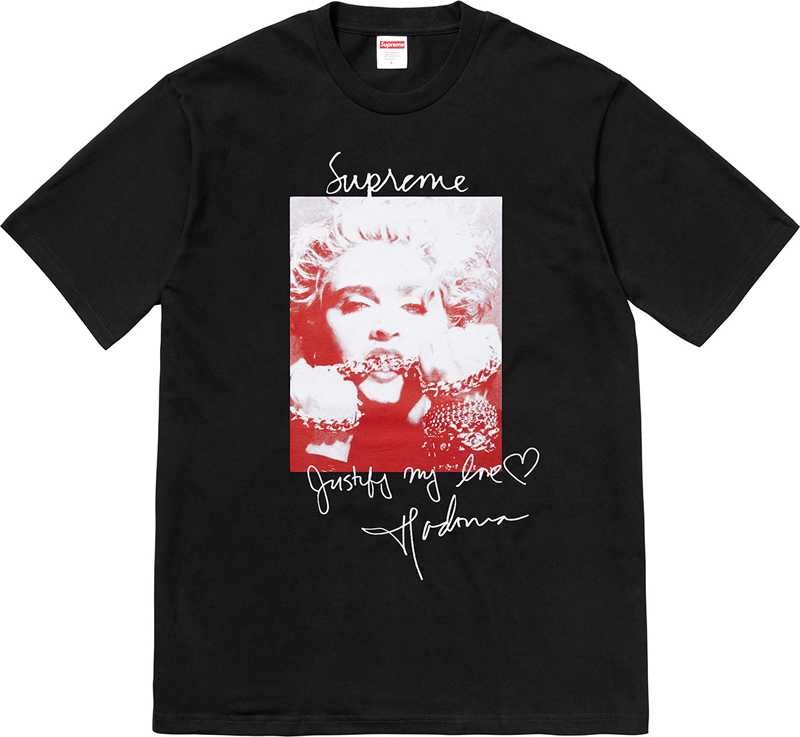 Madonna just got her very own Supreme t-shirt, featuring an image from the Gary Heery sessions (for her first album) and her signature. The shirt will be available in nine different colors and can be ordered online from August 20 HERE.

This is part of the preview of their Fall/Winter 2018 collection.

Oh what a circus….oh what a show! The first line that comes to mind when I think of yesterday….Madonna’s 60th birthday. I received various requests from Dutch and Belgian media for interviews on Madonna, wanted to do it all but there were some scheduling conflicts (yes babes I am a mother and my son is my absolute priority).

First there was an interview with Dutch newspaper De Telegraaf, I was a bit hestitant as they completely altered my quotes when Madonna turned 50 in 2008 for their article. However in good faith I told them all and was told which photo’s they were going to print and that it would be fab. Well darlings it was not. They printed the photo which we hadn’t agreed on and I read my supposed quotes that I know hadn’t come out of MY mouth (since when am I the eyes and ears of Madonna in Holland? B…..please).

Moving on…Belgian newspaper Gazet van Antwerpen printed a great article and were mostly accurate, thank you for that and the positivity!

I was approached through Facebook asking me to participate in a live television talkshow titled “M” on Thursday evening and asking me to bring more fans. No problem.

While getting ready to go to Antwerp and see Britney dancing her ass off, the Dutch Algemeen Dagblad paid me a visit in my ‘Madonna Room’. I made it specific that I wanted it to be spontaneous and truthful, don’t try to make me look like a clown (even though I know I am a bit of a Pennywise). I was very pleased with the video and I thank you all for the many lovely comments on it!

Madonna’s birthday started off with me driving my car into town for an appointment, while talking on the phone to local radio Omroep Flevoland. They asked me if I was the biggest Madonna fan in Flevoland (ehm….I don’t know as I don’t know all of them). They asked if I had the same hairstyle as M did, told them no but I was lying looking at my swimcap in the rearview mirror thinking of her Letterman interview back in the good ol’ days. What Madonna record could they play for me? eh……Die Another Day? If you have it?

During lunch time RTL Nieuws knocked on my door and wanted me to do the exact same routine as Algemeen Dagblad. They really really really wanted me to put on the pink promotional cowboy hat for “Music” , I refused. What has Madonna meant for you? What has she done for you? How has she pushed you? Tried my best and was pleased with the final video, thank you RTL!

When I was finally eating, Radio Nostalgie in Belgium was on my phone. Lovely interview, different questions and testing to see if I would stick up for my big idol. They once again asked me which record to play, I couldn’t think of anything else besides ‘Die Another Day’ again. However they cut this from the final item and played ‘Hung Up’ instead.

While driving my car to Amsterdam for the taping of talkshow “M”, RTL called me to tell me that the item had been moved to the later news of 23.30 due to the passing of Aretha Franklin. They also told me that it would be available online. Once arriving at the studio’s in Amsterdam I was told to go upstairs with a man ‘ooooh that sounds exciting’, I think they didn’t get my joke. It wasn’t until there that I heard I would be sitting at the table and therefore needed make up. They definitely did my eyebrows as mine are so pale, they’re hardly there. They were stressing out, the entire show had to be re-organised due to the passing of Aretha Franklin (Queen of Soul). Most of the show was scheduled to be about Madonna’s 60th birthday, but now it was reduced to the final bit of the show.

Sitting on a chair, waiting for the Madonna item to happen it was hard to keep my eyes open during the ‘Trump’ segment (or was it not about him?). We got to play a Madonna quiz to which I knew all the answers apart from the one where I was stupid enough to hold up the sign so that the camera focused on me. Like a Prayer won viewer’s choice? I had no idea darling! Should’ve studied that Taraborrelli book a bit better. Kees Tabak spoke about photographing Madonna in Amsterdam at the start of her career, bringing her brother and a dancer (her brother was also her dancer). Before we knew, the live show was over and I was pushed back up the stairs to where our personal belongings were.

Finally getting home I found the RTL Nieuws item online and later watched it on TV at 23.38, which turned out to be a completely different item than shown online.

It was one heck of a day, a circus, a show…..Madonna deserves it, she has earned it, the undisputed Queen of Pop!

Thank you M, here’s to another 60 years! 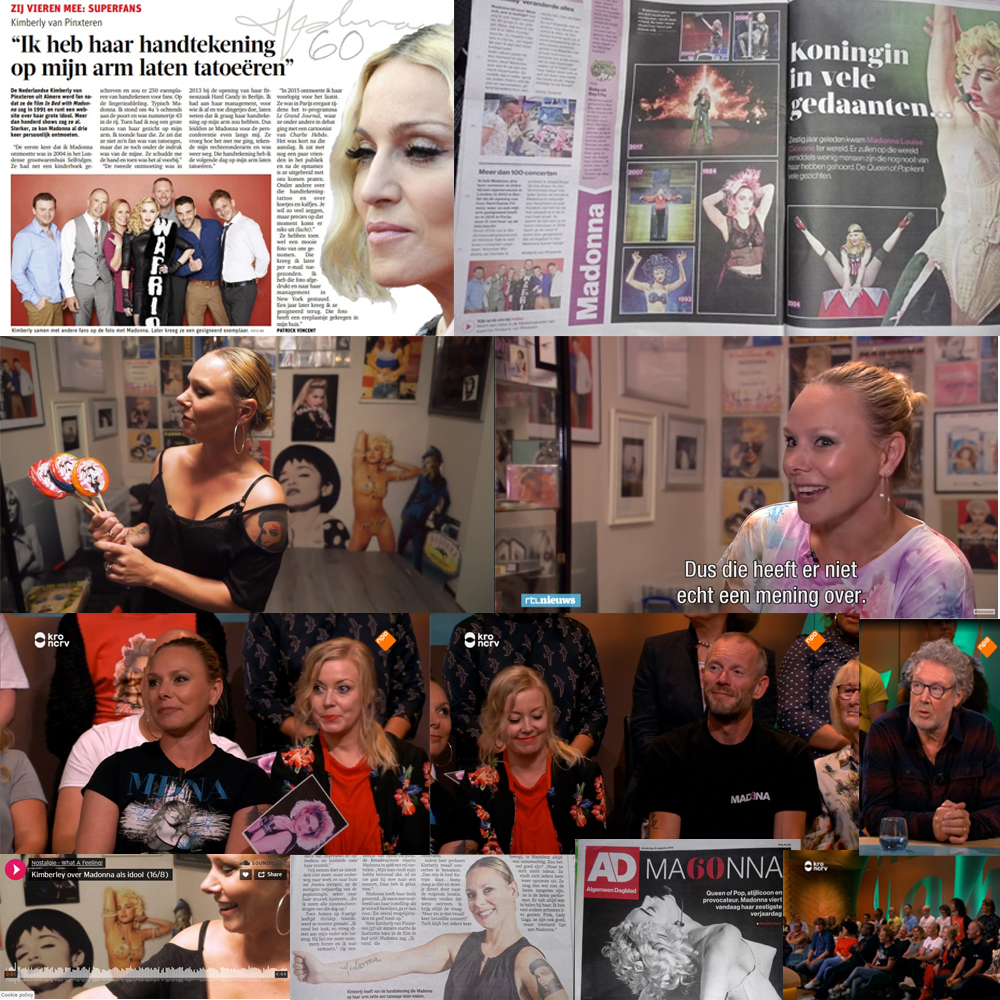 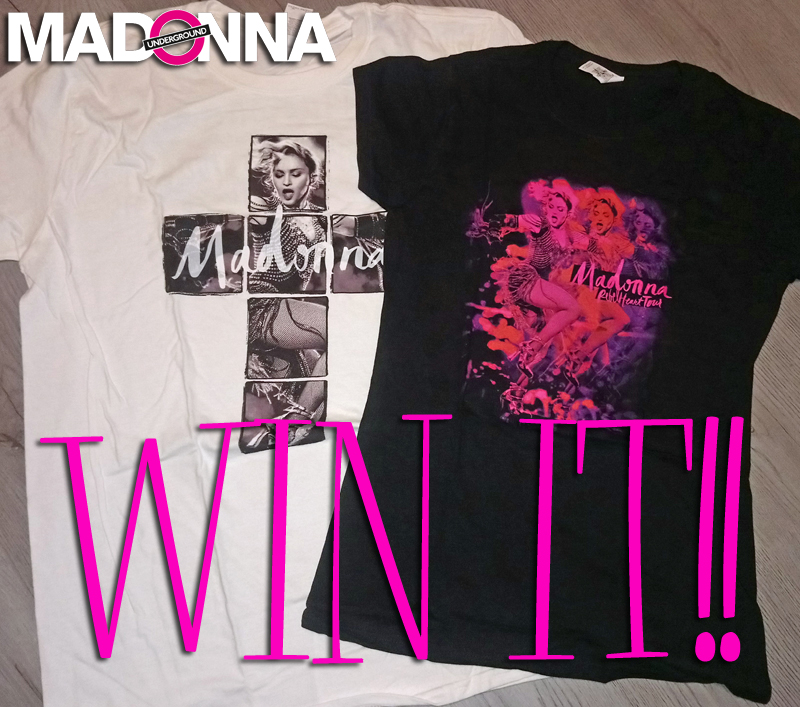 Yesterday was a circus and I had no time to ‘do something else, like my eyebrows’ let alone browse through the hundreds of entries to our third giveaway….sorry y’all.

In a random draw the following winners have been chosen:

I will send it to you asap!

Thank you so much to all that have participated in this giveaway, I hope you all had a wonderful time celebrating the Lady M’s birthday.

No this is not it, we will have much more to give away SOON.

What had to be the main subject on the talkshow “M”, broadcasting live today on Dutch television NPO1, was adjusted to just a small feature.

This due to Aretha Franklin passing away earlier today.

While Madonna fans were patiently waiting in the audience, Madonna’s birthday was brought to the attention by the end of the show.

In terms of a small pop quiz on their idol they were asked several questions. You can watch the talkshow in full here.

Radio Nostalgie (Belgium radio station) called us to ask how we celebrate our idol’s birthday.

The RTL News item on Madonna’s birthday featuring MadonnaUnderground (Kimberly) has been rescheduled.

This due to an extra item about the passing of the Queen of Soul: Aretha Franklin. 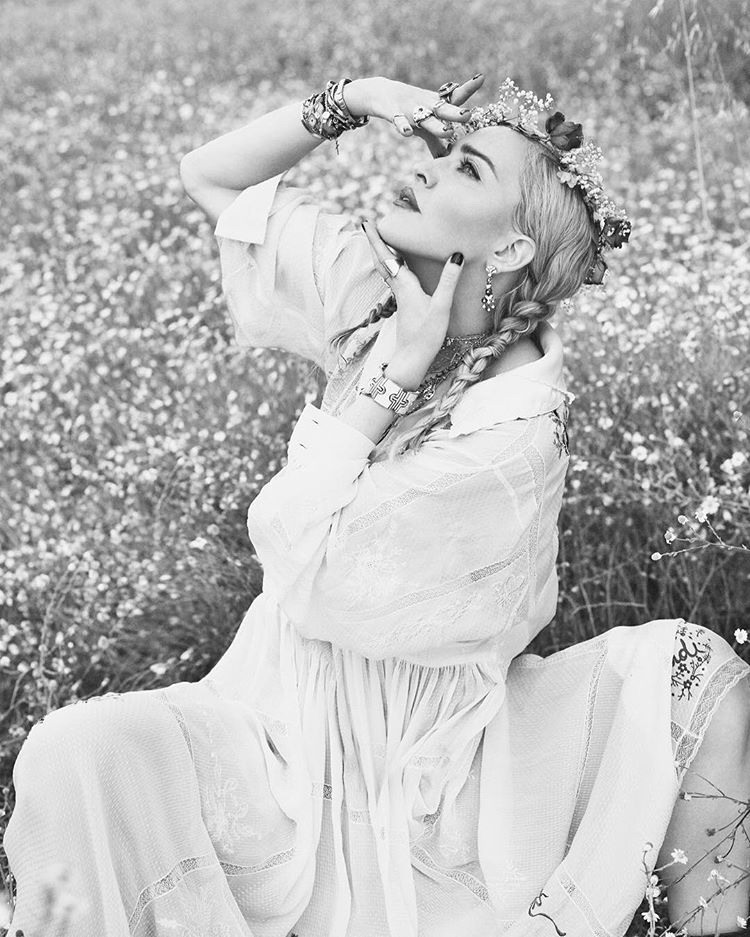 Today talkshow ‘M’ on the NPO will dedicate the (live TV) show today to Madonna’s 60 birthday.

Many fans will be present (including yours truly) and other guests will be there to discuss the phenomenon that is Madonna.

We were interviewed for Omroep Flevoland (local radio) this morning while just waking up! listen HERE