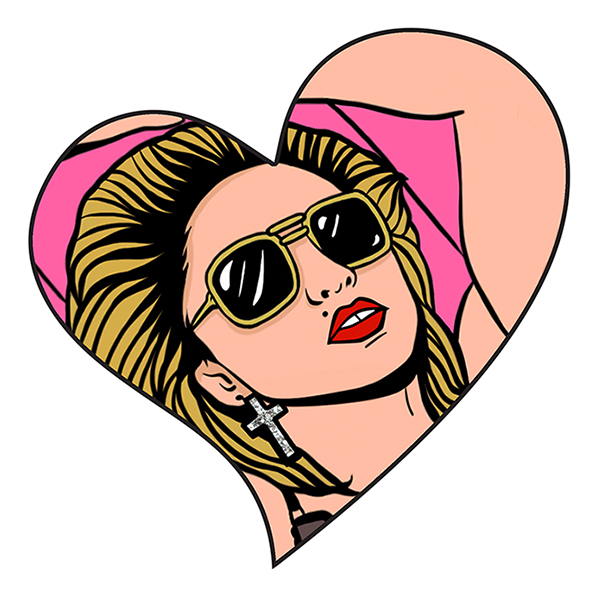 Ryan Arya’s latest enamel pin design is based on the Desperately Seeking Susan pool scene, and it’s the finalist to be produced as a limited-edition run via pin giant, Pin Lord. He submitted the design because he wanted to introduce 80s Madonna to their 100k following (it’s a young-ish following).

If you like it, and would be kind enough to help him out, all you need to do is write @windowblues (that’s my Insta) on the post below.

We have just added this very rare original and official sales presenter from the United Kingdom to the ‘Like a Virgin‘ album promo page.

This sales presenter was sent out back in the day to promote the upcoming release. This particular sales presenter comes with the unique image of the final back cover with absolutely unique font! It is housed in a dummy fold out Like a Virgin album cover (larger in size than the LP). The back of the unique promotional insert states the tracklisting as well as the media campaign coming up to promote this upcoming release. 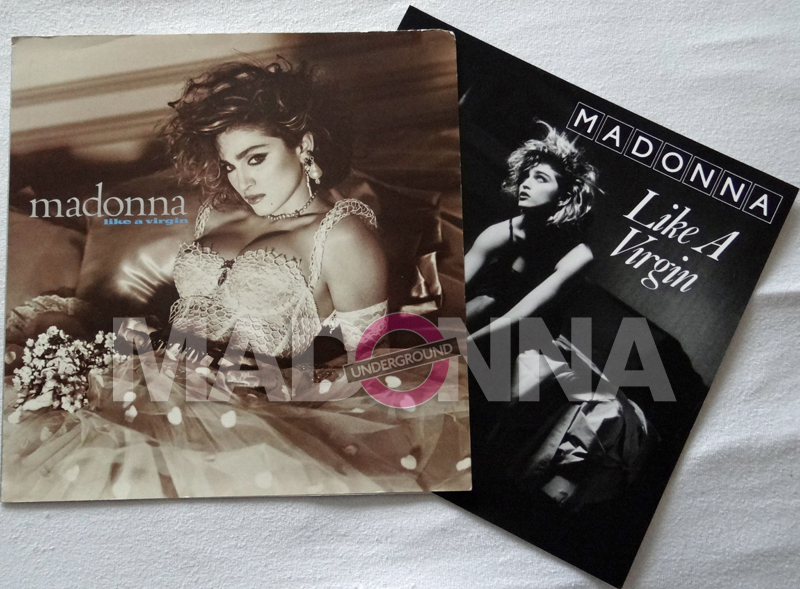 Even though I have been visiting the record fair in Utrecht since the early 90’s, it seems like it has never been more popular than it is now. I remember a time when the amount of visitors was declining and more and more empty spaces would turn up at the fair. However it seems that those days are gone as it looked like the biggest turn out ever! In fact it was so crowded that people (grown men to be exact) were actually fighting with each other when gaining entrance. You could compare it to queuing at a Madonna show, a lot of pushing and shoving!

So many dealers from all over the world brought along some excellent Madonna gear. Unfortunately still too many bootleg vinyls around (and they just keep on coming), dealers please do us collectors a favour and focus on the real collectible items! The fair is open again tomorrow from 10-17, for more info visit www.recordplanet.nl

We managed to find a lot of very rare Madonna goodies and brought it home. Here is an example of what I bought (stay tuned for HQ scans of all of the items in our discography soon). 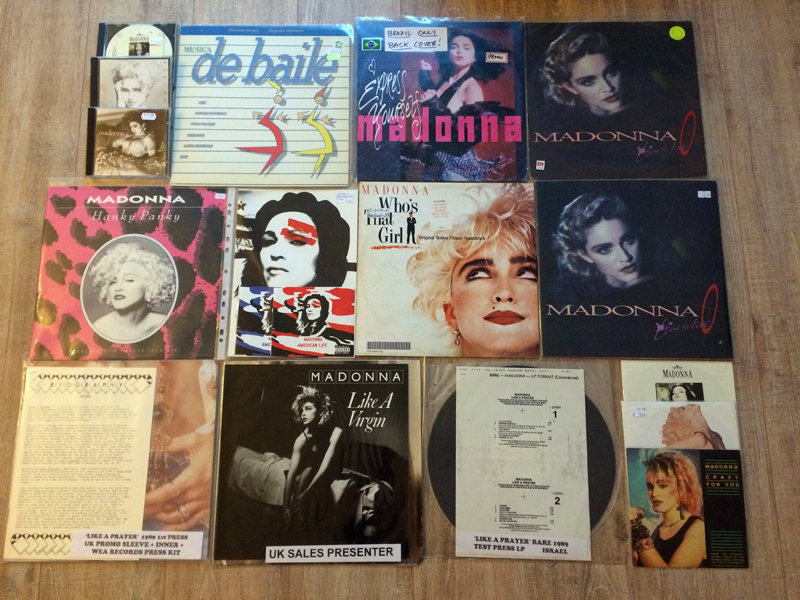 we were sent this info by a tv guide website, if it is not accurate…don’t shoot the messenger! 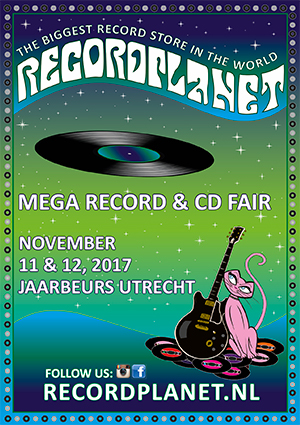 Once again we have a discount code for our visitors when purchasing tickets to the mega record and CD fair on November 11 and 12 in Utrecht!

When purchasing a ticket through: https://registration.n200.com/survey/3p8k4kkqz9hur use the following code MPC3 to pay 11,50 EUR

November 11 & 12, 2017 the Jaarbeurs Convention centre in Utrecht will host the 48th edition of the Mega Record & CD Fair. An event that in the past 25 years has enjoyed international acclaim and made its name as the place to be for music fans, crate diggers, deejays and vinyl lovers. Packed with exhibitions, live performances, book signings and over 500 dealers from all over the world the fair offers the greatest choice of vinyl, cd’s and pop memorabilia. Don’t be surprised if you bump into artists searching for their own original productions.

In honor of the 2017 American Music Awards, Billboard is counting down the best performances from the awards show’s history. Here is no. No. 8.

Throughout the early to mid-’90s, Madonna leaned into the concept that sex sells. But by the time she doled out the 1992 coffee table book Sex — complete with nude images of herself — her sexualized image had reached its peak. At the same time, the shock factor of the Erotica era had lost its impact.

Before rebranding became a thing, the chameleon-like “Material Girl” had a way of reinventing her image. This time, she chose to dial it down on her next album, 1994’s Bedtime Stories. The autobiographical elements of her poetic balladry exhibited a newfound vulnerability that felt more revealing than her sexual gimmickry. The album’s second single, “Take a Bow,” ended up becoming Madonna’s longest running No. 1 on the Hot 100 with a seven-week run at the top.

Two months after that song stormed the charts, Madonna and Babyface delivered their only live performance of the track at the American Music Awards on Jan. 30, 1995. The presence of a live orchestra added a lush texture to the song. Madonna’s distinctive vocal colors were given new life through the prism of Babyface’s R&B-style vocal runs.

Looking at Madonna’s sartorial decision from a 2017 perspective, the cultural appropriation of a white woman wearing a cheongsam (a Chinese dress) might not fly — but it was not entirely random, as the song’s pentatonic strings were intended to evoke Chinese opera. The stage production was relatively barren as Madonna and Babyface stood in place while elevated on their respective pillars.

Babyface previously spoke to Billboard about his appearance onstage with Madonna. “I was nervous as hell,” he said. “But you couldn’t actually see my legs shaking under the suit. When we finished, she told me she had never been that nervous before. That was crazy to me — I was thinking, ‘You’re Madonna, you’re on stage all the time!'”

But the stage fright never showed up on Madonna’s theatrical facial expressions, complementing lyrics like, “You deserve an award for the role that you played.”

Watch the entire performance below.

Vote for the AMAs on Billboard.com.

The 2017 American Music Awards will broadcast live from the Microsoft Theater in Los Angeles on Sunday, Nov. 19 at 8 p.m. EST on ABC.

New in our discography is Madonna’s next studio album (after the notorious ‘Like a Prayer’) I’m Breathless.

Madonna recorded the album inspired by the songs featured in the movie Dick Tracy where she portrayed the part of Breathless Mahoney. Only 3 songs on I’m Breathless were actually featured in the film (Sooner Or Later, What Can You Lose and More). Two singles were only ever released off of I’m Breathless (VOGUE and Hanky Panky), while there were plans for a single release for ‘Now I’m Following You’ but that idea was scrapped (promo’s do exist).

In this discography we have collected 27 different pressings from various countries for you to enjoy. 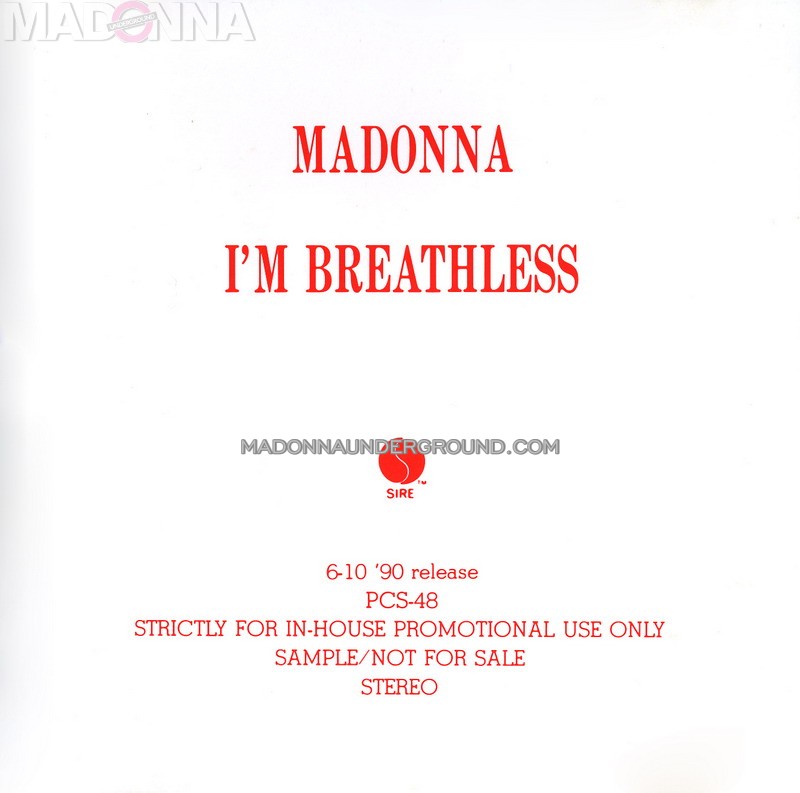 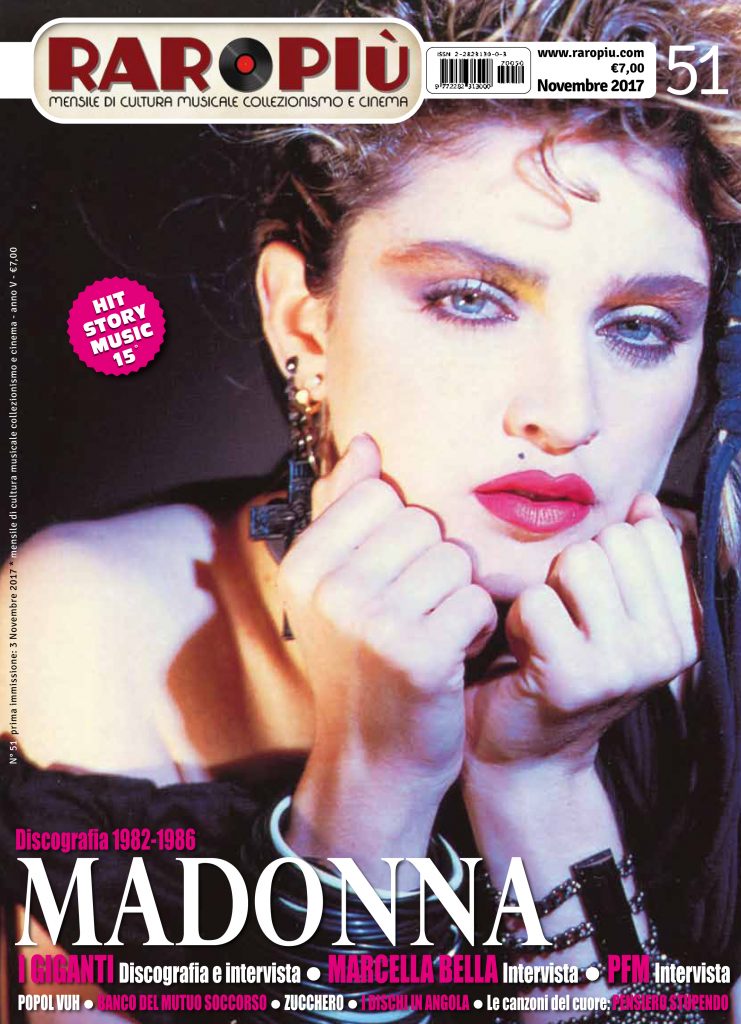 Next and new in our discography is Madonna’s smash hit VOGUE!

One of Madonna’s greatest signature hits! The song was included on Madonna’s forthcoming LP I’m Breathless with songs inspired by the movie Dick Tracy. In the discography we have collected 31 different pressings from our own collection for you to view. Check out the various pressings with different matrix numbers and variations HERE 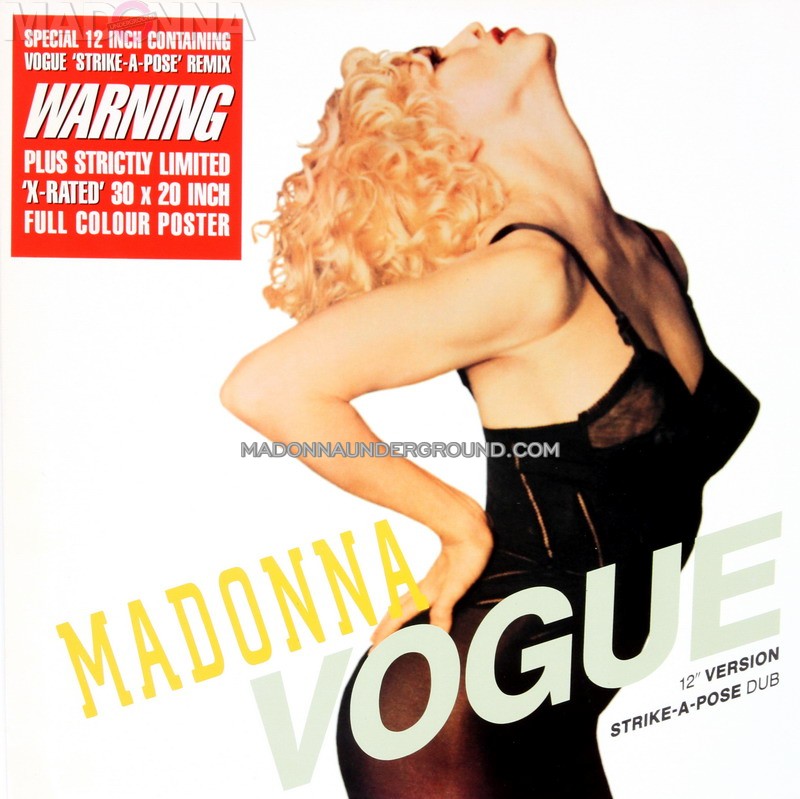 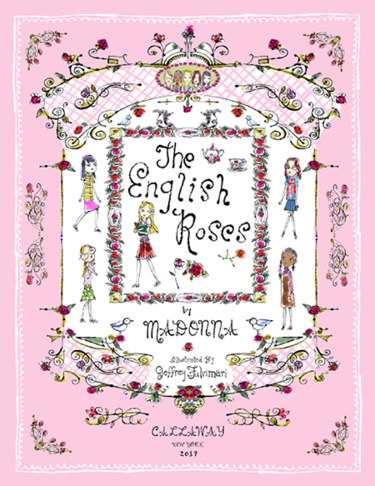 The English Roses by Madonna; more than 500,000 copies sold! An inspiring story about the importance of compassion and the rewards of friendship in a new 15th Anniversary Edition. Madonna’s The English Roses is a story of rivalry and friendship among schoolgirls in contemporary London. Four girls–Nicole, Amy, Charlotte, and Grace–are eleven years old and the very best of friends. They have sleepovers, picnics and ice-skating parties that exclude Binah, a beautiful girl whose seemingly perfect life makes them “green with envy.” However, when a feisty, pumpernickel-loving fairy godmother takes them on a magical journey, they learn to their great surprise that Binah’s life is not nearly as enviable as it had seemed. This tale is cleverly told, with many teaspoonfuls of good humor. Children and adults alike engage with this story that celebrates friendship as much as it teaches compassion. Jeffrey Fulvimari’s illustrations are no less than stunning–they fill every page with vivacious black ink lines and gorgeous watercolor reminiscent of 1960s fashion sketches.

“Madonna has written a whole series of children’s books, illustrated by Jeffrey Fulvimari. The ongoing story is about four girls who become jealous of another girl who they believe lives a perfect life…. Whatever wisdom they contain has certainly been shared widely – the first book was published simultaneously in 100 countries, something most debut children’s authors could only dream about.”

“The story explores several issues, among them the idea that one can be envied or pitied and the emotional deprivation that often motivates overcompensation in both children and adults…Forget Madonna’s wild ways. She offers a vital message for girls.”

“This book deals with a group of friends who snub a beautiful girl because they are ‘green with envy;’ ultimately they learn to have empathy for her, and include her. While a picture book, this is really more for the pre-tween crowd: It may be a good bridge for early readers who are feeling too big for picture books but aren’t quite ready to tackle chapter books.”

Pre-order through direct link below

Tomorrow on OUT TV:

In this episode: Madonna 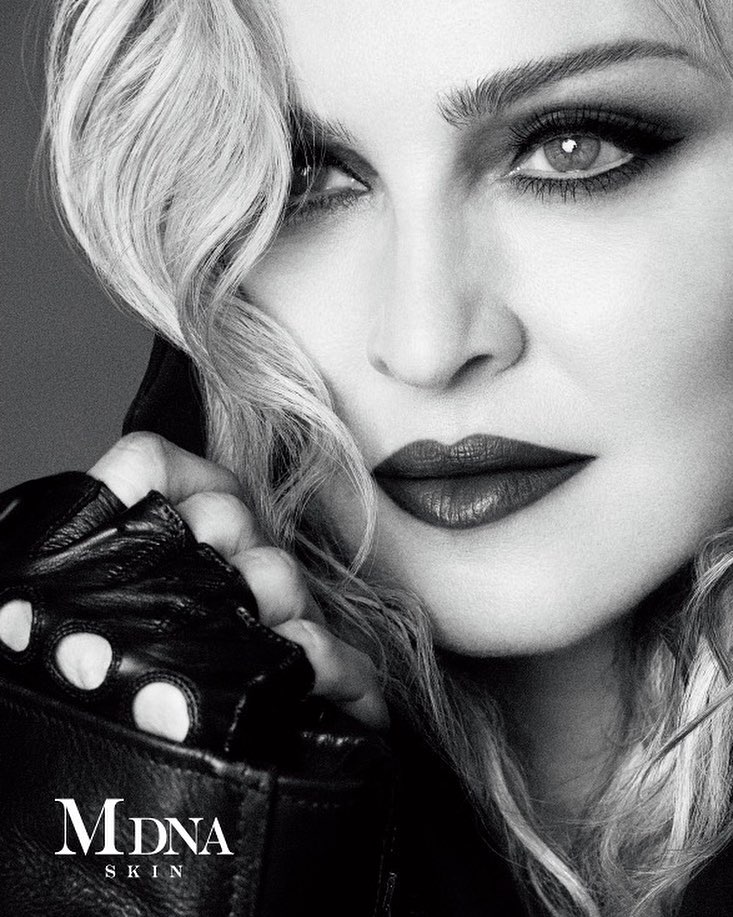 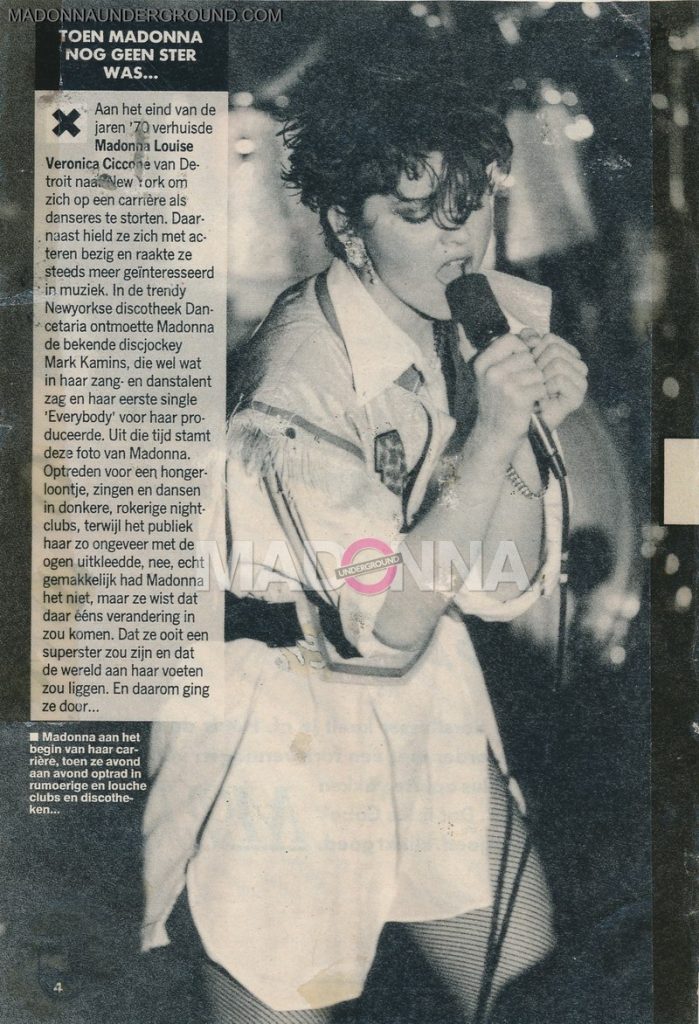 Our ‘The First Album’ album promo page has been updated with newly scanned magazine articles in the ‘press’ section. 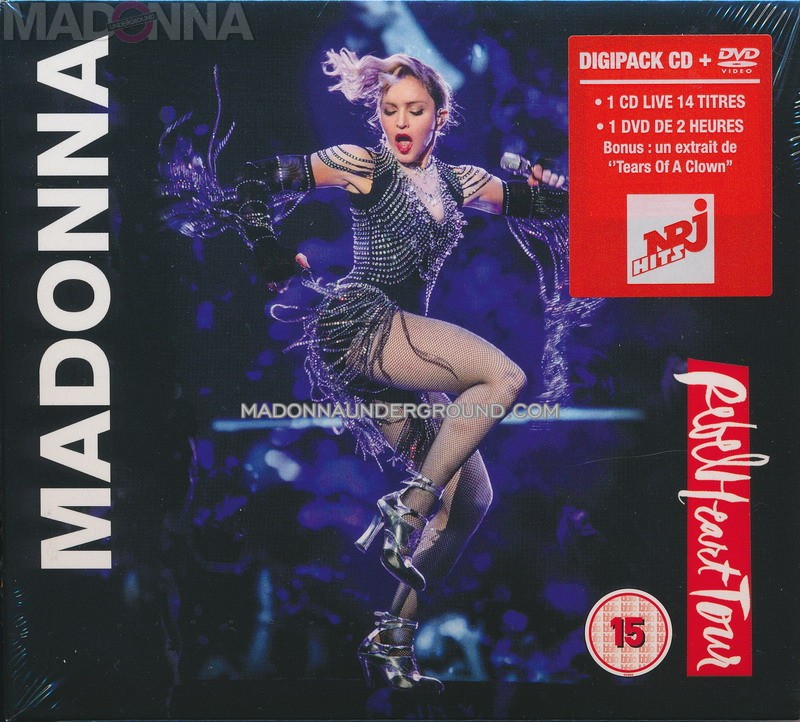 To check out all the HQ scans click HERE 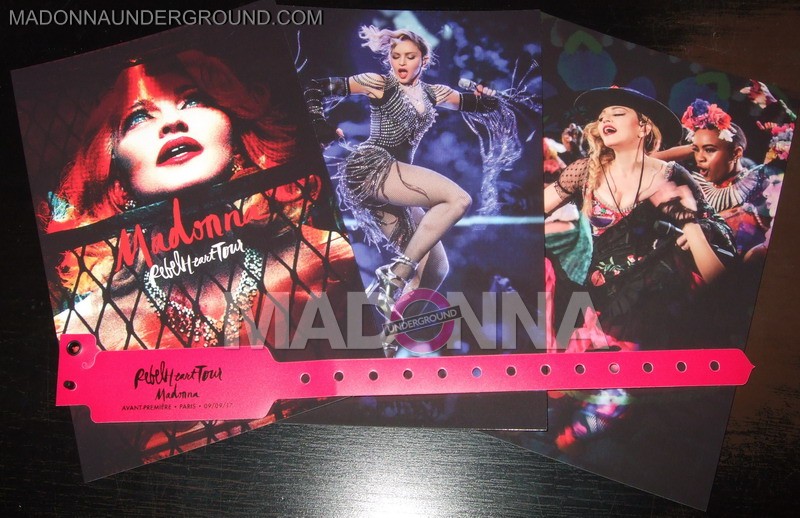 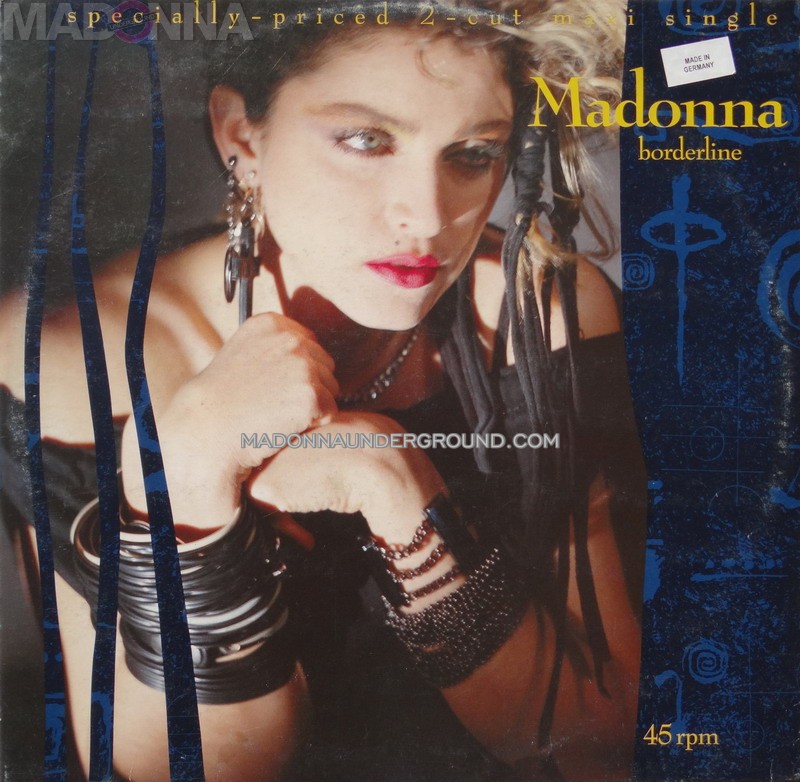 Many of us collectors are fully aware of the famous artwork of the German Borderline vinyl picture sleeve, what a lot of us don’t know is that this is actually the second pressing of the single from Germany. The first vinyl pressing for the 12″ of ‘Borderline’ actually has the same artwork as the well known alternate picture sleeve from the U.S.A (and Canada, Portugal, Brazil and so on). The first pressing is a lot harder to find than the very common second pressing.

We have just added the first pressing of ‘Borderline’ on vinyl from Germany to its discography, check out all the HQ scans out HERE

We have added two new items to the Who’s That Girl (album) discography’: 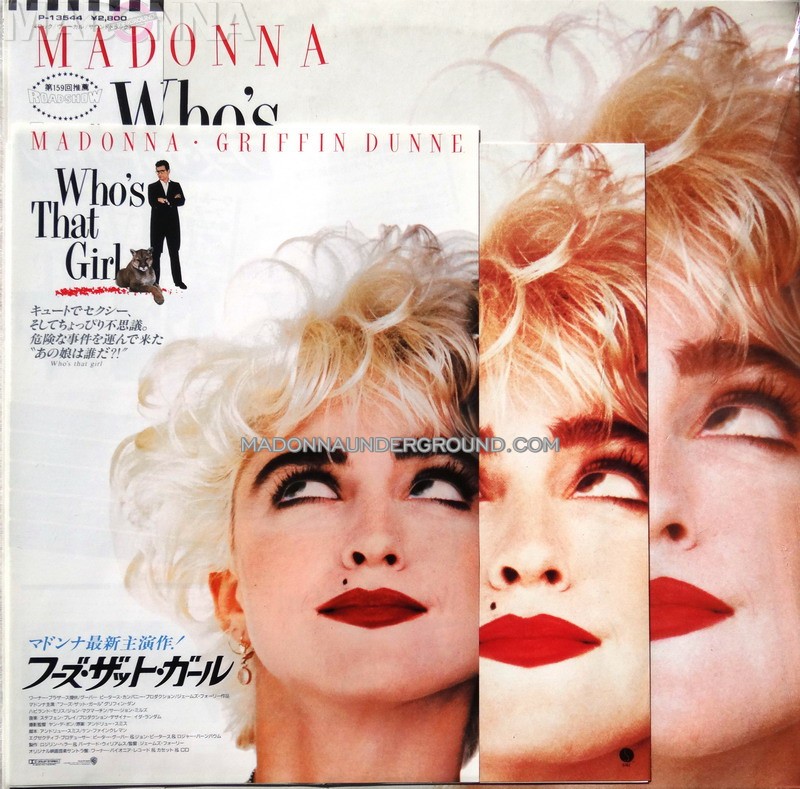