A REVIVAL THAT MAY NOT REVIVE

Madonna and Sean Penn are quietly dashing in and out of Lincoln Center these days in connection with closely guarded rehearsals of David Rabe’s ”Goose and Tomtom” that may never be opened to the public.

But maybe, said Mr. Rabe, who is also directing the play, he will invite a special audience to come next week to a free performance – or even two. And after that? ”I’ve reserved the right not to show it,” Mr. Rabe said.

The rehearsals, in which Harvey Keitel, Barry Miller and Lorraine Bracco are also taking part, have been described by Mr. Rabe as a ”work in progress” for a play that was previously – but in his view unsuccessfully – produced. He said he believes he has a better handle on the play now, but is still not absolutely sure. Gang of Jewel Thieves

In the play, Goose (Barry Miller) and Tomtom (Sean Penn) are a pair of jewel thieves, who, in collaboration with a sexy woman named Lorraine (Madonna), amass a collection of gems only to have them stolen by a rival gang.

”I’m in the process of trying to understand it,” said Mr. Rabe, who is currently working with the actors on the stage of the Mitzi E. Newhouse Theater. ”I wrote it without understanding it, and it has taken a long time to grasp.”

Mr. Rabe wrote ”Goose and Tomtom” in 1978 and worked on it sporadically at the Cubiculo Theater, an Off Off Broadway house. In 1982 it was presented by Joseph Papp at the Public Theater, but Mr. Rabe disassociated himself from the production. At the time, Mr. Rabe criticized it as being ”overproduced, too much paraphernalia – it obscured what the play was about.” Script Recirculated

”I was not quite ready to give up on it,” Mr. Rabe said, adding that he was delighted when the producer Fred Zollo recently passed the script along to Harvey Keitel and Barry Miller. Then, according to Mr. Rabe, Mr. Zollo sent the script to Mr. Penn, who expressed immediate interest.

”He was so interested he didn’t care where we did it or what,” said Mr. Rabe. ”Then he asked me if it was all right if he could show it to his wife. I said: ‘Why not?’ ”

Bernard Gerston, executive producer of Lincoln Center Theater, said the Mitzi E. Newhouse stage had been offered to Mr. Rabe for his ”work in progress” without any obligation to have the play performed. He said a similar arrangement had been offered by the theater on two previous occasions, but for projects with less commercial potential.

”If everybody is happy, then the possibilities are infinite,” Mr. Gerston said. ”But I don’t know if Sean Penn and Madonna will want to set foot on this stage or any other stage. In that sense, it is a pure investigation.” 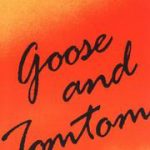