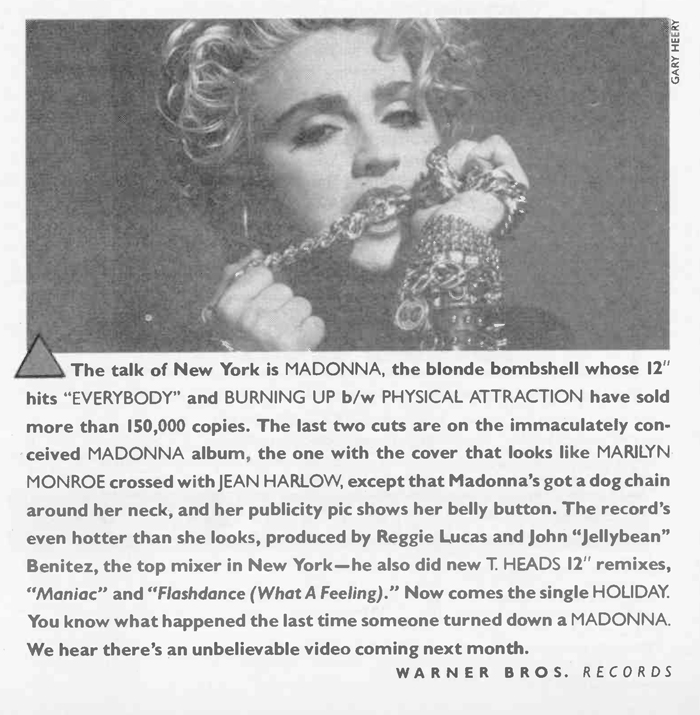 Madonna’s first two singles (Everybody + Burning Up) had just been released and there was a lot of promo coming up for the album’s third single ‘Holiday’.

The article is from R&R Magazine and was published on September 2, 1983.