One of the strangest but most rare items that we found at the record fair in Utrecht was this genuine official promo CD for Madonna’s Hey You.

The following information is taken from Wikipedia:

This promo CD was issued by HIT40UK which was a networked Top 40 show broadcasting on around 130 UK commercial radio stations every Sunday from 4pm to 7pm. It is now a TV programme shown on 4Music. The radio version was produced in house by Global Radio (formerly GCap Media) and Somethin’ Else. The show was cancelled on 7 June 2009.

This particular promo CD contains the edit version to Hey You, 100% genuine!! 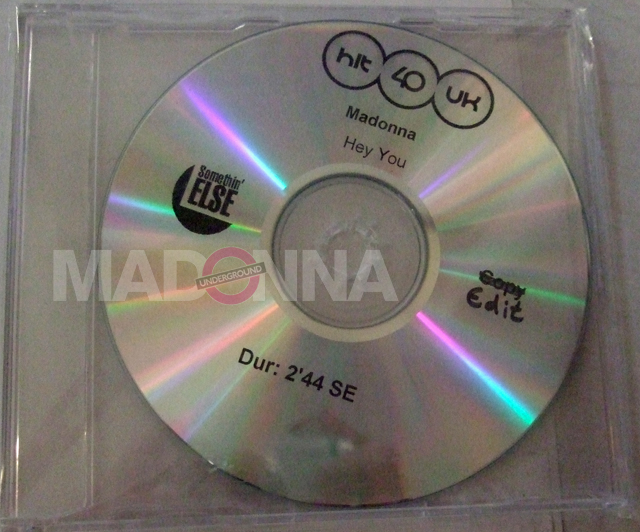