Madonna Found An Unreleased Outtake From A Photo Shoot On The Internet, Is Mad About It 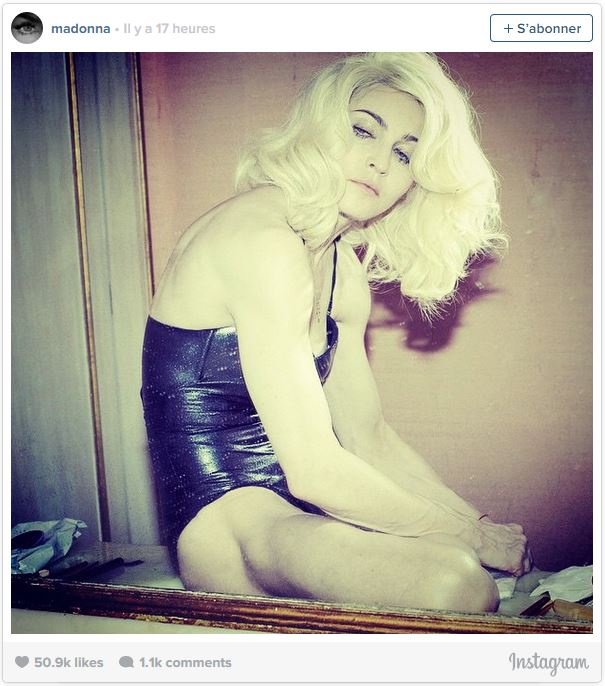 The Queen Of Pop is sick and tired of all this leaking business.

A few days ago, Madonna discovered that two of her unreleased tracks, “Wash All Over Me” and “Rebel Heart,” spilled onto the Internet during Thanksgiving weekend. She was mad, to say the least, posting a photo of a broken iPhone and rightfully declaring it to be “#fuckedupshit.”

And now, in between dreaming up new hashtags, recording her highly anticipated MDNA follow-up and taking selfies in the bathroom, the Instagram warrior just happened across a previously released outtake from a Steven Klein photoshoot…and she ain’t pleased about this one, either.

“Out takes from steven Klein shoot I’ve never seen before. Thanks for showing me again and again that stealing selling and buying is alive and well in cyberspace! #fearnoevil,” she angrily Instagrammed, along with the photo. Cyberspace! Stop stealing, selling and buying Madonna’s s–t! Good things come to those who wait. Or, as Madge herself once said, “#cantabitchjustfinishhershit”?