Give Me All Your Luvin’ discography online – 19 items 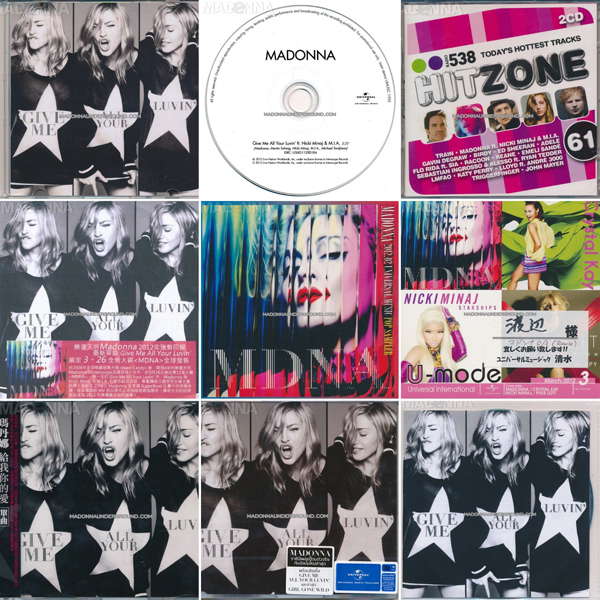 Give Me All Your Luvin’ Madonna’s first single with new label that kicked off Madonna’s new ‘MDNA’ era. The single was performed in Madonna’s infamous Superbowl Halftime show, then the best watched Halftime show ever.

Despite the track having Nicki Minaj and M.I.A. on it, the Superbowl Halftime show plus the announcement of the MDNA Tour, it failed to become the lead single hit we’d come to expect from a new Madonna album.

She performed the track in a spectacular way on her MDNA Tour.

For the discography we have collected 19 different pressings of this release for you to view. This includes the very rare official Dutch promotional CD, the Korean compilation sampler in cardsleeve and the French limited editon promo.