Arianne Phillips: Getting the show on the road ? 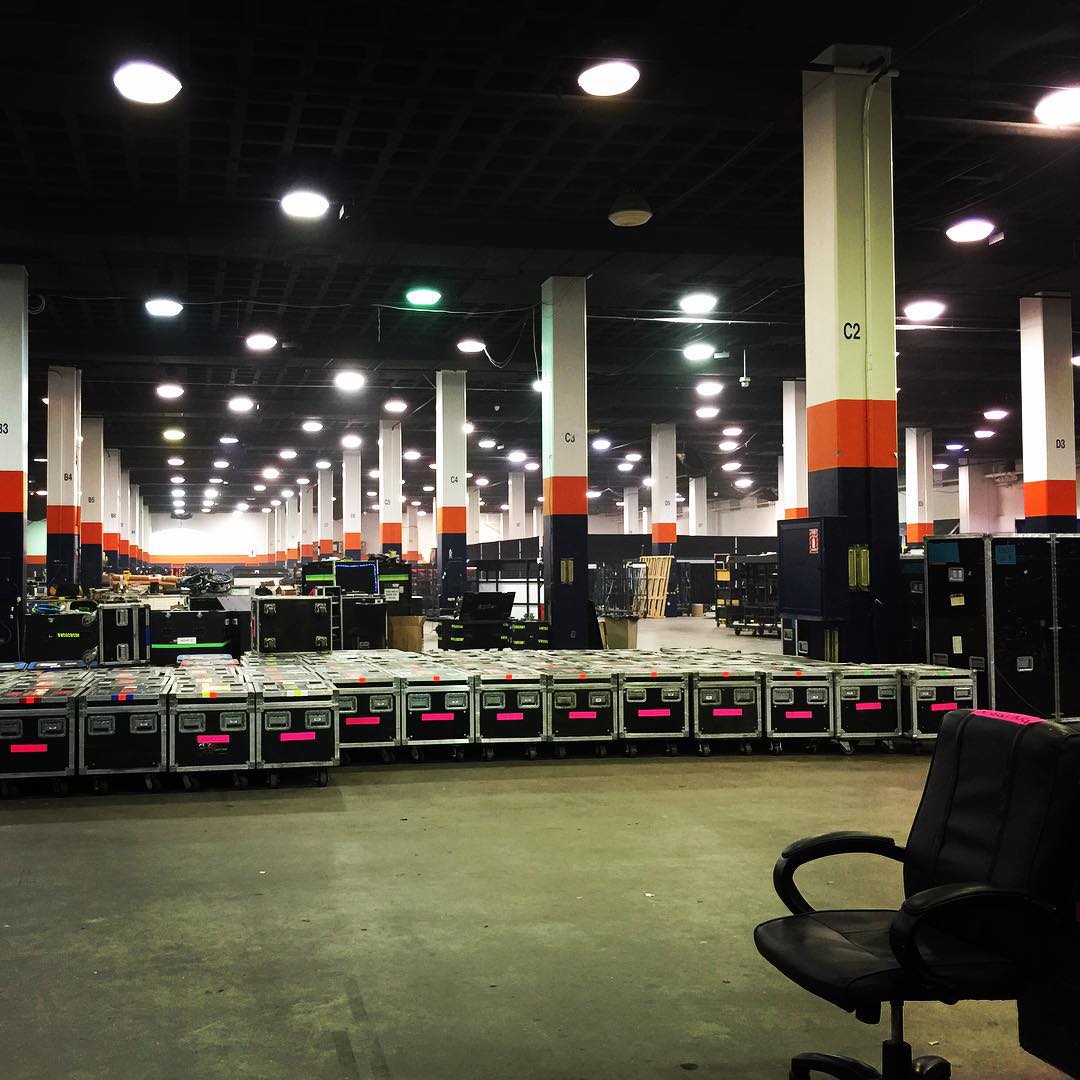 Celebrity trainer Craig Smith shows you how Madonna sculpts her arms and abs.

To Pit or not to Pit

Tony Villanueava has responded to a question by a fan on his Instagram whether or not there would be another pit/golden triangle during the show. He responded by saying: ‘Pit. It could be a Pit OR it might be something better !’ Every fan that was able to experience the show from the Golden Triangle…

Click HERE to listen to a brand new interview M recently did for Canadian radio to promote her Rebel Heart Tour. The printed version was released last week in Journal de Montréal/Québec

Madonna in talks to be featured in reality TV show

We reported on this issue a few days ago, there’s a new team behind Madonna’s merchandise customer service. Now Madonna.com has also sent out an email to all its registered members:   Thanks once again for participating in our Icon ticket pre-sales for Madonna’s Rebel Heart Tour, which opens very soon on September 9 in…

We are currently working our butts off to wrap up the new and improved ‘World Tours’ section for MadonnaUnderground. This section will be similar to our Album Promo section (focuses on Madonna’s album releases and the promo tours that came with it). Imagine having hundreds (if not thousands) of original magazine and newspaper articles as…

Tired of reading the same old (non-accurate) biographies on Madonna? Want something new and original? Finally there’s a brand new book for you to collect, this one is all about her film career in 122 pages: Madonna On Screen.

Madonna: On Screen is written by Chris Wade, he discusses all the movies she’s starred in and/or directed. The book contains pictures, info and an interview with Desperately Seeking Susan writer Leora Barish.

Stay tuned for an exclusive closer look at the book soon, there’s also a Q&A coming up with the author!

For more information, this is the full press release:

Often recalled as the “Marie Antoinette” performance, Madonna’s game-changing 1990 rendition of her hit “Vogue” was based on the film Dangerous Liaisons, with Madge donning Michelle Pfeiffer’s actual dress from the movie. Luis Camacho and Jose Gutierez, both of whom danced on Madonna’s “Blonde Ambition” tour and choreographed and danced in the original “Vogue” video…

Fans have been reporting that Live Nation doesn’t offer customer support anymore regarding Madonna merchandise. Fans have e-mailed Live Nation and have all received the same reply back: ..’Thank you for your email. We do apologize for any confusion; however we no longer provide the customer service for the Madonna Fan Club. If your questions…

This autumn, the Kunsthal Rotterdam is proud to be presenting a major exhibition on the life and work of influential American artist and activist Keith Haring (1958-1990). ‘Keith Haring. The Political Line’ is the first exhibition in the Netherlands to highlight in detail the social and political aspects of his life’s work. One hundred and twenty artworks reveal an underexposed side of this world-famous artist. To personally experience these imposing artworks is a visual spectacle that has great impact. Twenty-five years after Haring’s death, his art is as influential as ever.

A protégé of Andy Warhol, Keith Haring spawned a revolution in art during the 1980s with his unmistakably unique style. In New York, during the conservatism of the Reagan era, the openly-gay Haring made it his mission to highlight social evils in his work. He took a clear stance against the excesses of capitalism and was committed to nuclear disarmament, environmental protection and equal rights for all, irrespective of ethnicity, skin colour, religion or sexual orientation. Together with diary excerpts and other archival material, the thematic collection of works in ‘The Political Line’ illustrates just how committed Keith Haring was to the socio-political issues of his day.

Keith Haring held a leading position in the New York ‘downtown’ community of painters,performers and musicians whose creativity took its cues from urban street culture. Keith Haring was inspired by graffiti, comic strips, music, dance, fine art and popular culture. Haring considered art to be a public right. The much-criticised commercialisation of his own work on T-shirts, badges or stickers was an integral part of his philosophy that ‘Art is for Everyone’. Haring had a tremendous influence on his generation, and although his career spanned just over one decade, the effects of his visual vocabulary still reverberate.

Many of the works in ‘The Political Line’ are on loan from the Keith Haring Foundation in New York, supplemented with important works from international museums and private collections. The diversity of Haring’s work ranges from the early chalk drawings created in situ in the New York City subway stations (the ‘subway drawings’), to his large-scale paintings on canvas and vinyl tarpaulins, innumerable works in Sumi ink on paper, unique objects and sculpture. Documentary material from the Haring Foundation’s archival holdings completes the picture of artist and activist Keith Haring. As Kunsthal director Emily Ansenk emphasises, ‘We are delighted that this exhibition is taking place in Rotterdam, the city in which Keith Haring had his very first exhibition outside the USA, in 1982. Throughout his career, Keith Haring pursued his ambition to make his work accessible to everyone, not only to the art world. He shared his work through every channel possible. The Kunsthal Rotterdam is therefore the best place in the Netherlands for this exhibition; we are making his work accessible for a wide and new public audience.’