In pictures: Madonna’s Rebel Heart world tour starts beating to the delight of her legion of fans

MADONNA kicked off her Rebel Heart world tour in Montreal last night to the delight of the tens of thousands of fans crammed inside the Bell Centre in Canada. Madge’s stage was swarming with soldiers and swordplay for much of the evening, threated together with her contemporary choreography. Images flashed around the arena of Madonna…

Madonna kicked off her ‘Rebel Heart’ tour in style on Wednesday (9 September) night, sporting an array of typically lavish outfits over the course of the evening. During her two-hour show in Montreal, Madonna wore outfits inspired by samurais, matadors and at one point even became a rock chick (though the less said about that…

Madonna has finally kicked off her Rebel Heart Tour and shown she’s not afraid to wear elaborate costumes, despite her infamous cape-tripping incident at the 2015 Brit Awards. The queen of pop had delayed the start of her North American dates because she wanted the show to be “perfect” for fans. So she was…

Stripper nuns, a wedding and oral sex: Is Madonna’s Rebel Heart tour her filthiest yet?

MADONNA has kicked off her Rebel Heart tour with a bang and as you would expect it’s X-Rated from the get go. Descending from the heavens in a giant cage, the Queen of Pop kicked off her 24 song set wrapped in a red kimono – but it wasn’t long before the clothes were coming…

POP superstar Madonna had Canadian fans getting into the groove last night (Wedesday) as she kicked off her world Rebel Heart Tour in Montreal. The 57-year-old belied her years as she charged through the 22-track setlist with her usual brand of slick choreography and energetic dance moves. She even braved a cape complete with train in…

In an uncharacteristically unadorned segment around two-thirds into the kickoff of her Rebel Heart Tour, Wednesday at the Bell Centre, Madonna announced she was “going to sing a little song here on my guitar — back to where it all began.”

Before she could spark a flamenco-tinged Who’s That Girl, a fan’s interjection caught her ear. “Yes, I know I played drums first. But who can see you behind the drums? I’m a Leo. We like to be the centre of attention.”

So she’s still self-aware. And in a spare-no-expense theatrical spectacle that artfully flowed from showstopper to showstopper, she proved once again that she doesn’t just crave the spotlight — she owns it.

Montreal accidentally got the first look at the Rebel Heart Tour after five shows were postponed for extra prep time, and the kinks were ironed out before Wednesday night. (OK, 99 per cent of them were: “This costume is treacherous,” the singer exclaimed when she got snagged by some bejewelled fringe.) Consisting of four loosely thematic sections broken up by costume changes, with almost every song benefiting from its own tailor-made staging and with a small army of dancers gracefully executing intense choreography, the show hit all the marks.

Those included the expected provocation. Anyone hoping Madonna would smash new taboos would have left disappointed; but then, she’s already shattered most of them. Still, the first segment’s slightly confused rebellion was built on a load-bearing mash-up of familiar themes: sex, salvation, religion, oppression.

The introductory film positioned the star as both outsider and leader, with images of Madonna — and, why not, Mike Tyson — in captivity, and talk of “too much creativity being crushed beneath the wheel of corporate branding. … It’s time to wake up.” Ignoring the fact that Madonna long ago became a corporate brand unto herself, it was thrilling to see her descend from the rafters and break out of her cage. With a battalion of armoured warriors falling under her command, Iconic was insanely theatrical, Broadway-worthy, and just the beginning.

The most shocking thing about Madonna’s “Rebel Heart” tour, which opened at Montreal’s Bell Centre Wednesday, had nothing to do with sex. (How could it at this late date?) And it had nothing to do with religion (though she did offer such token Madonna-esque stunts as nuns on stripper poles and dancers gyrating on… 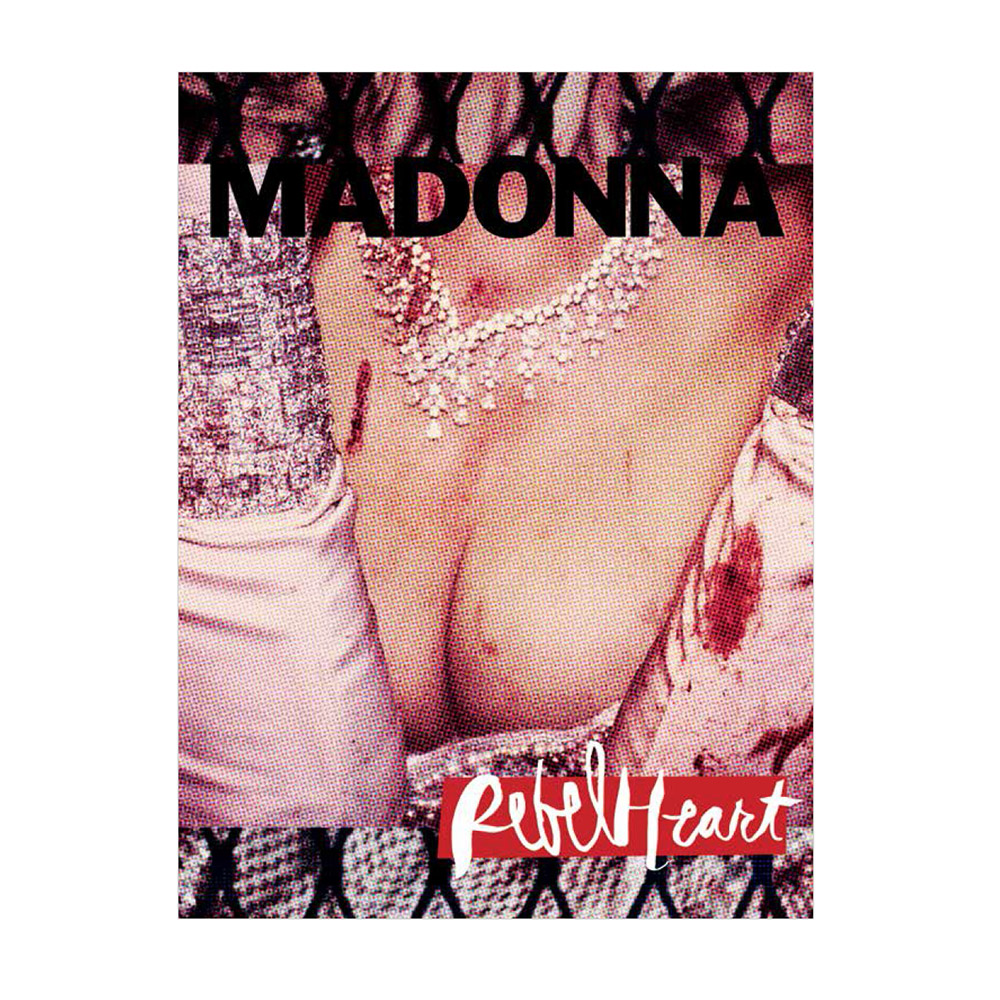 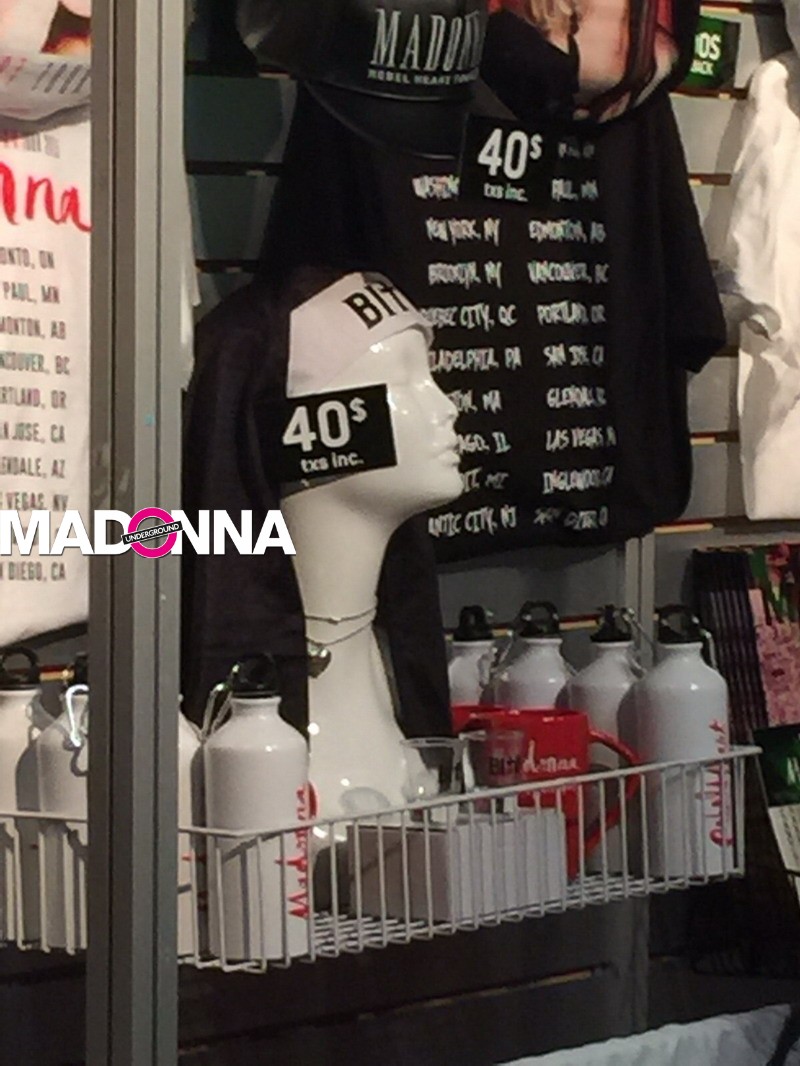 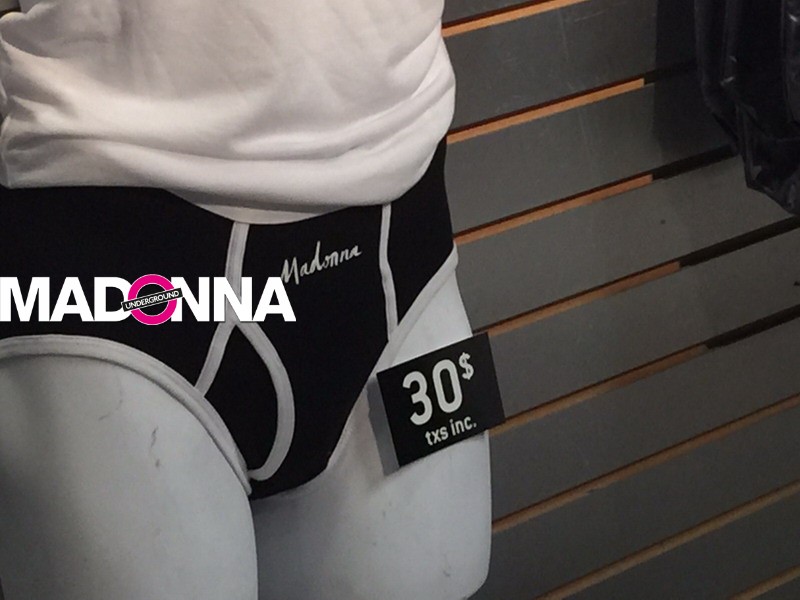 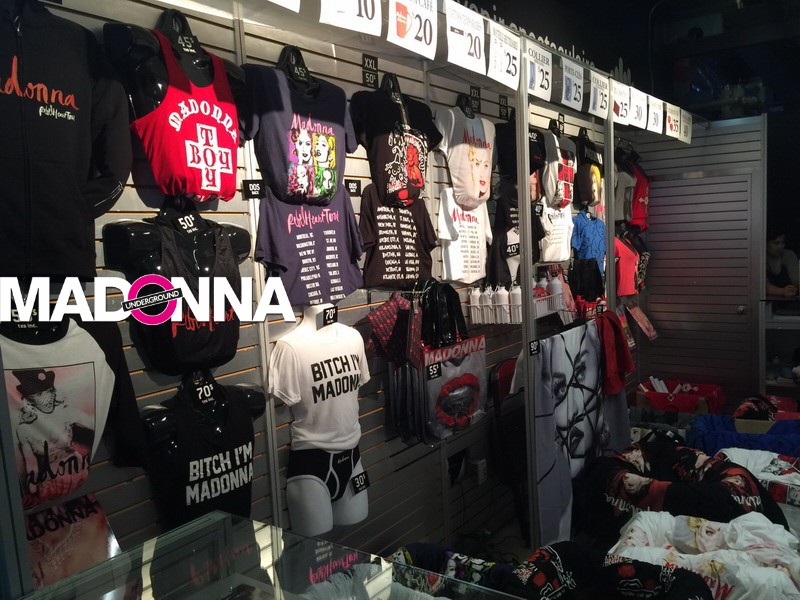 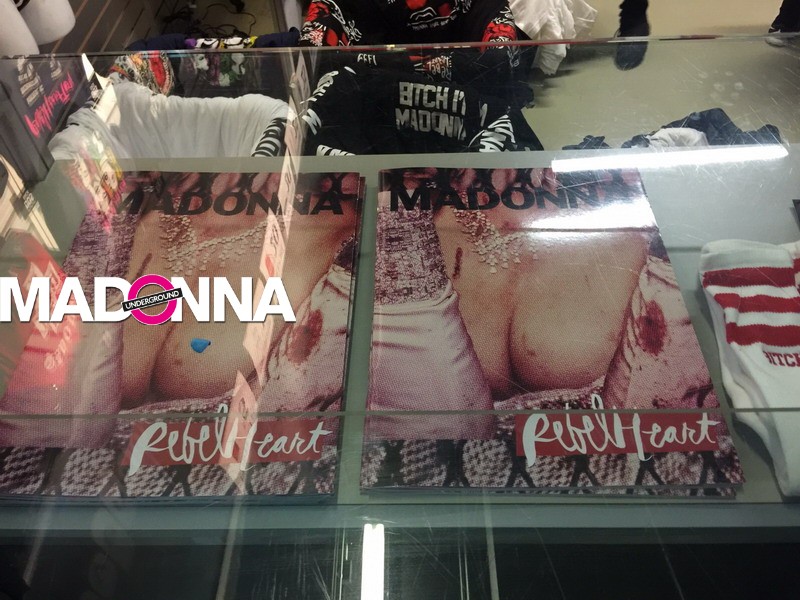 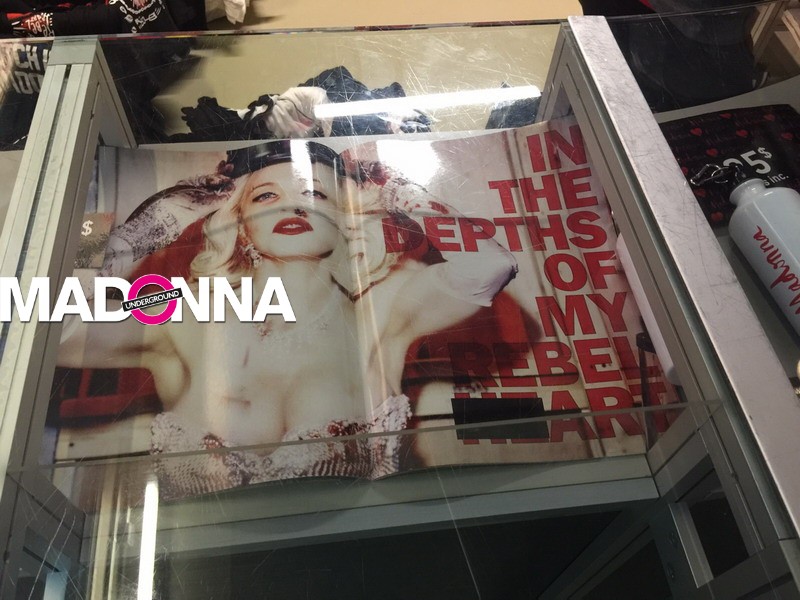 This is the situation currently outside the Centre Bell venue in Montreal: various music stations are currently setting up equipment and banners.

The ‘Madonna’ bus is quite a popular sight in Montreal

Thanks for the pictures and info to Jochen Vanhoudt on location! 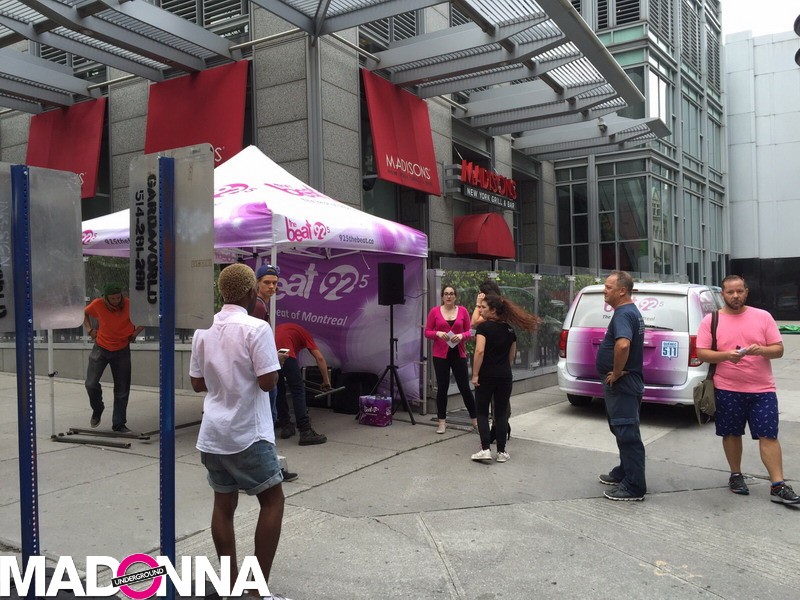