SEE IT: Prince, Madonna, The Jackson 5 and others who rocked Dick Clark and ‘American Bandstand’

Guy Guido, the director of the forthcoming documentary ‘Emmy and the Breakfast Club’ has set up an official Instagram account for the production. To keep up to date please follow the account here. Guy Guido is a massive Madonna fan himself and promises that this documentary will be done with ultimate respect for her. It surely…

As usual we have a discount code available to all of our visitors for the upcoming mega record and cd fair in Utrecht in November. The code RC3 gives you a discount of the original price of 14 euro’s, with discount you will only pay 11,50. There are no additional fees, order your ticket through www.recordplanet.nl 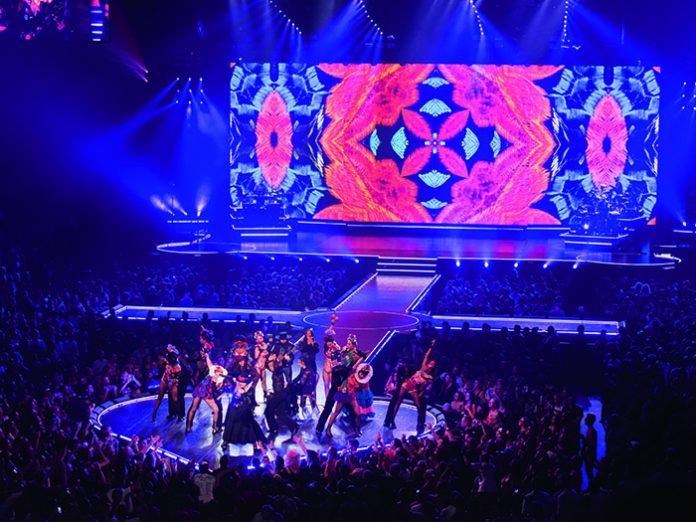 After a successful first leg in North America, Madonna brought her Rebel Heart tour to Europe with the goal of maintaining consistency across the board. TPi headed down to one of the pop icon’s London dates to meet the crew and discover the intricacies involved in such a mammoth production.

With today’s highest-charting artists locked in seemingly perpetual battle to concoct the most elaborate and breathtaking stage shows imaginable, gig-goers can be forgiven for setting the bar particularly high when it comes to production values. One artist that continues to push the envelope, driven by her famously exacting standards, is Madonna. After all, nobody becomes the ‘Queen of Pop’ by working in half measures.

The Rebel Heart tour saw Production Manager Jason Danter working with Madonna for the first time, taking over from road veteran Jake Berry. He explained: “We met in September 2014 when they invited me to do the tour. We kicked off in January with the Rebel Heart promo, which went to the Grammys first and then to the Brit Awards. However, it was really mid-February by the time we started working on rehearsals and sales for the tour.”
In something of a break from the norm, Danter was personally interviewed by Madonna for the job: “This is the first time I’ve been interviewed by the artist. I’ve had telephone conversations and I met Beyonce once when I did some work for her, but most of my work comes via word of mouth and is agreed with management.”

Conveniently, Danter was on a short break from another tour at the time. He continued: “Madonna’s management invited me to New York for the interview. There were three of us in the room; myself, Sara from her management office, and Madonna. We chatted for around 45 minutes during which she asked what other stuff I’d done, who I’d worked with, my work ethic, and how I keep people motivated.

“We seemed to hit it off. We joked and laughed a little bit and I asked her a few questions. Two days later I was back on tour, so I didn’t really give it much thought after that. About three weeks later I got the call saying Madonna was happy for me to do it, if I was still available – and the rest is history!”

It is clear from talking to Danter and his touring colleagues that Madonna is a perfectionist, and he was keen to point out that it didn’t bother him in the slightest.
He explained: “She puts in a lot of time, more than a lot of other artists. She’s toured for long enough to know how she wants things to go. She sound checks and rehearses every day just to get used to the room, we have to be ready to go by midday. To achieve that, we do 30% of the work the day before show day and the remaining 70% on the day. There have been times where we haven’t been able to do that and we’ve had a couple of buildings where we’ve started at 2am and worked through until 5am – something I wouldn’t recommend!”

The gruelling schedule requires 90 touring crew, as well as 45 vehicles comprising 13 buses and 32 trucks, making 135 people all together with drivers, and other local crew being brought on at each venue.

Madonna’s Rebel Heart Tour has been nominated at the American Music Awards for best tour of the year, please cast your vote here 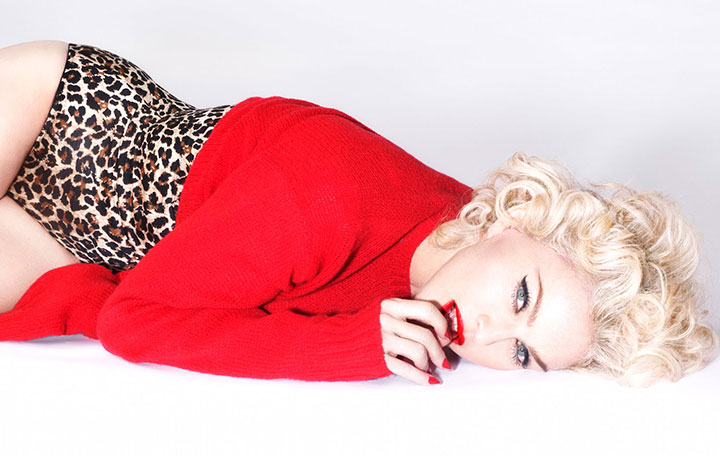 A new factory silver pressed (but unofficial) 2CD digipack has been released onto the collector’s market. This Rebel Heart Tour release was audio recorded in the Asiaworld-Arena, Hong Kong on February 17, 2016. This is an audience recording and contains the full show, the quality is very good throughout and a bonus track has been…

The author of Madonna: On Screen and The Music Of Madonna has just released a new version of Hound Dawg Music Issue 4. It contains a load of Madonna articles including: The art of being Madonna George DuBose on photographing Madonna Dean Gant on Madonna’s first album Bruce Gaitsch on songwriting with Madonna Lucky Star:…