“Cape Verde’s music has open arms to receive any influence” 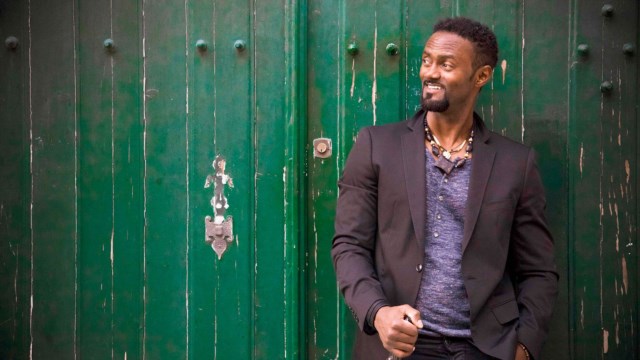 He has lived in Portugal for over two decades and is one of the musicians on Madonna’s Madame X tour. Enjoying an “open” at the eight concerts of the singer in the Colosseum (there will still be five more: from Saturday, 18, until next Thursday, 23, with new stop on Monday), Miroca Paris performs at the Capitol, in Lisbon, with a show in its own name based on its debut album, D’Alma, released in 2017. It’s this Friday, at 21h30.

Miroca Paris was born in a Mindelo family of musicians in Cape Verde on December 13, 1980 (although his official record is mistakenly in 1979). “My great-grandfather offered people music. He would open the backyard door, fiddle himself, and people would sit there listening. My grandfather [Tito Paris’s father, who is Miroca’s uncle] was already playing banjo and was the first person to bring a bass guitar to Cape Verde. ”But there’s more:“ Tito is the loudest name in our family. But there are the brothers, Toi Paris, Manuel Paris, my cousins ​​Nir Paris, Ze Paris, my brother Cau Paris. And my cousins, Deborah, Agnes, are all singers. Now there is also Sarita, who is singing, the sons of Tito, my daughter Malu Paris. There are still many connected to music. ”

Having started on drums at age seven, only then rocking to sing and play guitar at age 13 gives it a rhythmic sense that many guitarists don’t have. “I didn’t realize that at first. But in fact my playing is very rhythmic and now that has become clearer. I need the rhythm. ”He traveled to Portugal in 1998, a few months before the Expo (which he attended), but it was not soon. “He was younger and wanted to enjoy Cape Verde.” He walked here and there during this year until he decided to settle in Portugal. “They convinced me, my mother and my uncles, that I could have a music career.”

A cocktail of rhythms
D’AAlma was released in December 2017: “Releasing a record at the end of the year is almost killing it, because it only has a month. However, in these two years, a lot has already happened, the head is always working, making new songs, and all this feeds these songs better. ”Despite having new compositions, will not use them in this concert. “Because I want to enjoy the album. My first single is called Mund amor, for one reason: it’s not love for one person but also love of neighbor, love of nature, is to waste nothing. So I want to give the record the way it deserves. ”His first performance concert took place at the Womad festival in Las Palmas in November 2017.

Miroca Paris did not intend to record a record. “I worked with Cesária [Évora] a long time. I was doing my compositions, but never trying to record. But after she passed away I thought maybe the time had come, because I thought I would travel less. But I traveled more, because I started to accompany six to ten artists. And I couldn’t record because of the tours. It took me five years to finish the album. ”This time, and this learning, were decisive in fixing a sound:“ With all that I heard and learned, it was impossible to make a purely Cape Verdean record; it would be as if it had never left. Cape Verdean music is already a cocktail of rhythms, all mixed together. Because it has open arms to receive any influence. ”

The 11 years he accompanied Cesária Évora (from 2000 to 2011) were essential for the formation of the sound he arrived at in D’AAlma: “I was very inspired by Cesária’s tour. I met a lot of people. Cesaria, until the last days of her life, had no idea how big she was. The places where we played! ‘Carnegie Hall? The room is beautiful! ’ She was even bigger than I could imagine. ”

It was in Paris, the twin city of his nickname, that Miroca eventually broadened the horizons of his music: “I began to mingle with Latinos, with Francophone Africa, with Brazilians. This whole mix, talking about music, instruments, was an overwhelming thing. Then I decided to go back to Portugal in 2005, and that’s when I recorded with Sara Tavares the Balance. ”

But besides Sara Tavares and, before her, Cesária, Miroca has played with many other voices over the last few years: Angélique Kidjo, Aline Frazão, Bana, Bonga, Boy Gê Mendes, Camané, Celina Pereira, Cuca Roseta, Nancy Vieira, Teófilo Chantre, Tito Paris. Now integrates Madonna’s world tour with Madame X: “She is very creative, every second she creates something, she thinks, always gives ideas; you see something and you are already wondering how it can grow soon! It’s amazing, her professionalism! ”

For Miroca Paris, this has been another level of learning: “I have caught this pet of wanting to be more creative. A lot of things are going through my mind right now and the new album has to start recording right after the tour. ”