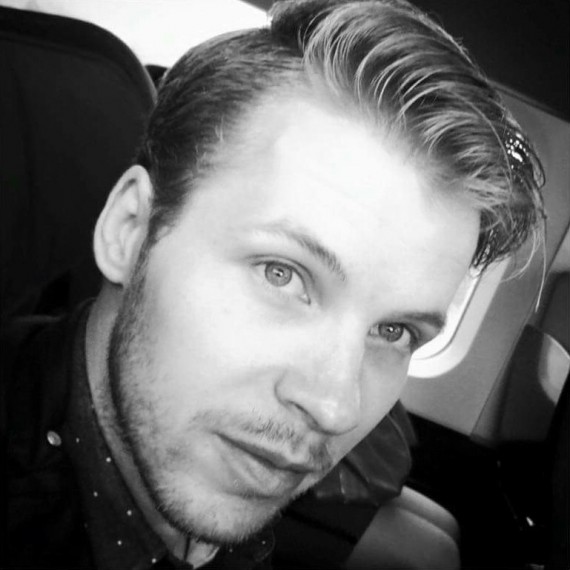 Alright, let’s start off with some basic introductions.

My name’s Dirk, 30 years old (or young, depending on how you look at it) at the time of writing this introduction (July 2015). I guess you could call me the nerd behind the website. Previously only working in the background but now moving into the light for a bit (it burns!).

In 2014 I became involved to Madonnaunderground almost instantly when I started dating Kimberly to whom I am engaged now. She’s a fan by heart so when I got her, I got M as well. At the beginning there were no plans for me to be working on the website, but since there was a growing need for the website to be mobile compatible and I work as a professional IT nerd (so am expected to know how things work) I decided to play my part.

We started designing the new website in December 2014 and after the team agreed on the new look and feel we began to move all content from the old site to the new one. A tedious job, since we had to do all from scratch, but in February 2014 we were able to go live. Yay! From then on we have been busy to transfer the old site to the new one, adding parts as soon as we feel they’re ready.

There’s still plenty of work to get everything back online, but little by little we’re getting there. In the meantime we have to make sure everything runs as smooth as possible. In short, my job is to keep the site up and running and to make things look good. Besides maintaining the website I’m active on our Twitter account to see what’s going on in the big angry world of hashtags and trending topics. Be sure to follow us there as well.

When you talk Madonna, you could say I’m like a virgin. At this point I haven’t been to one of her concerts. Ever. Not yet, that is. For her upcoming Rebel Heart tour I will be at both shows in Amsterdam, with a special thanks to the team.

Although I didn’t grow up as a fan I obviously know about M. Who doesn’t? I also remember my dad used to have a huge poster of M on his bedroom door (don’t ask) so I guess she did rub off on me in a way.

Since I got Kimberly to fill up my MP3 which I use in the car, there was no way around M anymore. My favorite song is Spanish Eyes followed by Gang Bang. True Blue completes my top three. At the moment that is, you never know which song comes around and hits me in the face.

The most special Madonna related thing so far was to make a dream come true for Kimberly, Hans and Fred. They got a photo taken with the queen herself. Something they thought would be quite impossible, but something they much deserved for all hard work on the website and their support throughout the years.

Leaves me to say that I would probably see some of you guys in Amsterdam during the Rebel Heart shows in December and that we will keep doing our best to keep the website fresh and entertaining. In the meantime you might see me posting something every once in a while and I just might even retweet you…

So we made it safe and sound into the new year and I believe it’s time for an update here.

On the 5th of December 2015 I went to see my first ever concert, for the first time ever in the Amsterdam Ziggo Dome and, for the first time ever, watched Madonna perform live on stage!
So while Madonna just expanded her tour, she also took my tour-ginity last December. And without much time to recover we were at it again the day after (also went at 6 December 2015).

So how did this newbie to the M-scene like it?
As some of you know (especially if you’ve read my introductions) I am not a Madonna-fan per se.
Did I like the show? Hell yeah! It was real fun although some parts failed to live up to expectations, but this might’ve been because I expected more action on stage like fire, lasers, moving parts of the stage and so on. Some parts of the stage did move, but it kinda lacked the “BANG!” to go with it.

The intro was amazing tho. It was powerful and the build up was done very well.
Song-wise I liked Candy Shop most and interlude-wise I loved Illuminati.

Does this mean I am a true M-fan now?
No. Not yet at least. Attending two shows is good enough for me, but I support my girl and every other fan to go to as many as they like.
Let’s just say I’m a fan-sidekick.