Michelle is the author of the ‘Madonna’ (Mammoth book of….) book, read our interview with her below 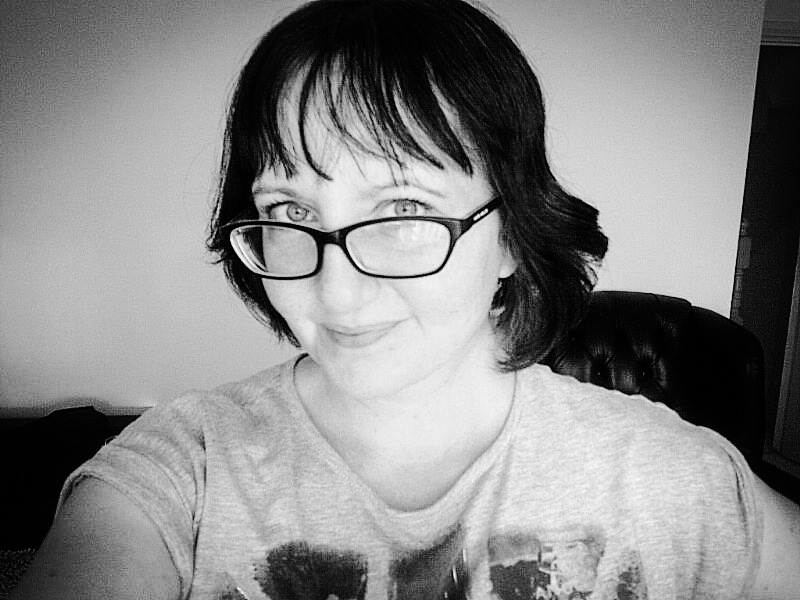 -How and why was this particular photo chosen as the cover to your book?

It was chosen by a whole host of publishing people from both the UK and USA. Originally we had an early photo on the cover, which was actually one of my favourite photos of Madonna, but while some of the team liked it, others didn’t, so it was replaced with the final one instead. I didn’t have anything to do with choosing the photo, but I did approve it of course. I think it is a lovely picture – very classic and iconic. It has had an amazing response so far, so I think the designers did a great job. I like it so much that it is hanging on the wall in front of me as we speak!

-Why did you write this book and what separates it from other Madonna books?

It has always been my dream to write a book about her (see my answer below), so I couldn’t believe my luck when I was able to work on this one. I have every book published about Madonna and this one has a totally different format to any of the other books I have seen. It is made up of 220 photographs, from the very beginning of Madonna’s life, right up to May 2014 when I finished writing. Each page has just one photo and is accompanied by a caption (around 200 words for each photo) on the facing page. So it is very much a visual look at Madonna; a life-in-pictures idea. You can read the caption or you can look at the photo, and you will still get a great idea of what her life has been like, and how she has changed over the years. I have tried to cover every major event, from record releases to marriages, babies, books, tours, films, and everything in-between. It is definitely a celebration of Madonna and everything she has achieved over the years. It is going to be smaller than a coffee-table book in size, but it has more pages than any other photographic book I have seen about her. It has around 450 pages, which I think is more than even the biographies too! I haven’t seen a physical copy of the book yet (I’ll be getting my copy soon) but I think it will be quite heavy!

-When did you first think of writing this book and how did it eventually come together?

I have always wanted to write a book about Madonna, and I actually have various notes and other bits and pieces in my archives, dating back to 1990 when I first thought of writing one. However, there was never an opportunity to work on a book, until now. I approached my publisher with the idea in late 2011, and they commissioned it at the beginning of 2014, after I had worked on several other projects with them in the meantime. My idea at first was that I could maybe write a big encyclopaedia – like an A-Z format – but both the UK and American publisher liked the idea of a photo book. Since I love looking at Madonna photos, this was terrific news for me. I had to write 40,000 words and choose 220 photos, and I had six months to pull it together. However, I had such an amazing time working on the book, that I was able to get it to the publisher far earlier than that. Every day I would start work as soon as I got back from the school run, and then work on and off all day, finishing at midnight. At the weekend I would get up extremely early to work for a few hours before everyone got up. I really was so dedicated to the project and couldn’t believe that I had the opportunity of spending all day, every day, looking at Madonna photos, watching and reading her interviews, and revisiting all my old scrapbooks and magazines. I can honestly say that this has been the most fun I have ever had while working on a project. It was a dream being able to spend all day in the company of Madonna!

-You are a Madonna fan yourself, what was it that attracted you to her? 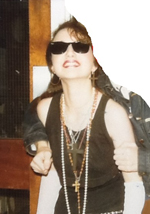 When I was 14 years old, I was getting ready one evening to go to youth club, and Madonna came onto Top of the Pops. I was watching it on a black and white television in my bedroom, so didn’t realise that she was wearing a bright pink wig. But I did like the song and her style, and knew she was someone I was going to become a fan of. The next day I saw the programme in colour and realised the colour of her hair, and I was even more intrigued by her. So it was very much her look that attracted me at first. I bought her singles, then my parents bought me the Like a Virgin album for my 15th birthday and I loved it. I went straight out and bought her first album too, and ever since then I’ve bought all of her albums on the very day of release.

I talk a lot about my love for Madonna in the Introduction of the book. She was my idol from my early teens and remains so to this day. She inspires me; I love her work ethic; her music and her strength among many other things. In this age of reality stars, it is a blessing to have someone like Madonna who actually puts the work in and achieves so much. She has been at the top of her game for over 30 years, and that is nothing short of amazing.

-Which era of Madonna’s career is your favorite and why

I would have to say that it is probably Ray of Light. The moment I heard the title song, I knew it would become my anthem, and now quite a few of my friends say they think of me as soon as it comes onto the radio. To me, that period of Madonna’s life was very positive and bright – she had just had a baby; she was very much into yoga and Kabbalah, and she seemed at peace with herself. I loved the look and tried to emulate the henna tattoos on my hands with disastrous results, but that’s another story!!

-If you were to interview Madonna, what is it you are most interested in to ask her

I often think about this, and I hope to be able to interview her one of these days! I would probably ask if she would ever consider coming back to the London stage. When she was here last time, I had tickets to an afternoon performance, which I was so excited about, but she cancelled them all in favour of just doing evening shows instead. That meant I couldn’t go after all. I was absolutely gutted as you can imagine, so I’d love to have the opportunity of seeing her on stage again – and hopefully it wouldn’t be cancelled this time!

-your last book was based on scandals and this is exactly the opposite, why is this? Respect?

I always have respect for everyone I write about, and actually in The Mammoth Book of Hollywood Scandals I took a very respectful view of the subjects and wrote more about tragedies and funny scandals than anything else. This has angered some readers who wanted to read about nothing more than sex and drugs, but I wanted the book to have a lot of depth and understanding for the people at the centre of the scandals, so I am happy with the way I approached it. This book is certainly very different to the Hollywood Scandals book, but in both I am sympathetic and compassionate to the subject.

-was it hard to not focus on scandals, mostly because it is exactly those ‘media scandals’ that supposedly sells?

Not really. I have never had any interest in writing a book just to dish the dirt as it were. When I wrote Marilyn Monroe: Private and Undisclosed, we had several offers from publishers who wanted to know more about her death, the Kennedys etc. etc and I turned them down because I wanted to write about Marilyn as a human being; a real life living and breathing woman. I was extremely lucky that the publisher I got – Constable and Robinson – was passionate about showing this side of Marilyn too, and I think the lack of trashy stories in that book has made it a very big hit with fans and general readers alike.

When it comes to Madonna, of course I must mention the controversies in her career because at times they have been a very big part of her work. But I am writing a celebration of her life, which means I have taken a very positive angle and I have no interest in delving into the murky depths of media scandals and made-up revelations. This is very much a life-in-pictures book, and I think the fans will appreciate the direction I have taken with it.

-What is your fascination with Marilyn Monroe?

Marilyn has been a huge inspiration to me since I was 15 years old. I discovered her when I was on holiday with my family, and I saw a photo in a souvenir shop. I had seen some of her movies and knew who she was of course, but I didn’t know anything about her life at all. So for some holiday reading I decided to buy a book about her, and luckily for me it was a very good one by Fred Lawrence Guiles. From then on I was completely hooked and I spent all of my pocket money on pictures and books. I have been collecting ever since. She is very under-estimated as an artist and a person. For some bizarre reason, people seem to see her as a dumb blonde because those were the roles she played, and yet the truth is that she was highly intelligent; always striving to better herself and was an extremely generous, loving human being. She was not perfect (none of us are) but she was and is a true role model; a perfect example of what someone can achieve, regardless of where they came from. Marilyn came into this life as a waif (her words) but went out as the most famous woman in the world. She was complicated and at times sad and depressed, but she was a human being who always wanted to become a better version of herself; always learning and surrounding herself with books and teachers. I appreciate that, as I am always striving to be the best I can be as well.

-Any ideas for future books?

I have another Marilyn book coming out in July (co-authored with Astrid Franse) called Before Marilyn. It is a look at her modelling career through the eyes of the Blue Book Agency which represented her. Then in October I have a book coming out about 1930’s film star Thelma Todd, which is called The Ice Cream Blonde. Future plans include a biography of Carole Lombard (my agent is sending it out to publishers as we speak) and a few other projects that are in the early stages.

-do you think you will ever be writing a follow up to this Madonna book? 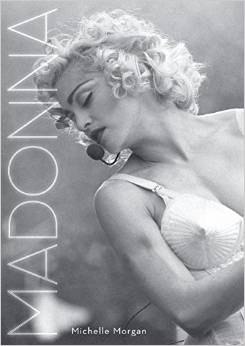 You are welcome to share the above interview, as long as you credit MadonnaUnderground as the source. 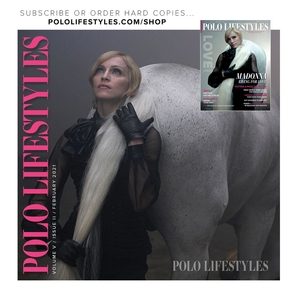